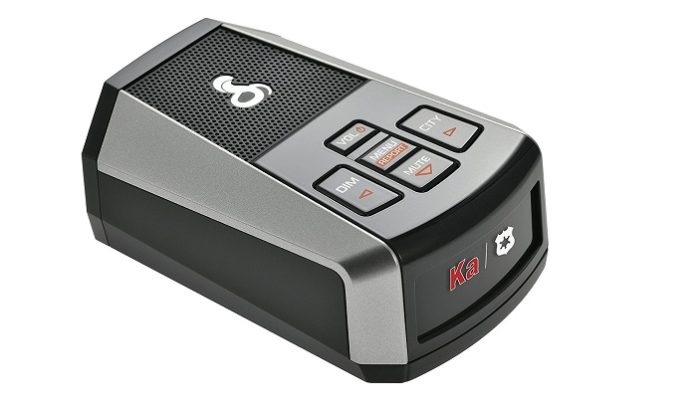 Feels like I left the best for last in so many ways with this Cobra build. The others I reviewed in the series were bare bones affairs, able to do what’s needed, but short on bells and whistles, and in so many ways the Cobra DSP 9200BT is the same. A simple detector, with decent range, a fine filtering algorithm that will get the job done. It’s also barely bigger than your car keys. I have yet to come across a model that can match it for the form factor, and it really elevates what would be a humdrum build to the upper levels. The small form factor makes it unobtrusive no matter where you place it, and a small profile is makes it far more subtle than any other model on the market. Needless to say I went into this review impressed.

One of the things I found interesting over the course of my research into Radar detectors is how little the core tech has changed in the last few decades. valentine are still selling the V1, which so far as I can tell showed up in its current stat in the nineties. For most models what you are paying for is the software. Not quite the case here though. Don’t get me wrong, the DSP 9200BT’s software is more than up to the task at hand, but it’s that form factor that shows us some of the actual hardware advances. The miniaturization of the tech is impressive, and is something I expect to see more and more and the years go on.

Now to the review itself. Always best t start with the look and feel of the build, and it is here that this Cobra build will likely fall down a little on. Not for the reasons you think though. Read on for the full review.

Well this is some welcome news. It seems as though Cobra have come out with an app for their popular range of radar detectors. It allows me to look at their models with a new eye, and I will of course be updating my reviews to reflect this new development. it is a little limited at the moment, being for the latter day models more so than the dirt cheap older models, but it can still function with them in some nice ways. Today is a look at one of their higher end models, one that focuses on a combination of light features, buoyed by the app and shrunk down to a tiny size. It is an exciting development in the world of radar detectors. First the look of the build.

I can fit this thing in my mouth. I do not recommend you do the same, it tastes like a factory floor, but still, it is amazing to me that this fully featured build is so small. It looks great too, inconspicuous and symmetrical, Cobra have always had great looking builds, and this really is a culmination of that. The display is basic, but in the best way. It is crystal clear, way better than the older big LED models, and it displays the strength of incoming signals, and their band. While you are on the move there isn’t anything else you need, and that simplicity plays into their hand so well. It’s light too, but in a good way, it is small enough to be robust enough to take a hit, if you get my meaning.

The mounting bracket that comes with it is okay. It is not a patch on the Escort bracket, but I get the idea. It keeps the price nice and low, and it does the job. No need for bells and whistles in this area, but I still like to see them. The mute button being on the model, rather than on a cord, is a bit of an oversight in an otherwise well designed build. I dislike having to lean over to shut off the false positives, and you will get a few. Considering this is how you program it I was dismayed.

So let’s talk about that app. I cannot believe this thing exists on such a discounted line of products. It links into GPS, and all the other app users on the road. The simple layout makes it safe to use on the fly, and there are few others on the market that can match it for usability. I feel a bit of an idiot for not finding this thing sooner. It puts the Cobra series on par with the Escort line, and I really do have to go back and update those reviews. Expect to see a Cobra hit the top spot in my upcoming top ten.

The range is fine, nothing to write home about. You get about a mile of warning when running on the detector only. When you are running the iRadar service that range is extended to country wide, which is impressive.

One feature being pushed by pretty much every radar detector firm out there is the laser detection  systems that come with radar detectors. Let it be said first, it works, or course it does, but it’s also almost entirely useless in the real world. It’s all to do with how LIDAR speed guns work. They are not like radar guns, which for the most part spew out radar signals in all directions, making them easy to pick up at range, they are point to point systems. this means that if your detector goes off claiming LIDAR, you are almost always already hit and your information is known. They can sometimes pick up refraction for a nearby vehicle that is being hit, but this is too circumstantial for me to call it useful. there are other options out there for dealing with LIDAR, and I mention them later in the review.

One last thing, some radar speed guns also work on a point to point system, they are rare, but they are almost impossible to pick up. So I recommend you run with your iRadar on at all times, keeping you protected from all the threats, rather than most of them. Overall, this is a great build, the on board systems might not be the most roust, but the form factor is impressive, and the iRadar really elevates the package above and beyond.

I love the fact that I get to talk about the law regarding these products. No other product line I’ve gotten to review in the last year required me to look up statutes and cite them in the article, so this has been fun. Let’s get the bad news out of the way first. Radar detectors are illegal in pretty much all countries except the US. You can’t even drive up into Canada with yours on, which can be an issue for those who make the crossing on a regular basis. In the US you are covered by the Communications Act of 1936 when using them in non-commercial vehicles. If you are driving a commercial vehicle I am afraid you will have to disable your detector, as they are illegal. In addition, using a radar detector in Virginia or DC is illegal, same goes foe Military Bases. Finally there are some restrictions in place as to what you can put on your windshield in Minnesota and California, so be sure to fix them elsewhere should you be there. As an aside, while Radar Jammers are illegal everywhere, LIDAR jammers are not, so for best results pair a good radar detector with a LIDAR jammer. Be warned though, some folk have been pulled on obstruction of justice charges through the use of a LIDAR jammer. At your own discretion I think.

Now to the price. This is a discontinued model, so the price as listed on the Cobra site is not indicative of the actual real world price. You can usually find it for under $200 if you know where to look, I recommend checking out all the current discounts available at Amazon.com by clicking here to view the price with the discounts applied.

When you factor in the feature set, and the bonuses on offer from Cobra, you have one of the most attractive models on the market. There are more powerful builds out there, but the onset of iRadar has render long range detectors somewhat superfluous. If you want a fully packed model, in a fine price range, this might be perfect for you.

Now to the warranty. The Cobra warranty is fairly standard, 1 year covering factory faults. I think it is easy to argue that if the product breaks down after one year of use then it should fall under this, but you may have to press this issue, I know I have with other firms, but I tend to come out on top. The downside is that you only gain access to the warranty if you buy from a licensed dealer, or direct from Cobra. Not my favorite policy, but one that is at least understandable. your best option is to find a dealer on Amazon, one that provides their own coverage in addition to Cobras, that way it will combine with Amazon’s own consumer protection policies and you get the best of everything.

Overall this is a bit of a mixed bag. The small form factor is impressive, but the price is a little outside my comfort zone for so basic a model. I have reviewed most of the products in the cobra line and this is a bit of an odd duck in the line up. Best to look elsewhere, either with Cobra or another firm. If you have your heart set on spending $400 on a radar detector I recommend looking at a different company.

I have loved the Cobra line ever since I saw the price of the first detector of theirs I reviewed. It was the main selling point for me. Sure, it takes a little more work to get going, but for a regular route on a budget there wasn’t anything better than a Cobra. Here they took that and knocked it out of the park. The iRadar app is one of the best on the market, comparable with the Escort app, and the price here makes it the most attractive purchase available for me. There might be more advanced models out there, but this has it all, and doesn’t break the bank. I don’t expect them to stick around though, seen as they are an older unsupported model. Snap one up quick.

To check out all the current discounts available at Amazon.com Click Here