What Happened to Jojo Simmons – What is He Doing Now in 2018? 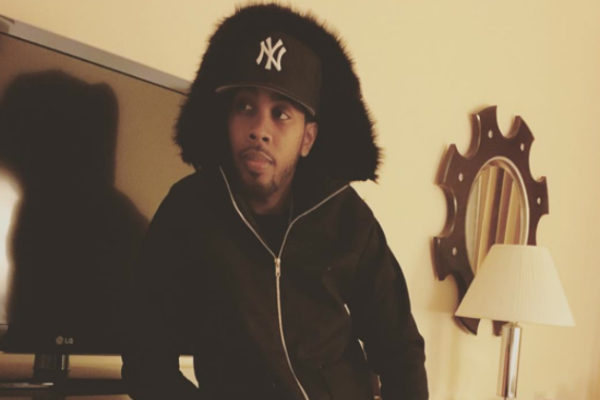 Son of the legendary Reverend Run of Run-DMC, Jojo Simmons was introduced to audiences through Run’s House, and gained a bit of popularity. But since the end of the Run’s House series in 2009, many have been wondering what Jojo has been up to. Here, we see the history of Jojo Simmons and where he is now in 2018.

Born Joseph Ward Simmons, Jr on September 29, 1989 in New York, JoJo is the son of Rev. Run and Valerie Vaughn. One of six children, it is clear that family influences were key in Jojo’s development, as he has had a go at forming a rap group with his brother’s Reggie and Zack. In high school, Jojo would bounce through three different schools, eventually graduating from Northern Highlands Regional High, in neighboring New Jersey in 2007.

While there has not been much in terms of news on Jojo Simmons, there have been a handful of events which has seen Jojo make headlines. The first of these was an arrest very soon after his graduation in New York for possession of Marijuana as well as a charge of resisting arrest.

Not long after, a scandal broke out regarding a false Facebook account with his name eliciting sexual favors from Actress Kerry Schwartz, who the false account promised would get a job if she complied. Schwartz as a response put the account (and Jojo, who she thought was the culprit) on blast on her own account, calling out Simmons as “immature, egotistical” and “unprofessional”. After it was exposed that had transpired, she ended up deleting the post and it is assumed that relations between the two were not harmed.

In 2013, yet another scandal broke this time, much more serious than the last. As a result of his raps and beef against Juelz Santana, who had some Skull Gang affiliate friends, Jojo was put in a severely compromising position for all the world to see. Run up by a Skull gang member known as Hynief, Jojo was caught off guard and threatened into calling and apologizing to Santana for a recent diss track he had made. To make matters worse, a photo was posted of him making the call to the gang member’s Instagram, showing Hynief holding Jojo up by the side of the shirt while doing so. After the incident, Jojo stressed the idea that violence should not and would not be the response, while a good deal of supposed Crips members backed him up and uttered threats to those who would try to commit violence again.

What’s Jojo Simmons Up to Now in 2018- Recent Updates

As of 2017, Jojo appears to be taking on two new roles: Being a father and a producer. On February 20, 2016 it was reported that he and long time girlfriend Tanice Amira had a baby girl named Mia KayLee Simmons, and that both mom and baby were happy and healthy. It was clear that this birth was celebrated across the family, as photos were posted to social media (and then quickly pulled down out of respect for the couple’s wishes) welcoming the baby girl as “Granddaughter #2”.

Only a month earlier, it had been reported that Jojo Simmons would leave rapping and instead focus his work in cultivating new talent. Working through a business called Whose House Entertainment, Jojo signed a young artist named Jacob Santana as his premier artist. While many may have criticized Simmons for leaving the rap game too early, this would seem a natural path to take for him. Given the fact that he has a net worth of around $2 Million currently, it can be safely assumed that Jojo has some room to experiment in the future, and hopefully plenty of time to spend with his new family and daughter.