Christian DelGrosso Net Worth 2018 – From Vine to Social Star 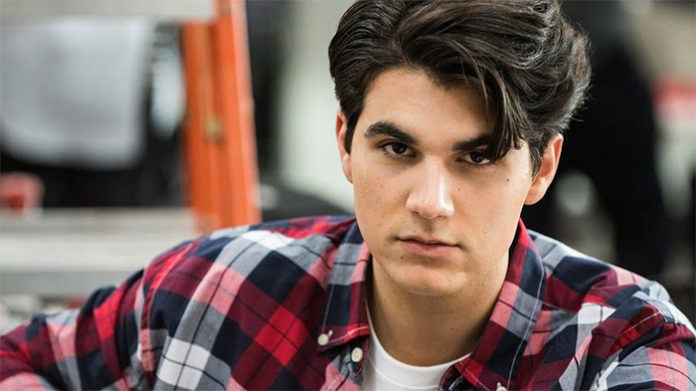 Christian DelGrosso is best known for being one of the most popular users on Vine with over 7 million followers. Born and raised in Canada, his comedic talents have captured the hearts of fans all around the world.

Throughout his Vine career, he collaborated with a number of stars including Matthew Espinosa and Cameron Dallas. Following the shut down of Vine in 2016, DelGrosso refocused his attention to his other social media accounts, which have since garnered over four million followers combined.

As one of the top users on Vine, DelGrosso had earned himself a fair amount of money from the platform by the time it had closed. Since then, his fortune has only continued to increase, with the ongoing growth of his presence online.

Currently, it is estimated that the internet personality has a net worth of $500,000. How many sources of income does he have? Where did he earn this amount from? Let’s find out.

How did Christian DelGrosso Make His Money & Wealth? 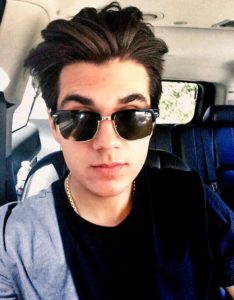 Born on May 24, 1993 in Ontario, Canada, Christian DelGrosso was raised in the capital city of Toronto, with his younger brother, Julian. Growing up, he idolized Will Ferrel and Jim Carrey- both of whom he’s credited as being his greatest career inspirations. In fact, he’s confessed that he’d love an opportunity to work with the stars at one point. As a teen, he was both outgoing and friendly- traits that ultimately earned him many friendships at high school.

Ever since he was young, DelGrosso had dreamt of pursuing an acting career. Following his high school graduation, he went to work at a local sandwich store in order to financially support himself. During his off time, he would attend various acting workshops in the city, in hopes of one day realizing his dream of entering the show biz.

Interestingly enough, DelGrosso had never heard of Vine before, prior to coming across it in 2013. Deciding to try his hand at the new social media phenomenon, he created an account for himself and promptly began uploading clips onto his page. In fact, his first vine titled, How to Show Your Mom Vine, featuring his mother, was uploaded in May 2013.

With his dashing looks and contagious humour, the Canadian comic quickly garnered a devoted fanbase online. Within just a month of creating his account, he had reached the 10,000 followers milestone on June 12, 2013. From there, his popularity only continued to increase; before long, he had well over a million subscribers.

Known for being able to find humour in the most mundane of situations, DelGrosso effortlessly cemented his place in the social media realm. During his Vine career, he collaborated with a number of fellow Vine stars including Matthew Espinosa and Cameron Dallas, who had over 6.3 million and 8.1 million followers respectively. If anything, their joint endeavours only worked to further bolster his fame and status.

By the time Vine closed in January 2016, the Canadian personality has over 7.6 million followers- making him one of the most popular stars on the platform. Having found ways to monetize his Vine account, DelGrosso partnered up with a number of brands throughout his Vine career, all of which earned him a fair amount of cash.

For social media influencers, such as DelGrosso himself, it’s not uncommon for brands to contact them regarding product endorsements. On average, it’s said that a brand mention can earn an individual upwards of a few thousand dollars while a product campaign can easily yield tens of thousands. Although we don’t know how much earnings DelGrosso took in from Vine, it’s probably fair to say that it’s no negligible amount. Some of the companies that he’s worked with in the past include Amazon, SlimJim, Star Wars, and Swiffer.

Like many Vine stars, DelGrosso turned his attention to  Youtube following the shut down of Vine. Unbeknownst to some, he had actually created his Youtube channel back in 2013, not long after he first settled down in Vine.

Over the last four years, the social media personality has accumulated over 1.5 million subscribers on Youtube. As if that wasn’t impressive enough, he’s also garnered more than 158 million video views across his channel. Currently some of his most popular videos include Reacting to Musical.lys, Try Not to Laugh Challenge 2, Clown Sightings!!!, and Funniest Breakup Text Messages.

On average, DelGrosso’s Youtube channel receives roughly 570,000 views on a daily basis. Assuming that 40% of his total views are monetized, this works out to be a little over $800 in earnings a day. If we’re to convert this to an annual salary, it translates to approximately $315,000 a year.

So far, his top video titled, Funniest Kid Test Answers! has received over 6.1 million views. Let’s do a little math- assuming that he earns at least $2 per 1,000 monetized views, then he’s earned close to $5,000 from this one video alone.

On Instagram, the comedian has also amassed over 3.3 million followers. As with other social media platforms, celebrities such as DelGrosso himself are capable of earning money through various endorsement deals. How much does the average celebrity get paid for sponsoring a product on their Instagram? While this varies from brand to brand, on average, the amount can easily be in the tens of thousands. With such a great following, DelGrosso would surely have no problem standing these gigs.

Outside of his online endeavours, DelGrosso has also recently broken into the realm of television and film. In 2015, he co-starred in the movie short, Insidious 3: TipToe Through The Tulips, alongside Meg DeAngelis and Brittany Furlan. Later that same year, he also appeared in the TV mini series, Flaunt (2015).

In the summer of 2016, the actor appeared in his first feature film, Internet Famous, a comedy flick that starred Wendy McColm, Shane Dawson, and Steve Greene.

A couple of months later, DelGrosso once again returned to the big screen- this time in the comedy, Mono (2016). In the film, he portrayed a character by the name of Bucky, one of the main protagonists.

Altogether, these stints would have yielded him a few tens of thousands of dollars.

Recently, DelGrosso also joined Magcon- a group of (former) Vine stars who often go on tour together, as a special guest. Just last March, he joined the boys up on stage at a few panels in Austin, Texas, where he had the opportunity to entertain the crowds.

From everything that we’ve said above, it can easily be seen that the Canadian star’s income comes from a variety of different sources. Having said that, it’s probably not too far fetched to say that most of his wealth has stemmed directly from his success on both Vine and Youtube. As we’ve mentioned earlier, it’s likely that he earns a considerable amount passively through Youtube. While his television and film appearances have been rather scattered over the past couple of years, the gigs would have undoubtedly supplemented to his overall income.

Currently, it is estimated that Christian DelGrosso has a net worth of $500,000.  Sure, it may not be as high as a few other social media stars, but really- it’s quite impressive for a twenty four year old. Seeing as how he’s recently broken into television and film, it wouldn’t be surprising if he were to pick up a few lead roles in the near future (In fact, according to IMDb, DelGrosso will be appearing in a few film titles this upcoming year).

So will this Youtube personality’s fortune continue to go up in the next few years? Considering all that he has going for him, both online and offline, we’ll have to go with yes. Assuming that he’ll be continuing with his social media endeavours, it’s actually hard to think the opposite.

No, Christian Delgrosso is not married. However, he is currently in a relationship with Kristen McGowan, a fellow Youtube personality; the two have been dating since 2016. Over the past year, the pair have appeared in numerous videos together.

It’s unknown whether or not DelGrosso has had any relationships in the past.

Does Christian DelGrosso Have Any Children?

No, Christian DelGrosso does not have any children that we know of.

Did Christian DelGrosso Go to College?

No, from our research, the Youtube star did not go to college. Since he finished high school, he’s been focused entirely on his social media career.

Like many celebrities, DelGrosso has never revealed his living quarters to the public. Having said that, he recently stayed in a $3 million mansion during the filming of his new television series; he later posted a virtual tor of the home on his Youtube channel this past January.

Unfortunately, we do not have any pictures of Christian DelGrosso’s house to share at this time.

What Kind of Car Does Christian DelGrosso Drive?

We currently do not have any information on Christian DelGrosso’s car.

Christian DelGrosso as a Philanthropist

This past January, DelGrosso participated in Bell’s Let Talk campaign, where every retweet of his tweet sent 5¢ to support mental health programs. By the end of it, his message had raised close to $200, after being retweeted 3,599 times.

How Much Did Christian DelGrosso Earn Last Year?

Regrettably, information on his 2016 income is currently unavailable.

At just twenty four years of age, Christian Delgrosso has become one of the most well recognized internet celebrities in the world with over 6 million followers across his social media accounts- that’s not including the 7.6 million, that he had achieved on the video-sharing platform, Vine.

For his work on Vine, DelGrosso was nominated for a Best Vines Ever Award (e.g. Best Action Vine) this past May. Some of the other nominees in his category include Brennan Tracy, Jesse Popp, Kalani Ballfree, Marlon Webb, and Rudy Mancuso, among others.

As far as upcoming projects go, it’s recently been announced that the Vine star-turned-actor will be starring in a digital series  called MOOOM on the streaming platform, Blackpills. According to reports, the comedy series will feature DelGrosso as a young man whose dead mother comes back to criticize him.

The last that we checked, the show was under way at a studio in Montreal. In addition to DelGrosso, MOOOM will also star Logan Paul, who will also help to produce the series.

In addition to that, he’ll also be making a couple of appearances in the films, School Spirits and #Speedball, according to IMDb.