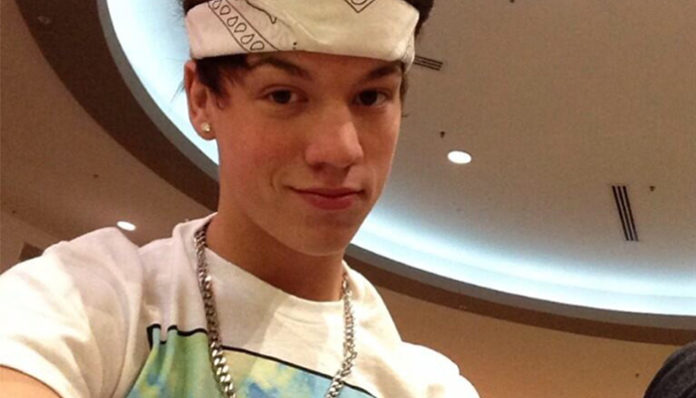 Taylor Caniff first rose to fame in 2013 for his comedic sketches and pranks videos on Vine. Hailing from Indiana, he enjoyed a fairly idyllic childhood in and around the area of Princeton. At the age of sixteen, he created a Youtube account, which effectively kicked off his social media career. Putting his impeccable comedic talents to use, he started to upload a number of videos onto his channel.

Having said that, it wasn’t until 2013- after he joined Vine, that he garnered widespread attention. Known for posting six-second long clips of pranks, and comedy sketches, Caniff’s follower count quickly rose to be in the millions. By the time Vine had shut down in early 2016, he had over 2.3 million fans on the platform.

Now, it’s no secret that social media celebrities are capable of earning some amount of cash online. According to various sources, Taylor Caniff currently has an estimated net worth of $2 million. What are his different sources of income? Where did this money come from? Let us take a look.

How did Taylor Caniff Make His Money & Wealth? 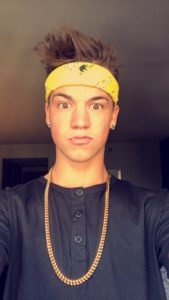 Born on February 3, 1996, Taylor Caniff spent the majority of his youth in Princeton, Indiana. When he was a child, he was involved in an unfortunate accident where his father accidentally ran him over with his vehicle; fortunately, he made a full recovery after undergoing surgery. Growing up, he enjoyed a number of sports but was especially fond of basketball, which he frequently played with his friends.

While he was still a high school student, Caniff created a Youtube channel, which effectively marked the beginning of his online career. Putting his video-making and comedic talents to good use, he started to record and upload a number of skits onto his page. However, it wasn’t until a year later in 2013, that he first garnered widespread attention on the six second video sharing service, Vine.

After creating a Vine account for himself, Caniff posted his first clip on May 8, 2013. From there, his presence on the web quickly grew; it wasn’t long until his comedic clips had earned him a few million followers. Following his initial rise to fame, the Indiana native started to post various other videos such as clips, and those of his everyday life.

From there, Caniff eventually joined the MAGCON boys, a group made up of a number of Vine stars including Nash Grier, Cameron Dallas, Carter Reynolds, Aaron Carpenter, Jack Johnson, and Shawn Mendes, among a few others. Some of the most popular stars on the web, they eventually embarked on a tour, which allowed fans for them to “meet them in a safe way”. A highly anticipated event, 2,500 tickets quickly sold out in a matter of seconds.

Just last year, the MAGCON boys hit the road for their 2016 tour, which saw them travelling to over 30 different cities across the world- from Berlin, Germany, to Auckland, New Zealand. Considering their degree of fame and how many of their dates had sold out, it’s extremely likely that Caniff had managed to bank a significant amount from the event.

As one of Vine’s hottest stars, Caniff would have also earned a considerable figure from endorsing various brands. For instance, it’s not uncommon for companies to reach out to such “influencers”, for them to promote a certain product. Obviously, the amount offered for such a gig ranges greatly, however the pay usually averages in the tens of thousands. In addition to that, some social media personalities are also paid a few thousands for simply mentioning a brand on their page.

While we don’t know for sure how much he’d yielded from his Vine account by the time the platform closed in January 2016, it’s likely to have been in the hundreds of thousands. By the end of his Vine career, Caniff had accumulated over 2.3 million followers- which is nothing short of an impressive feat.

Although he had always updated his Youtube channel on a regular basis, it soon became his main focus following the closing of Vine. Since then, he’s posted countless videos, most of which include fan challenges, stories of his experiences, and various pranks on friends. Some of his most popular uploads to date include Matt Almost Died, The End Taylor Caniff, Ice Bucket Challenge Gone Wrong, and Things Cleared Up, Taylor Caniff & Carter Reynolds.

As of June 2017, the social media personality has accumulated over 400,000 subscribers and more than 9.1 million video views across his Youtube channel. Currently, his most-viewed video is that of the music video for his song, On Me (Ft. Trey Schafer), which has since been viewed over 1.1 million times.

Naturally, Caniff has been able to monetize these views on Youtube through Google’s partnership program. On average, a Youtuber earns anywhere from $2 to $5 dollars for every 1,000 monetized views. So then the question is, how many monetized views does he have? Considering how it’s typically 40% of one’s total video views, this equates to roughly 3.6 million views. Using this number, we get an earnings of at least $7,200.

In the past years, he’s also taken part in numerous public events- all of which would have supplemented his overall income. For instance this March, Caniff held a Pop Up Meet & Greet, which saw him travelling to a number of US cities from Columbus, Ohio, to Nashville, Tennessee. According to his official website, the event will be continuing until the end of June at Indianapolis.

For devoted fans, individuals are also able to purchase official merchandise from his online store. Accessible via merchnow, Caniff has a wide array of products for sale including t-shirts, hats, and hoodies which range anywhere from $15 to $45 each.

In 2016, Caniff received a huge break after breaking into the realm of television in the TV series, Chelsea, where he made a special appearance as himself. Later that year, it was announced that he will be starring in the Netflix reality series, Chasing Cameron.

Premiered on December 27, 2016, Chasing Cameron revolved around his road to fame, and the prices that he’s had to pay to achieve said stardom. The series ultimately consisted of ten episodes, all of which were released at once on the video-streaming site. Regarding the possibility of a season two, Caniff stated that “for sure there will be a season 2”.

Currently, it is estimated that Taylor Caniff has an overall net worth of $2 million. Drawing from what we’ve explored above, this fortune mostly came from his success on both Vine and Youtube; the tours that he’s embarked on over the past years would have also supplemented to the amount.

Considering how he got his own Netflix series last year, and that its highly likely to have a second season, we’re inclined to say that his popularity will continue to soar in the near future. Given that he continues on with his Youtube channel, his passive stream of income from the site is also like to increase as well.

No, Taylor Caniff is currently single, from what we can tell. At one point however, there were rumors about him dating fellow online star, Taylor Alesia- these claims have since been confirmed to be false by the Youtuber himself.

Interestingly enough, he announced that he’s never been in love via Twitter in 2016.

Does Taylor Caniff Have Any Children?

No, Taylor Caniff does not have any children that we know of.

Did Taylor Caniff Go to College?

No, from what we can tell, the Youtube star did not go to college. Upon graduating from high school, he presumably began working full-time on his online career.

This February, Caniff announced through his Twitter that he was moving out of his house and into a small apartment. Having said that, details of his new pad have never been revealed- we can only assume that it’s somewhere in Los Angeles.

Prior to this, he was living in a house that he had purchased back in 2015 (when he was only nineteen), in Las Vegas.

We do not have any pictures of his home to share at this time.

What Kind of Car Does Taylor Caniff Drive?

Having said that, we do know that he rented a chrome Lamborgini back in 2015, which he showed off on his social media accounts.

How Much Did Taylor Caniff Make Last Year?

Information on his 2016 salary is not available at this time.

Within just a few years, Taylor Caniff has made himself to be one of the most prominent stars on the internet. Across his social media accounts, the Indiana native has amassed well over 6 million followers- and that’s not including the 2.3 million that he had on Vine.

A multi-talented young man, he’s also released two charting singles with his partner in crime, Dillon Rupp. Even more impressive perhaps, is the fact that he got his own reality series, Chasing Cameron on Netflix last year.

In 2016, he was nominated for a Teen Choice Award for Choice Male Snapchatter.

As mentioned earlier, Caniff is currently on the road for his Meet & Greet tour. Unfortunately, he ran into quite the situation this past May, in the midst of the event. Before a scheduled show in London, he was given a drug at his assistant’s birthday party, which ultimately landed him a trip to the hospital; due to these “unforeseen circumstances”, he had to cancel the show.

Fortunately, he has since recovered and according to his schedule, still has a few dates left for his tour. For more information, please visit his official website.