AJ Mitchell Net Worth 2018 – How Much The Singer Makes 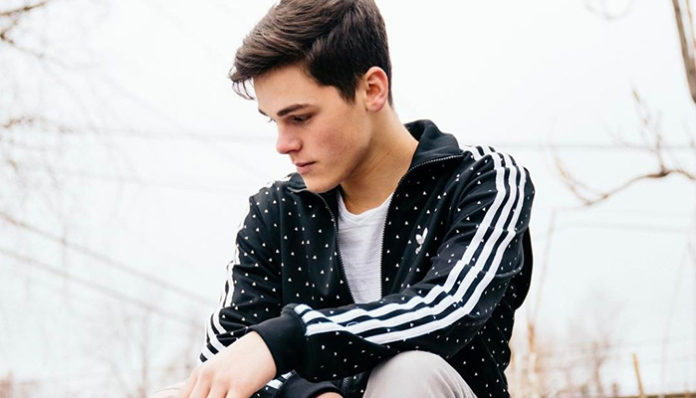 American singer-songwriter AJ Mitchell rose to fame after showcasing his talents on Instagram. Often hailed as a musical prodigy, he began playing musical instruments at the tender age of five. With his natural flair for music, it didn’t take him long to master the art form.

Before long, Mitchell was penning and composing his own songs in his early teens. From there, the aspiring musician eventually began creating music videos, which he later posted onto Youtube. Gradually getting more involved with social media, Mitchell subsequently began uploading clips of his work onto other platforms such as Instagram and Vine. With his attention-grabbing content and proven talent, he quickly garnered thousands of followers online.

Nowadays, he has amassed well over 1.3 million fans on Instagram alone. How much has he managed to earn from all of his online endeavours? Allegedly, AJ Mitchell’s net worth is around $40,000, give or take some.

How did the fifteen year old singer make this amount? Let’s find out.

How did AJ Mitchell Make His Money & Wealth? 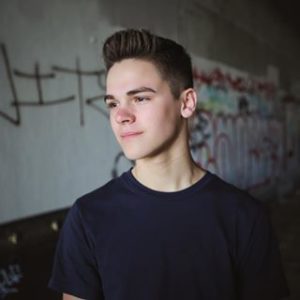 Born on May 17, 2001, in Belleville, Illinois, AJ Mitchell displayed a keen interest in music as a young child. Encouraged by his parents (his father played the piano), he eventually took up various musical instruments at the age of five. With his natural talent, he quickly mastered the art form; in particular however, he was especially fond of the piano. Considering what he was able to accomplish in such a short period of time, many had hailed him as a musical prodigy.

After many hours of perfecting his sound on the keyboard, Mitchell started to write and compose his own songs by the astonishing age of six. Since then, he has penned 30 original tracks! Continuing to hone his craft into his teens, he was eventually selected, as the only freshmen, to join his high school’s choir. During this time, he also performed at a number of local bars and coffee shops around the city.

From there, Mitchell soon began to develop his own music videos, which he subsequently uploaded onto his own Youtube channel. Some of his original songs that he initially posted onto included Reminds me of You, The Girl You Used to Be, and Alright. With his knack for music and singing, his videos quickly racked up the views, as his subscriber count steadily grew.

Since he first created his Youtube page back in May 2014, his channel has reached over 245,000 subscribers- not only that, but his videos have collectively been viewed more than 3.8 million times. For a fifteen year old, these are some pretty impressive stats.

So far, his cover of Issues by Julia Michaels has garnered the most clicks on Youtube, having been viewed over one million times in just three months’ time. Some of his other popular covers include All Time Low by Jon Bellion, In The Name of Love by Martin Garrix & Bebe Rex, Say You Won’t Let Go by James Arthur and Shawn Mendes, and Guillotine (Feat. Travis Mendes) by Jon Bellion.

Surely, with the amount of streams that he has coming in on Youtube, he’s managed to earn some cash through his work? On average, Google pays its users anywhere from $2 to $5, depending on one’s individual content and audience, for 1,000 monetized views. So then the question becomes, how many of Mitchells’ 3.8 million views are monetized?

According to various sources, only 40% to 60% of one’s total view count is monetized on Youtube. Assuming that 40% of his video views are monetized then, that works out to be a little over 1.5 million monetized views, which translates to earnings of $3,000- this is the minimum that Mitchell’s earned from displaying ads on his videos.

Let’s look at some more statistics- according to Socialblade, Mitchell’s Youtube channel grows by 1,400 subscribers on average, per day. As far as video views goes, he also receives roughly 31,600 on a daily basis. If this upward pattern is of any indication, his popularity on the site will only continue to increase.

After getting settled on Youtube, Mitchell decided to branch out to another popular social media app at the time- Vine. Due to Vine’s six second limit, the singer found himself sharing a number of short clips with fans. Despite its length, the Vines soon became hugely popular among young teens.

Shortly afterwards, his popularity gained another boost after he had the opportunity to collaborate with Vine star, Jake Paul. Allegedly, Paul had reached out to Mitchell after discovering, and being impressed by his work. Thanks to the collab, the singer’s follower count enjoyed a considerable increase. By the time Vine was shut down in 2016, he had amassed over 87,000 followers- which is quite a feat in itself; his Vines had also been looped over 13 million times.

Since then, Mitchell has also began sharing his work on Instagram. In fact, it was the photo/video-sharing app that brought him the most fame in the past year. Constantly growing in notoriety and fame, his Instagram account has since broken the one million follower mark; as of June 2017, he currently has 1.3 million fans on the app.

Aside from all of that, he’s also amassed quite the following on the audio-sharing platform, Soundcloud, where he’s posted many of his covers. For instance, his rendition of Guillotine by Jon Bellion has since been streamed over 35,800 times. Some of the other songs that he’s uploaded onto the site include All Time Low by Jon Bellion, Issues by Julia Michaels, In The Name of Love (Feat. Bebe Rexha) by Martin Garrix, and Focus by Life of Dillon.

Currently, Mitchell’s Soundcloud page has a little over 2,100 followers. Given that he continues to post new material regularly, this number is likely to go up. Assuming that it goes successfully, he would be able to earn passive revenue by displaying ads between his tracks.

Offline, the fifteen year old has also banked a fair bit from putting on live shows. Just last year, he became associated with Team 10, with whom he hit the roads for the Team 10 Tour Feat. Jake Paul alongside Neels Visser, and Alissa Violet. Kicked off at Nashville, Tennessee, on October 15, 2017, the tour continued for close to two weeks, before ending at Toads Place in New Haven, CT, on October 30, 2017.

In addition to concerts, Mitchell has also been involved with numerous fan meet ups over the past year. In fact just this past April, he organized a meet and greet event at The Grove in Los Angeles, California. Surely, the singer would receiving a booking fee for each of these gigs.

Last summer, his popularity also went up after he tried his hand at the auditions for the popular singing competition series, The Voice. Unlike the traditional try outs however, Mitchell had auditioned via Snapchat, alongside three others. Ultimately, he earned a spot in the show after singing All of Me by John Legend, which successfully impressed all four of the judges.

In September 2016, Mitchell was announced as the first ever, winner of #VoiceOnSnapChat, after being the top-voted performer.

Currently, it is estimated that AJ Mitchell has a net worth of $40,000- how many fifteen years old do you know that have this kind of wealth? From everything that we’ve said above, most of his fortune presumably stemmed from his online success (e.g. Youtube, Instagram, Soundcloud, Vine). Considering how he has his whole life in front of him to hone, and perfect his music, it’s almost impossible to say that his overall net worth won’t be growing in the future.

If anything, he may even end up breaking into the TV realm.

No, the fifteen year old singer is not and never has been married (we’d be surprised if he was!). From what we can tell, AJ Mitchell is currently single; he hasn’t posted anything that has indicated that he is currently in a relationship.

Does AJ Mitchell Have Kids?

No, AJ Mitchell is not a parent.

No, the singer-singer is presumably still in high school considering his age. Given the direction that his musical career has taken, it’s unknown whether or not Mitchell has any plans to attend college following his graduation in a few years time.

We have almost no information on this seeing as how he’s rather tight lipped about his personal life. Having said that, we do know that Mitchel recently moved from Illinois, to Los Angeles, at the beginning of 2016 to better pursue his dreams. Seeing as how he’s still a minor, it’s highly likely that he still resides with his parents.

What Kind of Vehicle Does AJ Mitchell Drive?

At just fifteen years old, AJ Mitchell has not yet reached the age to drive. Should he attain a vehicle after getting his license, we’ll update this page and let you know.

How Much Did AJ Mitchell Earn Last Year?

We do not have information on his 2016 salary available at the moment.

At just fifteen years old, AJ Mitchell has made a name for himself as an emerging music talent in the online world. On Youtube alone, the singer-songwriter has managed to amass over 245,000 subscribers- a number that continues to grow by the day.

A member of the Team10 crew, he also recently had the opportunity to perform on stage, at various US cities from Pittsburgh, Pennsylvania to Syracuse, New York. How many teens do you know that have had the chance to tour the country as a singer?

According to the singer himself, he is currently working on recording his first studio album.

This year also marked the launch of his Soundcloud account, to which he’s posted all of his cover songs. Within just a few month’s time, his tracks have already earned hundreds of thousands of streams combined.

Constantly working to put out new songs, Mitchell has of course, also been updating his Youtube channel with new videos. Some of the latest titles that he’s uploaded include Life of Dillon – Focus, AJ Mitchell (Day in LA), and AJ Mitchell LIVE Performance Recap @ The Grove.