Marcus Johns Net Worth 2018 – How Wealthy is the Social Media Star? 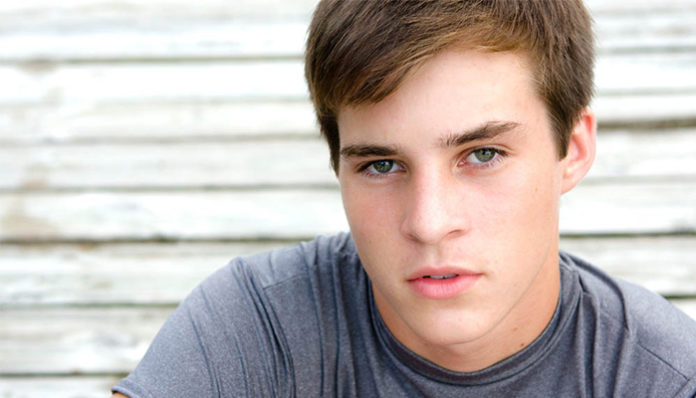 A popular social media personality, Marcus Johns had himself a considerable audience on Vine with over 6 million followers. Originally from Miami, Florida, he was in fact, an actor before a Vine star. At the age of eleven, he appeared in the horror film, The Punisher (2004), which also served as his motion picture debut.

Before Vine was even created, Johns had appeared in the films A Promise (2005), Canvas (2006), and Rock of Ages (2012). Ultimately it wasn’t until 2013, that his brother Cody introduced him to the video-sharing app. Taking his advice to join, he created an account and began using the platform as an outlet for his comedic creativity.

Before long, his Vines had earned him millions of fans in the community. Since then, Jones has continued with his efforts on Youtube, and Instagram; not to mention, he’s also delved back into the acting scene. With the fanbase that he has, he’s not surprising that he’s managed to bank himself a significant amount throughout the years.

Currently, it’s estimated that the Florida native has a net worth of $600,000. To learn how he had obtained this fortune, let’s take a closer look at his career.

How did Marcus Johns Make His Money & Wealth? 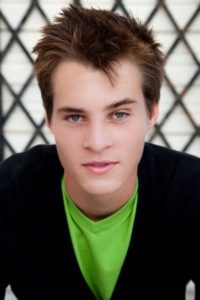 Born on April 11, 1993, in Miami, Florida, Marcus Johns grew up with his siblings, Shelby and Cody. Unbeknownst to many, he was an actor before social media even became a thing- at the age of eleven, he made his official acting debut in the horror film, The Punisher (2004), which starred Samantha Mathis, Thomas Jane, and John Travolta.

From there, he eventually appeared in the movie short, A Promise (2005), before making a couple of appearances in Canvas (2006), and Rock of Ages (2012). After graduating from high school, Johns enrolled at Florida State University to study film making. Ultimately, it during that time that he was first encouraged to join Vine, by his brother Cory.

According to Johns, Cory was one of the first people to get involved with Vine. After trying it out for himself, he introduced his brother to it, having realized that it would make the perfect forum for his comedic, and video-making talents. Taking his recommendation, Johns later created his own account under the username, “marcusjohns”.

From there, the FSU student began uploading content onto his page- after ten days, his content had garnered him over 1,000 followers. As far as how he came up with the material, Johns has stated that he’d gotten most of his content from “everyday life stuff”. However, creating six-second long videos proved to be time consuming; allegedly, it took him upwards of four hours to get a single vine “perfect”.

Having said that, his efforts paid off as his follower count quickly increased to the millions. Before long, Johns had become one of the most popular users on Vine, with over 6 million fans; since then, his page has gotten well over 1.7 billion loops altogether. According to the star, his favourite vine of all time is that of “My Dad is Such a Loser”, which as its title implies, featured a special appearance from his dad.

Thanks to his rise to fame on Vine, Johns was eventually given the gig of being the social media consultant for the 2014 Oscars Red Carpet event. A once in a lifetime opportunity, he quickly jumped at the chance to interact face to face with some of the country’s most popular celebrities. In fact, he was even able to record a few Vine videos with the stars at the event, which he later posted onto his account.

As a social media influencer on Vine, he also had the opportunity to work with a handful of companies, on a number of endorsement deals. For every product or brand that he featured on his account, he would have received a handsome pay check in return. A popular (and relatively new) form of marketing, online stars are capable of earning upwards of a few thousand dollars per campaign, on average.

In addition to Vine, Johns has made a name for himself on Youtube with over 280,000 subscribers. After the former platform shut down, he continued his efforts on his channel, where he has since posted a handful of videos- most of which are vlogs of his everyday life. As of June 2017, his page has reached over 6.5 million lifetime views.

Although his presence on Youtube is still growing, he is still able to monetize his content through the site’s partnership program. On average, Google pays out anywhere from $2 to $5 per 1,000 monetized views- thus, depending on one’s audience and view count, it’s highly possible for an individual to earn tens, if not hundreds of thousands of dollars in ad revenue (given that they have enough views).

Let’s do a little math to figure out a rough idea of his earnings from Youtube- assuming that 40% of his total views are monetized, and that he earns upwards of $5 per 1,000 views, we would get approximately $13,100.

In 2014, Johns also made his return back onto television in the short series, The Principal, where he co-starred alongside Manon Mathews and Eric Artell. From there, he joined the cast of the comedy film, Expelled (2014), which centred around a teenage prankster, whose antics ultimately get him expelled from school. Filmed in Alhambra, California, the movie was released on December 12, 2014.

The following year, the actor made a guest appearance in the TV series, Sadie and Emmie (2015), prior to appearing in the Meghan Trainor’s Lips Are Movin’ music video. Continuing to appear on the small screen, Johns later played a small role in the mystery drama, Major Crimes (2016), after which he appeared in the shorts, Declined Credit Card (2016), and Killer Clown (2016).

That fall, he landed his first recurring role in the crime drama, Cold, which featured actors Annalise Basso, David Ferry, and Devery Jacobs. One of the supporting characters, Johns picked up the part of Adam and appeared for a total of six episodes.

In the past, the Vine star has also appeared on stage for a few live performances. More specifically, he was present at the Royal Tailer @ Activate Tour in Murfreesboro, Tennessee in 2014, and at the TD Echo Beach and Revention Music Centre at Toronto, Canada, and Houston, Texas respectively in 2015.

In terms of his primary income source, it can be presumed that he earned most of his current fortune from his success on Vine.  Thanks to all of the exposure that he has received from the platform, his popularity has grown to new heights over the past couple of years. Since the shut down of Vine, most of his earnings have been coming from his endeavours on television and film.

Currently, Marcus Johns has an estimated net worth of $600,000- not too shabby for someone who’s still in his early twenties. If his past success is any indication of what he’s capable of, then his career will undoubtedly continue to flourish. With time, his following on Youtube and Instagram are also sure to grow. Seeing as how he’s gotten more involved with acting recently, we might just be seeing more of him on both the big and small screen in the near future.

In a recent interview, Johns himself had also expressed that he’s like to continue acting for a bit, after which he’ll work on building a directing and producing career- something that will put his film degree to good use.

This past February, headlines were made after Johns and his longtime girlfriend, Kristin Lauria finally tied the knot after many years of dating. According to reports, the couple had gotten engaged while travelling together in Europe, an experience that Kristin has since shared, in a video blog.

Does Marcus Johns Have Any Children?

No, John Marus does not have any children that we know of. Seeing as how he just got married to his sweetheart however, it wouldn’t come as all too big of a surprise if the couple were to decide to expand their family in the near future.

Did Marcus Johns Go To College?

Yes, after graduating from high school, the famous Vine star continued his studies at Florida State University where he majored in filmmaking (as it happened, he also met his future wife at the institute). As of 2014, Johns was still working towards his bachelor’s degree.

How Much Did Marcus Johns Earn Last Year?

This March, Johns announced through Instagram that him and Kristin had moved into their new home together, in Los Angeles, California. Having said that, the Vine star did not reveal any details on their abode; instead, he simply accompanied the announcement with a photo of them together.

Unfortunately, we do not have any images of Marcus Johns’ house to share at this time.

What Kind of Car Does Marcus Johns Drive?

Ever since he was young, Marcus Johns had been involved with  the entertainment industry. Since he first made his acting debut at the age of eleven, he’s amassed countless followers on social media through Vine, Youtube and Instagram- on Vine alone, he had well over 6 million fans!

In 2014, he even had the opportunity to work as a social media consultant at the Oscars Red Carpet event (where he had the chance to meet with several celebrities nonetheless)- an experience that many can only dream of.

As mentioned earlier, the biggest highlight of his life this year was probably that of his wedding, which took place on February 18, 2017.

In terms of acting, Johns hasn’t appeared on the screen since 2016. Having said that, there have been rumours going around online that he will be taking part in the 2018 film, In This Gray Place– although this has yet to be confirmed.

Online, he’s also updated his Youtube channel with a few videos- his most recent uploads include: Where I Have Been, Why We Waited Till Marriage, Does Vlogging Hurt Your Acting Career?, and 15 Things That I Like.