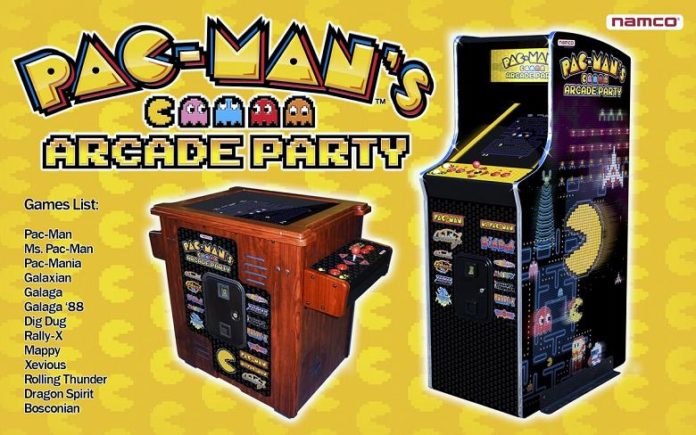 Have you ever wondered to yourself, “I should sell everything I have and downsize but then I can own a sweet lineup of arcade machines?” Well, if you follow that train of thought, you are in luck! Contained below is a list of the 10 most popular arcade machines in the continental United States, which means that these are the machines that you have the highest chance of being able to find. Each machine will be detailed including a quick history, and about how much each machine roughly costs. Do keep in mind that condition is everything, and the person selling their machine to you might not exactly be up-to-date on the market price of a specific machine. 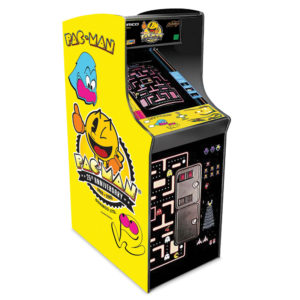 Surprising almost no one, Pac-Man is the first on this list, of course. Pac-Man was released in 1980 and managed to sell more than 400,000 units, which grossed about $7.27 billion (adjusted for inflation) in total from coin drops over the past 37 years. Pac-Man was one of the biggest arcade machines, although there were numerous flaws within the game; ghosts always followed the same predetermined path, which meant that a power gamer could easily memorize the paths and find the best way to get their score. Pac-Man inspired an entire wave of American popular culture, including the hit single “Pac-Man fever.” A small sidenote is that Pac-Man is easily one of the most identifiable video game brands of all time, thanks to the simple design of the characters. Pac-Man is now part of the collection of the Smithsonian Institute located in the Mall of Washington D.C., and also has a place in New York City’s Museum of Modern Art.

Pac-Man machines come in all sorts of packages – a straight up, plain Pac-Man machine might set you back about $750, while a conversion game (you can convert certain arcade boards to Ms. Pac-Man or Galaga, or to play all 3 games) might end up costing you around $1,200 in great condition. Conversion kits sell for around $80 if you wish to convert your game yourself.

Space Invaders, oddly enough, is a rare find now due to the desire to own a machine that has a permanent spot in a collection. If you are lucky enough to find a Space Invaders machine for sale, expect to spend anywhere between $300 and $900, depending on the condition and type of seller you are buying from.

Mortal Kombat was the first game to really glamorize or introduce an element of overabundant gore in arcade games, which created a huge shock and caused many, many parents to ban their child from going to certain arcades. Still, Mortal Kombat introduced a slower fighting game than Street Fighter II with some ridiculous effects, such as throwing a spear to pull your opponent over or by throwing a shard of ice to freeze an enemy. Mortal Kombat deviated from Street Fighter II’s 6-button controls in favor of 4-button controls with more emphasis on control and utilizing the joystick to perform certain moves. Mortal Kombat sold 24,000 arcade cabinets, 3,000 less than its successor, but still managed to gross nearly 5 times the amount of revenue with an estimated $760 million when adjusted for 2018 inflation. Mortal Kombat also pulled the wool over a lot of people’s eyes with their method of digitizing characters – developers of the game would dress up in a character’s costume, and they would create animation loops by taking pictures.

Mortal Kombat machines typically run far less than their successor, costing anywhere from $400 to $600 for a machine in pretty good quality.

Street Fighter II was the ultimate competitive arcade machine. The graphics for their time were incredible caricatures, and the game really introduced solid and tight mechanics that caused arcades in the 1990s to typically have their own “Street Fighter Champion.” Oddly enough, the Street Fighter II machines also signified the downward spiral of the golden era of arcade gaming. Street Fighter II was released as two machines – The World Warrior edition, which only included 10 characters and solid about 60,000 units, and Champion Edition, which sold 140,000 units. The World Warrior edition brings new changes (namely to Ryu and Ken, making them have somewhat different fighting styles) and allows for the four hidden Grand Master characters to be played by the player. There were very few changes otherwise. The World Warrior edition, while more rare, is in less demand than the Champion edition. A World Warrior edition would cost anywhere from $300 to $700, depending on condition and the state of the monitor in the cabinet, while the Champion Edition can cost upwards of $1,000 for a unit in acceptable quality. These two games combine for the second largest market share, grossing roughly $4.07 billion in profit since the release of the two games in 1991.

Everyone knows Donkey Kong and Mario! This machine was one of the first machines riding the wave of the successful founding of the Japanese arcade, and quickly became a staple in American arcades everywhere. More than 132,000 units were sold in the continental United States alone, which makes the machine fairly frequent. The game features a host of levels and almost everyone knows the gameplay – dodge the barrels, get the hammer to smash the barrels, climb the ladders to save the princess! The machines grossed around $740 million when adjusted for 2018 inflation.

Donkey Kong machines are actually not terribly expensive – a machine with the side-art intact and a good quality monitor will only set you back between $300 and $500, but the problem comes with trying to find someone who will part with their machine.

Ms. Pac-Man was released in 1981 as a huge update to the Pac-Man machine, and the technology had advanced so fast that the board that originally could only carry the one Pac-Man game could now carry multiple. Ms. Pac-Man features Pac-Man’s cleverly-named wife, but with a huge host of updates – there are now more than 100 levels in the game, and the coding had been entirely redone. Instead of following predetermined paths, the three ghosts now cleverly use artificial intelligence to follow the player which creates an experience that will never be replicated. Ms. Pac-Man boards are some of the most nifty arcade boards as well, since they can be modded to easily accept ROMs for that specific type of board.

Ms. Pac-Man machines have some of the highest demand of arcade machines, and you will typically find one in “meh” quality for no less than $800. This machine is so versatile that owning one signifies an experienced arcade collector. 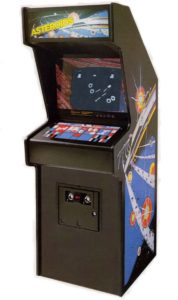 Released before any games really made a big name for themselves in the United States, Asteroid was released in 1979. More than 100,000 units were sold and combine for an estimated gross revenue of $1.41 billion in 2017 inflation-adjusted United States Dollars. Asteroids was a simple enough game with an iconic geometrically-influenced design; the goal of the game is to avoid the asteroids (unfortunately, these are all predetermined but each level is randomly generated which asteroid will actually attack), shoot them and get points. Asteroids also has the fame to claim that it was one of the first cocktail arcade machines released, which quickly paved the way for cocktail machines becoming commonplace in bars.

A cocktail Asteroids machine that is authentic and from the 1979-1985 period where they were produced is an incredibly rare find, and you will find one for no less than $1,500 and unfortunately, the quality is completely moot and will not affect the price (these are super, super rare and highly desired). The stand-up arcade machine costs around $500 to $800, depending on the quality of the cabinet and how intact the art is.

While not a popular game or title in its own right, Defender was a cornerstone of arcades. The game features a scrolling “shoot-em-up” style of gameplay, but the player is located in one place. Set on a fictional planet, the player must defend their base from attacking airships by using various means of weaponry. Instead of using a traditional arcade layout, Defender introduced the concept of using a scroll ball to play arcade games, which became a trend that other games picked up on. Defender only had 60,000 units produced, making it a significantly more rare arcade game than others on this list, but together grossed more than $1.33 billion when adjusted for 2018 inflation. A Defender arcade machine, should you be lucky enough to find one, costs anywhere from $400 to $800 depending on the quality that it is in. 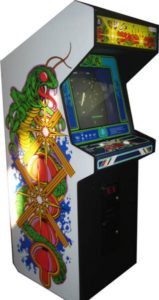 The final game on the list is Centipede, which everyone has played in one form or another – collect the dots, but as you collect more dots, your centipede will grow and you run the risk of colliding with yourself! Centipede was released in 1981 and is the first example of the “lower tier” of arcade machines – with 55,600 units produced, the machines have only grossed an estimated $203 million when adjusted for 2018 inflation. Centipede is a game that is not highly desired by most arcade collectors because of the ugly arcade cabinet and marquee graphics, so if you manage to find a Centipede machine for sale, you can estimate that it will cost between $250 to $500 if it’s in okay condition, or in excess of $800 if it has been refurbished and restored.