Fuel Food Update – What Happened After The Profit 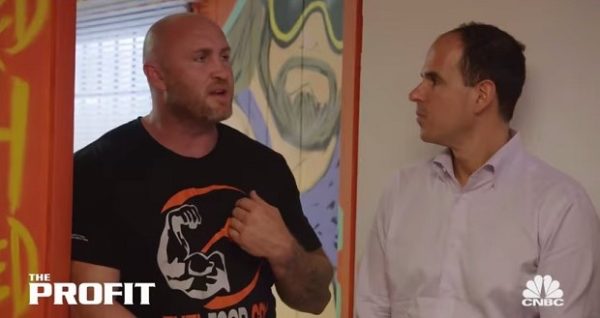 Fuel Food Before The Profit 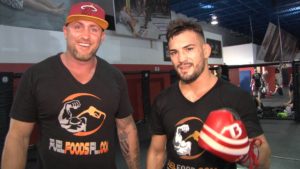 Founded by a boxer and offering healthier, athletic focused meals, you’d think that Fuel Food would have a bit of fight to it. Opening in 2013, the business apparently received a bit of a boon to their sales through sponsorships with athletes and the fit culture of the surrounding Palm Beach area. But in recent months leading up the episode, management has become a bit of a problem in the way of their own profits. Can Marcus Lemonis and The Profit team help them out? Let’s take a look.

Fuel Food on The Profit

Starting off the episode, Marcus comes into Fuel Foods thinking that a food delivery service for athletes is a fantastic cash cow, especially in Florida. First meeting them at a marketing event, Marcus says hello to Erik, the owner, while they hand out free samples. Through the demonstration, it’s clear that the food is great, but the message sent through their marketing efforts by way of models in skin tight clothes is limiting at best, offensive at worst. It doesn’t help that Erik seemed to be overly aggressive with both his physical language and air horn.

The next day, Marcus pays a visit to the Fuel Foods facility, to see day to day operations. Marcus talks to Erik about clientele, which includes about 300 people, and then sees some basic ordering plans, which are the typical “get more pay less” scheme. He then takes a look at the scheduling of cooking and packaging. In discussing menu and cooking options, Marcus brings up the idea of having a chef on board, and asking if that has occurred before. Erik immediately tells him all the chefs he’s worked with (seven in two years) are either lazy, or scam artists looking for a kick back.

It’s clear through the episode that Erik is just shy of a full on bully with his employees. He clearly bullies his customers too, passing on shipping costs to them in huge fees. In speaking about customer retention, Erik essentially outs himself as not only inept at business, but in the social realm as he tries to explain the fact that he caters mostly to men, because of his claim that women are more or less incapable of rational thought (keep this in mind when we discuss what happened to the company). This clearly makes Marcus very uncomfortable, as he tried to keep composure despite seeming insulted. Erik’s mom is then introduced as a cook, and when given a sample of pesto and ravioli, he states the pesto is great, but that’s all.

Next, Marcus speaks to Jordan, the salesman, about strategy. First up is retention. Out of the past 100 customers they have had, the average stay is only 3 weeks, which is not helpful for business. Diana, the head of sales also is interviewed and shows that she works 7 days a week. It quickly becomes clear that she really runs the outward face as the call center calls her boss over Erik. After this, Marcus looks at financials in depth.

After an initial look at finances, it becomes clear that the company should be having growth, but something shady is going on. Last year, an investor put in over $1 Million into the company, and that same year almost all of it was lost. Answers to where the money goes was the truck worth $150,000, general operations worth $846,000 and equipment worth $141,000. Finally improvements of $109,000 also killed the investment. Loans are also on the books to the tune of over $200,000. Marcus is clearly uneasy despite what could be stated as good growth. When asked about investors, there turns out to be 6 other major share holders.

The next day, Marcus meets Erik at the beach to discuss share holders, though Erik doesn’t come through with information. Change is discussed, and Erik at least claims to be willing to change. On that, Marcus makes an offer of $300,000 for 51% of the business. This sends Erik into a bit of a tizzy as the idea of losing ownership disturbs him. Marcus states that if he can structure Erik’s passion, then it can work out, on the approval of the shareholders of course.

Later, Marcus holds a meeting with employees to give them the news of the investment. The pep talk includes saving money on shipping, improving marketing and food as well. This meeting is more or less killed because Erik tries to yank control from Diana and Marcus alike. Next, he takes the Fuel Food team for a focus group marketing test. In short, the company, advertising and food gets torn apart. Erik, as to be expected at this point, blames others for this poor performance. Later, Marcus talks to Diana and finds direct communication issues regarding Erik’s aggression.

In the kitchen, Marcus ends up finding out that the kitchen is missing a lot of key equipment, despite what should have been enough funding. After yet another failed meeting, Marcus then decides to have a group pow-wow and discuss issues with Erik. Erik, as predicted, shuts this down more or less by his aggression. He then tries to blame Marcus for the lack of payroll, a complaint by employees, to which Marcus bats back. He then tries to apologize, but not without a lack of belief from the staff.

The next day Marcus goes to shop for new kitchen equipment for the staff, stating that a lot needs to be done. He learns while shopping that staff have more or less bailed after the meeting due to the finances and toxic environment. Of those that left are Diana, who he calls after. She informs Marcus that Erik cut everyone’s pay, likely as backlash. Marcus drops by, this time, clearly angry for the wage cuts and lack of gratitude for the $12,000 of free kitchen equipment. It is then revealed that a key investor has encountered a legal problem known as Receivership, where a person’s assets are left to the court for hold, typically as a result of bankruptcy. This investor had 46% of the shares of the company. Erik and Marcus look him up and discover he is a Ponzi schemer. Erik then lies through his teeth, first claiming he “didn’t know the guy”, then claiming to have changed the individuals life. This is more than enough to make Marcus lose his cool at this clear negligence. Marcus directly states that he stays around only to help Diana confront Erik about his retaliation. It’s clear who has the power here, and Erik attempts (weakly) to intimidate Marcus. And so ends the episode, Marcus leaving feeling like he dodged a bullet, with the good news that Diana is likewise leaving. 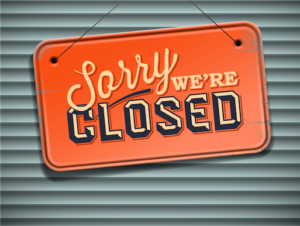 It would appear that in 2017, Fuel Food’s engine has come to a sputter and then a full out stop, which in the private author’s opinion was fully deserved, and backed up by the Better Business Bureau giving the business an F rating according to a Boca Raton editorial. After being supposed victims in a ponzi scheme ( which netted them three quarters of a million dollars for “reinvestment purposes”), the company appears to have lost the will to live, despite the ample funds. With a Twitter page that has been inactive since 2015, and their website appearing to be down, as the DNS address cannot be found, things don’t look good. Likewise, Erik’s Facebook account has either gone private or been deleted, making it nearly impossible to get in contact with the company in question. Lastly, when finding reviews for Fuel Food, there are three traits that are the nails in the coffin so to speak. First, low ratings of under 2 stars are incredibly common. Next, the price is seen as extremely high, even by food delivery standards. And lastly, constant complaints in regards to inability to cancel memberships or file complaints is seen throughout (plus many accusations of the company itself being full of scammers). As of January 30th, 2017, the business has officially closed down, making it a good thing Marcus bailed on the deal. It would seem that to be in his field, he has to spot winners and losers, and as much as he’d like to help, he saw this one was a lost cause.