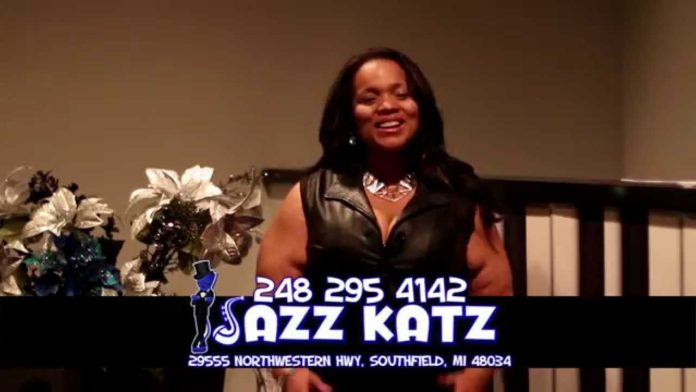 For years, psychologist and doctor Tamika Scott had made a career out of helping others. As a licensed psychologist, her specialty was helping people, preaching and teaching about following your own dreams, and inspiring others. Despite Tamika’s dreams and career, she was faced with several tragedies in her personal life. She had a daughter who passed away. All the distress that she was going through caused her to not pay attention to her health, and she became very ill. After the second visit to the hospital, she had a lot of opportunity to think about what she wanted to do in life. She wanted to open a jazz club, and let it serve as a mass therapy session. In 2014, Tamika opened Jazz Kats and brought in her parents to help make up for her lack of business sense.

Her father, Ray, has worked for several Fortune 500 as a manager, so Tamika asked her dad to give the place a managerial touch. Karen, a co-manager and hostess, explains that she has an extensive background of working with people so bringing that to the venue was a natural fit. Jazz Kats opened and business took off – they were making about $30,000 a month in their heyday. Unfortunately, Tamika’s attitude towards hiring employees turned towards helping them instead, and Cook Janelle feels like she is thrown back into the kitchen. The staff’s inexperience drove customers away – one person says that they had a bartender who didn’t know what they were doing. There was problems with having qualified people, and as business struggled to recover, Tamika and her mother disagreed on how to rectify the problems with their staff – they could not see eye-to-eye, and Ray has been in the middle of it since then. Now desperate for help, Tamika and her parents have called in for Jon Taffer to rescue the bar.

Jon and his car with two experts pull up to the front of Jazz Kats, and Jon immediately wonders who is playing that night. Mixologist expert Phil Wills says that he has no reason to go into the bar because he has no idea what it is. Phil’s experience working in jazz venues and expertise in training bartenders makes him the perfect person to get the staff in tune with refined cocktails. Culinary expert Anthony Lamas, known for his innovative dishes, agrees that it looks lackluster and almost abandoned. Jon then explains that there are five other Jazz clubs in the Detroit area, and that Jazz is actually one of the least popular music types in America.

If you look at record sales, only about 2% of the marketplace reacts to Jazz, and that 2% maybe goes out twice a month. Five here is too much to compete with, Anthony says. Inside, Tamika is running tables and delivering orders, and Jon explains that she is a psychologist but has never run a business. She is in debt over $300,000 and losing $8,000 a month. Co-manager, hostess, and Tamika’s mother, Karen, asks Tamika to speak with an unhappy customer. Karen also tries to persuade Tamika and the bartender to sweep some of the bar. Karen and Ray are here to help Tamika, but they can be a little too rough on the staff.

It has been 32 minutes since a party placed their order for drinks, and bartender Dre just looks absolutely clueless. The list of martinis confuses him and he looks distraught, asking if her order is serious. He is the only bartender at the place, and he is overwhelmed by an order of 15 drinks. Phil says that if he had an order of 15 drinks, he would be bored. In the kitchen, Chef Isaac and Cook Janelle prepare the dishes. Anthony says that the food looks very heavy, and after eating it, like you would want to take a nap – it doesn’t make you want to stay at a jazz bar.

For reconnaissance, Jon sends in his spy, Robert Hurst. Robert is a jazz bassist and a 7-time grammy winner and a 4-time emmy winner, as well as an associate professor of music at the University of Michigan. Robert and his guest enter the 3,600 square foot jazz club grossing $16 per square foot in sales, $134 less than the industry’s break-even point. The two sit down at the bar and the jazz performers play their music. Robert says that he can’t see or hear the music by the bar, which is unusual for a jazz club – it makes no sense, his guest says. This is important to draw people towards the focus of the music.

Bartender Dre continues making his drinks and ignores the two at the bar, which is ironic considering the fact that a jazz legend is sitting at the bar. The bartender is four feet from them and won’t even acknowledge them, although when an order is placed for a martini, it takes more than 10 minutes to come out and even tastes gross. Dre made the drink in the sink, and Phil says that he likes to see the drink made in front of them – the two cannot see what he is even putting in it. Robert tastes the drink and immediately looks repulsed, and the drink is far too sweet. Dre is doing every single thing wrong, Jon says.

Karen comes up and explains that an order is wrong, and the two start an argument in full 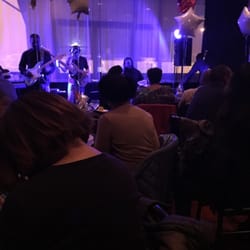 view of the two guests. Robert and his guest look embarrassed by the fight, and Robert mutters that he would never, ever play at a bar like this. A party asks Tamika when their food will come out, and another says that they have been waiting for their drinks for more than 40 minutes. Jon storms in to take charge of the joint, and unfortunately, the club is so behind in its orders that Jon deems it fit to shut the business down for the night.

While most Bar Rescue episodes revolve around the incompetent staff and semi-competent management, this episode is a bit of a deviation. Jon agrees to send Tamika to a quick management class so she can have way more of a clue than she currently does, and asks Ray and Karen to step back to let Tamika run the business during the soft open. Slowly but surely, Tamika starts to gain more and more experience and confidence. The menu of Jazz Kats is also refined to feature more soulful and light foods, meaning that customers won’t feel so bloated after eating at Jazz Kats.

Upon the reveal of the renovated restaurant, Jazz Kats has been renamed to “Black Beat Piano Bar & Cocktails,” still letting the club retain as an upscale restaurant for people to come to for music and to relax. The inside of the club has been renovated to feature a bar closer to the piano performance area, as well as private booths and sectioned-off tables for couples looking for a more romantic getaway.

Black Beat Piano Bar has since closed down, and no active social media remains. Jazz Kats had a weak 2-star review on Yelp across 35 different reviews, and things did not look good for the owners. Tamika, Ray, and Karen launched a GoFundMe with a goal of $7,000 in fundraising, which was never met and the project was taken down. Jazz Kats closed shortly after being turned into Black Beat Piano Bar & Cocktails, possibly due to the limited market segment that exists for piano bars and jazz clubs.