Machine Gun Kelly Net Worth 2018- How Rich is MGK 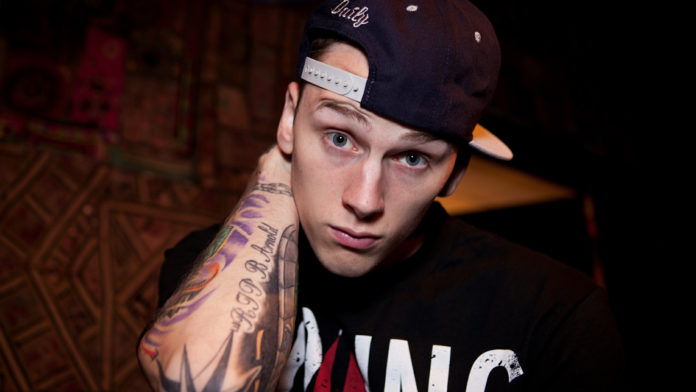 In what seems like a theme for me, I’m to take a look at an artist I have never heard of, and yet is quite famous. What I find funny about this one is that he has been featured on WWE a fair number of times, but I stopped watching not too long before he first appeared. I started watching again at the beginning of the year, but fell off again. If I had still been watching right now I would have heard his latest single, Go for Broke, which is the official single for SummerSlam this year. Machine Gun Kelly has been plugging away for years now, releasing a number of hit singles, and hitting some very lucrative markets. His style is interesting, a blend of methodical simple rhyming and fast paced, high intensity spitting that I am a big fan of from a technical stand point.How he made his money is no secret, I have looked into how young rappers get paid in the past, but being as famous as he is MGK has a few avenues for wealth that many others do not have. It allowed me to look into the wonderful world of brand endorsement for someone other than a soccer player for a change.

So let’s take a look through his life, see how he made his money.

How Did Machine Gun Kelly – MGK Make His Money & Wealth?

That $1.2 million figure is the only estimate I can find, but I also find it very hard to believe. I have taken a close look at where he stands to make money, and short of having the worst contracts in the world MGK is more likely to be worth in the tens of millions. Now, I also have it on record that he is an Anarchist, politically, meaning that he is against any form of government. Take from that statement whatever you want. 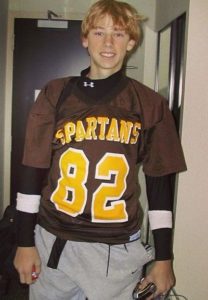 Machine Gun Kelly was born Richard Colson Baker in Houston Texas. His parents were missionaries, so the young MGK spent much of his early life traveling. Is a quirk of narrative, his mother left the family and he moved into his Aunt’s house with his father. His father suffered from depression, due to the difficulty finding work, and he soon left for Kuwait, presumably for missionary work. He returned eventually and took MGK to Kuwait as well, but the par were soon back in the States.

MGK’s life with his father was strained. He was in and out of school, but found he had a talent for rap. He began making music with a passion, and convinced a local clothing store owner to manage him. His appearance at a number of clubs earned him a fanbase, and a nickname, due to his fast paced style. He released his first mic tape, Stamp of Approval, in 2006, but it would be a number of years before he got on a label.

He released his first single in 2010, titled Alice in Wonderland, which brought him wider recognition, and a number of local awards. It wasn’t until the following year, after performing at SXSW in Austin Texas that he caught the attention of a producer. Sean Combs, better known as P Diddy(and a while lot of other pseudonyms), offered him a recording contract with Bad Boy Records.

A few sporadic releases followed, but MGK didn’t really take off until late 2012, and the release of his debut record Lace Up. It would become something of a slogan for the artist. It debuted at number 4 in the charts, and sales were steady. He struck a chord with the wrestling crowd, when in 2012’s Wrestlemania his second single, Invincible, was used to highlight John Cena during his main event performance. Considering the considerable fanbase that Cena has among certain demographics it is no surprise that the single sold well. It wold not be the first time MGK affiliated himself with the WWE, and in fact his connection to the company is a strong strut of his personal fortune.

Numerous tours and subsequent releases helped shape MGK into the wealthy artist he is today. The most interesting aspect of his career is the relative lack of verse selling. In the current hip hop scene many up and comers sell verse to other artists, become featured on as a method of getting paid and increasing their profile. MGK has so far only been a featured artist on three tracks, so that is clearly not a money spinner for him.

In something of a rarity, MGK has branched out into acting. He has appeared in a number of films, including the not terrible sequel to SLC Punk. His venture into the world of film has continues, and he will be appearing in the upcoming Sci-Fi thriller Captive State, alongside the wonderful John Goodman.

When we throw in the fact that his last album was released in February to positive reviews, and his music videos are pulling in the views on YouTube, not to mention product endorsement and advertising through his various social media accounts, it makes you understand my confusion over the $1.2 million listed net worth. I may be skeptical, but I have to list what is stated I’m afraid. Machine Gun Kelly is doing very well for himself, what ever the actually figure is.

MGK is not married. He has been romantically linked to a number of high profile women over the last few years, but he seems to be a very personally private man. He dated Amber Rose for a year, the pair met on a film set, but her love of the spotlight is what ultimately drew them a part. In the past he dated Sevyn Streeter, a musician.

Does Machine Gun Kelly have any children?

MGK has one daughter to a previous relationship. Back before he was famous he dated a woman called Emma Cannon. The pair were not together long, but long enough to have a child. Her name is Cassie. He is reportedly still on good terms with the mother of his child, and he bought them a house not long after his rise to stardom.

Where is Machine Gun Kelly from?

A tougher question to answer than would first appear. Machine Gun Kelly was born in Texas, lived in Ohio, Egypt, Kuwait, and a variety of other places. He currently resides in Cleveland, Ohio as of 2017.

Why is he called Machine Gun Kelly?


MGK was given the nickname Machine Gun Kelly by early fans of his. He performed freestyle verse at a number of venues early in his career, and gained a name for himself for his fast paced delivery.

Where can I see Machine Gun Kelly this year?

Unless you’re in Chicago or Lansing you can’t, until next year. Machine Gun Kelly is embarking on a European Tour, beginning with the capital of my Homeland, Dublin, in late September. He will be peforming at a variety of venues in the UK and Ireland before moving onto mainland Europe until the beginning of November. Keep an eye on his official site for updates.