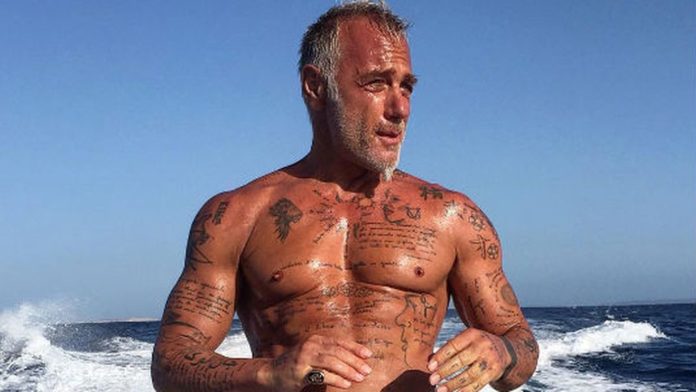 Gianluca Vacchi is one of a new breed of celebrity. The rich first, famous second kind. The kind that uses modern social media to show off their lavish lifestyle. It’s the kind of thing that just could not have existed 15 years back. Through his social media he displays his interests, working out, fast cars and women, objects of status. People aspire to live their lives how he lives his, but they overlook a few things. For one thing he didn’t make his money through social media. He is an entrepreneur, broadly speaking. A look into his history reveals one with a safety net, throwing ideas to the wind, and succeeding regardless of at least one company going bankrupt.

Due to the nature of his fame finding out how he made his money has been difficult. There are a string of companies to look at, and rest assured I looked into them, but the fundamental disconnect between his avenue for fame and his avenue for wealth make breaking down the fact of that $450 million nearly impossible. Still, let’s take a look at what I could find out.

How Did Gianluca Vacchi Make His Money & Wealth?

Gianluca Vacchi was born on August 5th 1967 to the wealthy Vacchi family. Acquisitions made shortly after he was born would set him up for life. Still, he attended the best schools and graduated with a degree in economics. After completing his education not much is known about Vacchi. His families huge wealth, due to their shares in italian firm IMA, likely allowed him to coast for a long time. He didn’t come into the limelight until the 2000s

He joined the board of directors at IMA in the late nineties, and by the early 2000s was using his new capital to buy up companies in Italy. An early acquisition was the ToyWatch company, who made designer plastic watches, and the Last Minute Tours company. He sold off the ToyWatch company shortly after they were featured on Oprah’s favorite things, no doubt adding a fair amount to his net worth in the process, but it would be the sale of Last Minute Tours that would get him into trouble.

He sold the company to Calisto Tanzi, of Parmalat. Parmalat are an Italian conglomerate who sell a wide variety of things, best known for long life milk. Tanzi was complicit in a series of nefarious dealings, resulting in the firm going bust, with a $20 billion hole in the budget. Vacchi was accused of conspiring with Tanzi, though the details are hard to come by. He was sentenced to three and a half years for his role in the fraud, but so far as I can tell it was over turned, or moved to a different jurisdiction. The primary issue with finding out this information is the fact that the vast majority of sources are in Italian, and Vacchi’s Wikipedia page has been deleted. Safe enough to say though that the money in this guy’s pocket is worth checking out.

These days it is likely that Vacchi’s increased profile has brought with it a whole new revenue stream. His online popularity exploded a few years back after a video of him dancing with his then girlfriend went viral. The man can move, I’ll say that. He is friend with Zac Efron as well as a variety of other celebrities. In the last year he started a lifestyle site, detailing how he lives. He has millions of followers on YouTube and Instagram, and I have no doubt that a variety of endorsement deals are at play on both social media platforms.

Overall the source of his wealth is a touch more murky than I would like. He was born into wealth, but some of the money was clearly generated by himself. The fact that there is little on the man before the early 2000s is interesting. His dealings with fraudulent billionaire Tanzi, and his conviction in connection to the billions lost by Parmalat, are likely to go unexplained, at least to me. The $20 million sale of ToyWatch seems like a drop in the ocean when compared to his listed figure up there, but then what is the functional difference been $450 million and $45 million?

So far as I can tell he used to be married, to his dance partner in that viral video. Giorgia Gabriele, model, appeared in most of his pictures and videos until the beginning of the summer. The pair are confirmed split, and Vacchi has been romantically linked to a number of people since.

Does Gianluca Vacchi have any children?

Gianluca Vacchi does not have any children. I have looked into a number of sources, and can confirm he is childless.

Where is Gianluca Vacchi from?

Vacchi was born and raised in Bologna, Italy.

At the time is was unknown. According to then wife, Giorgia Gabriele, Vacchi came back from a party in a bad way. He was running a fever so high that he had to be rushed to the hospital. While there is was discovered that he had severe swelling in his groin area. As it turns out he was removing an in grown hair which left a small wound. Not much to worry about usually, but in this case it became infected with a strain of Streptococcus, causing him to develop Necrotizing fasciitis, also called flesh eating bacteria.

He almost died, and in fact most people who contract it do die without amputation of the infected parts. Seen as it was located on his groin he was less than enthused about a possible amputation. It most often affects those with a compromised immune system. He recovered, and going by his latest uploads, is doing better than ever.