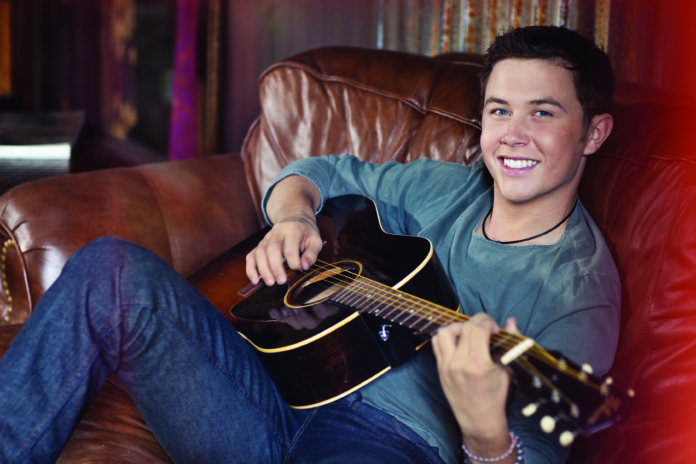 Every young singer dreams of one day making it big and becoming a household name, something that was once a lot harder before the era of American Idol and related talent programs. Scotty McCreery seems to be living the American dream as far as hitting it big on TV and singing his way to Billboard and record label success. Is the high life as sweet as Scotty’s voice and has the limelight changed this country boy? Let’s take a look at the young man with the big heart who became the darling of the American Idol judges and the entire nation.

How Did Scotty McCreery Make His Money & Wealth? 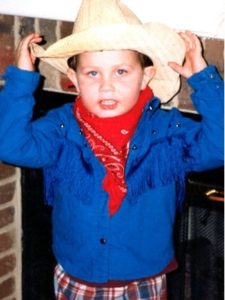 Born Scott Cooke McCreery on October 9, 1993 in Garner, North Carolina but was almost named Evan as his parents changed their mind while they were on the way to the hospital. Scotty and his older sister Ashley grew up in Garner, children of a systems analysis father and a real estate agent mother. From an early age it was very apparent that young Scotty was musically gifted, learning the guitar at nine years of age and singing in the school chorus throughout elementary, middle, and high school. At Garner Magnet High School, he sang both tenor and bass as well as singing with his church, starring in the school’s production of Bye Bye Birdie, and joining an independent ensemble, Die Meistersingers, that played across the country. During his teens, Scotty won or placed in several amateur singing competitions across North Carolina but the chance of a lifetime was about to come knocking at his door.
When he was 16, Scotty auditioned for American Idol (10th season), relying on the country standards he’d first fallen in love with as a small child. Passing to the Group Round, his honesty and courtesy shone as bright as his voice and personality as he advanced through the next solo round into the main 24 contestants. Scotty was going to Hollywood. Not usually one to perform cross-genre, his renditions of several country songs with rap/hip-hop like elements won praise from the judges and audience alike, shooting him through the competition to the Top 3. Paired against another young country singer (Lauren Alaina, 16), Scotty went on to win and become the youngest male winner and second youngest overall winner in American Idol history. His first single, ‘I Love You This Big’, charted on the Billboard Country charts at 32 and was certified gold in August, 2011. Next was a lucrative $250,000 recording contract with Mercury Nashville and touring with the American Idols LIVE! Tour 2011, across the country and the world.
Scotty’s first album Clear As Day was released in late 2011 and not only debuted at No. 1 on the Billboard 200 but would eventually hit No. 1 on 5 separate charts (Billboard 200, Top Current Albums, Digital Albums, Internet Albums, and Top Country Albums) as well as being certified platinum. Touring in 2012, Scotty released his next album, Christmas with Scotty McCreery which debuted at No. 4 and was certified gold. His second studio album, See You Tonight, dropped in 2013 with the first single being Scotty’s first to crack the Billboard Hot Country Songs top ten. A third album has been rumoured for some time though he’s since parted ways with Mercury Nashville and has released a book detailing his journey to stardom, Go Big or Go Home in 2016. 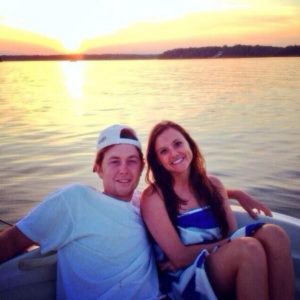 Scotty is not married but he’s not single either! Scotty’s girlfriend, Gabi Dugal, has known him since kindergarten and they started dating when he was 18. Always the one to keep his personal life to himself, Scotty didn’t want to tell the world right away about the special thing they had, though recently he’s let a few details out. Gabi graduated in 2016 from the University of North Carolina Chapel Hill with a degree in nursing and they both agree that the future is looking bright. This simple country couple aren’t above sweet hashtags on Instagram but have never lived the 100% public relationship that many current generation celebs do. Scotty’s even claimed that he “won’t whine” in front of his girlfriend, making him pretty much the perfect boyfriend. Is a ring in the cards for these two lovebirds? Fans may speculate but only Scotty and Gabi know for sure and doubtless we’ll see a tactful ring pic if the big day comes.

Did Scotty go to college?

Scotty is currently attending North Carolina State University studying for a bachelors degree in communication. Living in a small college apartment his first term, he’s told journalists that he wanted the real university experience, to work hard and have a good job and a normal life. Balancing touring and recording with attending classes and writing papers hasn’t been easy but Scotty’s taking it in stride, knowing the payoff at the end will be worth it.

Has Scotty won any awards? 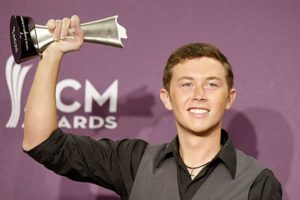 Scotty has won several awards in his short musical career, which is an accomplishment that many career country singers can’t boast. In 2011 he won Artist of the Year: New Artist at the American Country Awards. In 2012, Scotty was named the Best New Artist at the Academy of Country Music Awards and won the USA Breakthrough Video of the Year at CMT Music Awards. In 2013 he was again named Artist of the Year (Breakthrough Artist) at the American Country Awards.

What are Scotty’s musical influences?

When Scotty was only 5 years old, his grandmother gave him a book about Elvis Presley, one of his earliest musical influences. He’s also credited the early country giants as significantly impacting his style, such as Merle Haggard, George Jones, and Conway Twitty. No stranger to the newer generation of country, Scotty has said that he’s a big fan of ‘cowboy with an attitute’ Garth Brooks.

What does Scotty do with his wealth? 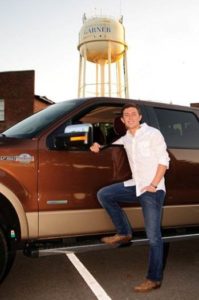 He pays tuition! Being a breakthrough country star with a net worth of $3 million certainly hasn’t gone to Scotty’s head. Living simply and honestly (he’s a Christian who has never shied from living by his faith), there are no splashy parties or pimped-out cars on his social media and like any good country boy, he drives a Ford truck (her name is Loretta, natch), no flashy sports cars for him. Many artists who hit it big at a young age through ‘talent TV’ fall prey to the temptations of wealth and end up destitute after several years and Scotty may be using their example as a hard lesson for himself. The frugal life during college might not be as fun as the A-list celeb life but it’s certain to be a lot more beneficial later on in life, especially if Scotty and Gabi get hitched and little musical blessings find their way into his life.

So what’s next for this rising golden boy of North Carolina? We’re guessing it’s graduation and a diploma but a third studio album is definitely in the works. With nearly 1 million followers on Twitter, over 380,000 followers on Instagram, and several million views on YouTube, Scotty McCreery is a man to keep an eye on as country both matures and picks up new influences and fans by the day. It’s not easy to take a talent and turn it into a dream come true but he certainly has, from North Carolina to Hollywood to Nashville, Scotty is truly an idol living the American dream.