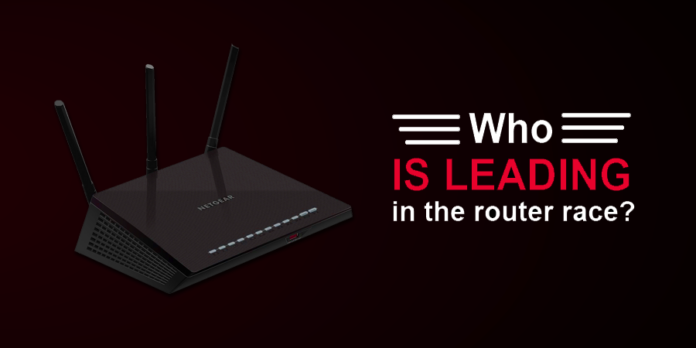 In the world of routers, what kind of user (and how many users are present) can affect what sort of router you may want. You might not be 100% aware of all the factors included in such a decision, but know you want something better, faster, more secure or something to test things out on. Here, we take a look at the top 10 routers of 2017 with thought put into how well a router performs vs the price, as well as how specialized the router is to cater to an audience while still being useful to the general populace. 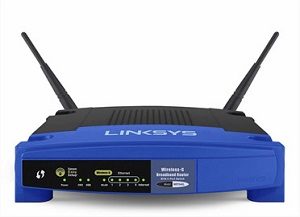 Starting off our list of top routers is one for the tinkerer, developer, or ethical hacker in training. The WRT54GL is a very affordable router at usually under $50, and uses the open source DD-WRT system which can be used as a framework for customization. This is probably not the best router for primary use, as it’s only about 54Mbps, single banded, and has somewhat short range. That being said, the WPA-2 and built-in SPI Firewall can provide a real world challenge to many pen-testers, especially those who want to try new techniques without the possibility of damaging a client’s system. 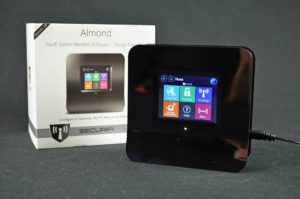 If you are on the opposite end of the router tinkering spectrum and are looking for an easy to use, easy to set up router, and don’t have any real demands in terms of gaming or streaming, this is a great choice. Sold on the claim that you can set up the router in under 3 minutes (a surprise, as some on this list may take 20x longer), in testing I found that set-up could occur even faster. Considering some people hire others at around $50 each time they want to set up equipment (shout out to the neighbors who hired me as the local tech nerd), the $80 price tag pays for itself in two moves. The built in touch screen can offer a great amount of control in terms of who can connect and how those connections are managed. That being said, again, don’t expect to stream or play League of Legends at a pro level with this one, as 300Mbps is about the max speed you can expect from this single band system. The connection is remarkable though as one could travel throughout a house (or in my testing, even out to the parking lot) without suffering any real issues. In case you are worried about if it’s cheaply made, you need not; it’s well made and even comes with a limited 1 year warranty. 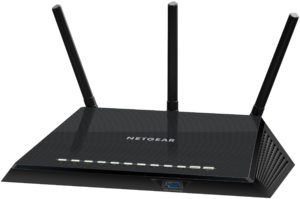 Affordable, decent performance, and cool looks, this Netgear is a solid choice for most. At about $110 at most retailers, this router has a dual band system offering 450Mbps and 1300Mbps channels which in testing can handle range pretty reasonably, but exceptionally thick walls (or many of them) can lower performance past more than a few dozen feet or so. Without such barriers though, a whole home can benefit from this router. It also carries a 1GHz dual core processor, which is good for handling a few users at a time. In terms of security and warranty, both are pretty run of the mill, but luckily the mill is pretty decent. This is a good choice for a family with maybe one or two gamers or streamers in it. 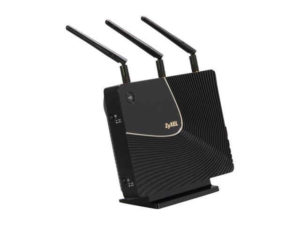 For gamers, playing on a console while having an internet connection can be it’s own series of headaches. Having to keep NAT 1 and 2 open, and keeping (typically) to Wireless N routers can and often does mean buying a super expensive, mid-tier quality router that doesn’t work dollar-to-dollar as well as even lower tier 802.11 AC. The ZyXEL is one that bucks that trend. Coming in at 200 dollars, this router is great for those who want to take advantage of already good connections with 900Mbps and gigbit Ethernet options. QoS features also allow for enhanced gaming capabilities.

Google is never one to let an opportunity to innovate pass. This is especially true with one of their latest offerings, the Google WiFi system that is built as the connection point for a home filled with the “internet of things”. Using a mesh network made of 3 separate router hubs, this can cover over 4,000 square feet of housing without seeing a huge drop-off in either 2.4 or 5GHz service. Each of these hubs carries a 710MHz processor and a half gig of RAM, which allows to a good number of devices to be using the system at once without hiccups. At $279, it’s certainly costly, but if you’re interested in having everything connected from your Nest to Security to interactive cutting boards (seriously, where do you get those things?) then there’s a good chance you’re already used to investing quite a bit into your system. 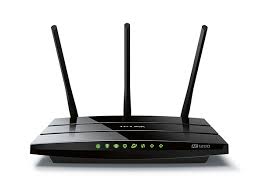 Coming in at the halfway mark for our best routers of 2017 is one that’s a budget option, without the budget restraints. The AC1200 C1200 Archer by TP-Link boasts a great connection with very little drop off at 20 feet, even in areas full of walls and doors. The speed itself can theoretically top out at 1200Mb a second, but in reality (at least in my own testing during the Router Under $100 article also offered here) it seems to get closer to 1050 or 1100 Mbps as a max speed depending on the 2.4 or 5GHz connections. In terms of security and updates, the AC1200 really hits it out of the park for its price range with the ability to implement a VPN onto the router and the use of an app for both firmware updates and settings options. The warranty is also nothing to shake a stick at, with 24/7 support lines available and a 2 year warranty. For around $65, it’s a steal and can be the best option for most people looking to do just about everything on the web. 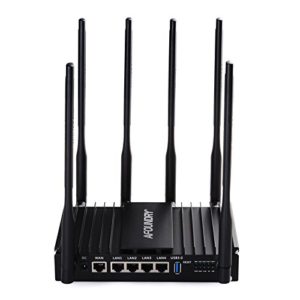 If you need a router for a really big office in the suburbs or even several (somewhat clustered) buildings, then the AFOUNDRY may be worth the cost. At the price of $200, it can be the cheaper option if two or more routers may be needed and maintained. Having 6 antenna and the option to carry around 100 connections (though as mentioned in my article for 10 best routers for multiple users, I could only test with 9, so that’s unverified), the router can routinely carry 1200Mbps connections at distance. Where this device falls short (and thus isn’t higher up) is in security and set-up. It will take anyone who hasn’t got a COMPTIA certificate quite some time to figure out how to get it running, and sadly it’s not too hard to get around the router’s security. That being said, if you can trust your area and need plenty of connection space, this is a fantastic choice at a great price. 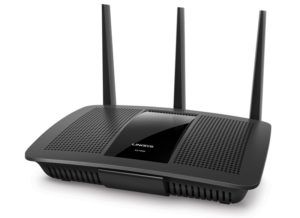 Third on our list of top routers of 2017 is the Linksys EA7500 MU-MIMO (Multiple User – Multiple Input, Multiple Output). This would likely be a good pick for a tech startup looking to have a good number of users, at least a few employees frequently using Adobe Creative Cloud and GitHub, but not wanting to shell out a good deal of funds. The price is highly variable for this model, though also reasonable at anywhere from $60-110 depending on sales and vendors. Connection speeds are pretty consistent on both 5GHz and 2.4GHz, though 5GHz suffers the regular problem of having shorter range. Set-up isn’t the hardest thing in the world and I personally find the UI nice for it, but it can get confusing for those newer to networking. Security is likewise adequate, which is to be expected given the price. 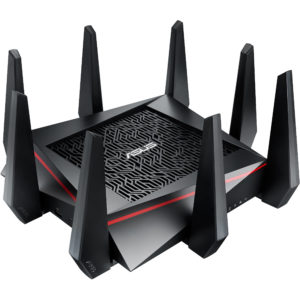 Coming in as runner-up for the top 10 routers on the market the ASUS RT-AC5300 offer speed for plenty of people. At $350, it’s expensive, but with that expense comes a set of features and technology that are great if you already have the best internet connection your ISP has to offer. One key feature is the MU-MIMO technology (short for Multiple User – Multiple Input Multiple Output) that allows the management of many devices with the router losing minimal speed, over a great distance. Speeds can go from around 1000Mbps for the 2.4GHz channel to 2167Mbps on the 5GHz channel. In terms of connection management, there is 256MB of RAM, 128MB flash memory and a 1.4GHz dual core CPU. As a final feature, the router has no less than 8 antennae, 4 for dedicated receiving and 4 dedicated transmitters. 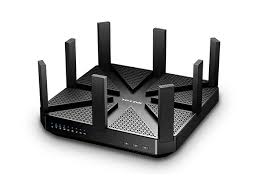 Coming in as our top choice for the top router on the market is the Talon AD7200 from TP-Link, which also won the top spot of our article on streaming routers. If you are looking for some top of the line performance and don’t mind dropping around $350 (or that $350 will come back in returns from investing in such a device) then this may be for you. What makes this such a great choice? In short, the CPU and raw speed. Offering a dual 1.4Ghz Dual core CPU which can handle and prioritize traffic fairly well, the Talon AD7200 has a 2.4GHz connection that can go about 800Mbps, a 5GHz one at 1733 Mbps, and a 60GHz at a lightning 4600 Mbps. On in network testing, transfer speeds were as advertised, and honestly, I don’t think I have a good enough internet plan to warrant testing the max speed out of the 60GHz channel, but the others perform true to form as well, even across my residence with only a minimal drop at the 5GHz channel. I would go so far as to recommend this router not only to households but also offices looking for a new, high speed connection.