The Wheel House Update – What Happened After Bar Rescue

The Wheel House before Bar Rescue

The Wheel House in Hemet, California, was opened in 2004 courtesy of Jesse Vivanco. The owner was first an employee on the skating rink where the bar was attached to and, as he worked his way up until he took over the operations, he earned enough money to open the bar. The youngsters who frequented the skating rink during Vivanco’s days as an employee there grew up and eventually became employees at The Wheel House. The bar enjoyed massive success for an entire decade with revenues steadily climbing and the premises consistently packed with clientele.

Eventually, though, his employees became unruly and spun out of control. Fighting became frequent and vulgar words were often hurled. It also didn’t help that Vivanco was a pushover at best, preferring to hide in his office than confront his staff members about their behavior. Adding to Vivanco’s problems was the invasion of bigger corporations in the area, including better and updated watering holes that were clearly better places to visit than the outdated Wheel House.

As the problems piled up, the profits went down until Vivanco was buried in a massive amount of debt. The skating rink was on the line as well, and the owner was about to lose everything he owned. With nowhere else to turn to, Vivanco called for Jon Taffer and Bar Rescue for help.

The Wheel House on Bar Rescue

Taffer, along with experts namely executive chef Michael Ferraro and mixologist Shawn Ford, arrive at The Wheel House and immediately notice that there was nothing that indicated the presence of a bar. The interior had extremely outdated and neglected furniture which looked as old as the skating rink itself. Some of the bartenders actually argued with the customers and did not hesitate to drop F bombs which shocked even Taffer himself. They also drank while working as Vivanco stood idly without even lifting a finger to reprimand his workers.

For recon, Taffer deploys AfterBuzz TV co-creater Kevin Undergaro to obtain not only the taste of The Wheel  House’s products, but also their market intelligence. The bar’s lack of a POS system forced employees to walk to the skating rink to get to the kitchen, and the trek ensured that the food was cold even before it reached the customer. When Undergaro followed up his pizza order, one of the bartenders told him that the kitchen was closed as she was too lazy to go back there to make another one after failing to make the first order. He also learned that the bar’s patrons went to the skating rink even after having one too many drinks, even if it drastically increased the chances of an accident occurring. Taffer went into the bar to confront Vivanco after one of the drunk, skating patrons fell to the floor, and made the owner realize that he had to do something about his disrespectful employees. After the Bar Rescue host left, Vivanco fired Ashleigh, the bartender who talked behind his back.

The next day Taffer returned with his experts and made the employees realize that they were hurting Vivanco with their attitude. Once things were sorted out for now, the experts commenced the training. Ford taught the bartenders how to create cocktails that did not cost much and how to exhibit the right attitude while working behind the counter. In the kitchen, Ferraro trained the bar’s cook Mark handheld food like sandwiches that didn’t go past the $5 tag.

For the stress test, Taffer had the skating rink closed so they could focus on the bar. The bartenders struggled in mixing proper cocktails which forced Ford to throw their incorrectly-mixed drinks into a bucket. Most of the tickets for food orders were written in an unintelligible mess which made things complicated for Mark and Ferraro. Undergaro returned to ask the clientele why they preferred The Wheel House instead of the better haunts in the nearby national chains, and the customers revealed that Vivanco was so well-loved by the community that’s why they liked to visit his place instead. With the problems identified, the stress test was shut down by Vivanco.

Taffer and his experts returned the next day to work on the bar’s new concept. Ford introduced a new cocktail named The Black & Blue which was fast and easy to mix, while Ferraro had Mike master the flatbread as it was well-received during the stress test. Taffer sat with Vivanco and the owner promised that he will give his employees some tough love unlike before.

After the renovation, The Wheel House was turned into Derby’s Bar & Grill. The façade now had a sign that indicated where the bar was, and the name was a reminder of the skating rink days while ensuring that the watering hole had a brand of its own. The interior was decked with skating-related décor and a “penalty box” which was a private space for patrons. The bar area had POS systems, a ticket printer on the kitchen, and an Orange Door music entertainment system. Derby’s also had a menu with food and drink items that did not go past $5 which went well with the location’s household income. 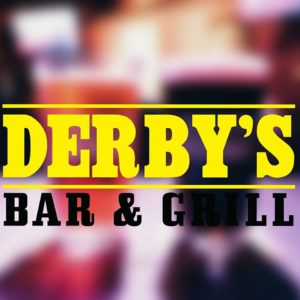 There are a lot of positive reviews on their Facebook page for 2018.  People praised the affordable and delicious menu items, and the friendly bartenders. One negative review pointed out that the jukebox installed by the show was unusable as it allegedly had a lock code installed by the owner.

The bar featured live events like independent masked wrestling shows, live music and comedy, and karaoke. Their food and drink items have expanded considerably, and are all still affordable.