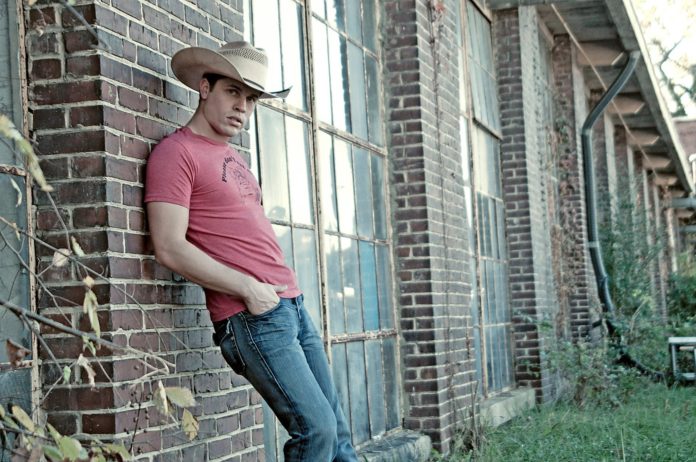 The story of a small-town country singer making it big in Nashville is almost as familiar in popular culture as the farmer’s daughter who risks everything to make it big in Hollywood. Sometimes, however, those stories are true and this was certainly the case for up-and-coming country star Dustin Lynch. Just a kid from Tennessee with a guitar and a dream, he’s become a staple on the Billboard charts and it’s not hard to see why. Let’s take a look at his rise to stardom and see if he’s the real McCoy.

How Did Dustin Lynch Make His Money & Wealth? 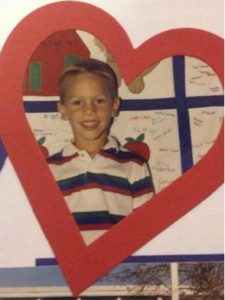 Born Dustin Charles Lynch on May 14, 1985 in quiet Tullahoma, Tennessee, he showed a natural affinity for music as a child and began learning to play the guitar at the tender age of 8, re-focusing on his musical career at age 15. When he was 16, Dustin began traveling south to Nashville to perform at the Bluebird Cafe on their open mic nights and was so popular that he decided to start his own band. After graduating from Tullahoma High School in 2003, he chose to attend Lipscomb University in Nashville on the basis that it was close to the Bluebird Cafe where he was now a staple performer. Though studying biology in college with a mind to go into pre-med, Dustin was also devoting himself to learning the craft of songwriting and when he graduated in 2007, it was the sweet sounds of Nashville that lured him away from medical school.

That career was quick in coming, as Dustin signed with Valory Music Group but in a stroke of luck, one of it’s executives moved to the larger Broken Bow Records and he followed, signing with Broken Bow in 2011. In early 2012 he released his first single, ‘Cowboys and Angels’ which saw critical acclaim and eventually charted at No. 2 on the Billboard Country Airplay and Hot Country Songs charts, becoming certified platinum. His first album, the self-titled debut Dustin Lynch was released in August 2012 and shot to No. 1 in the Top Country Albums chart and his second single from the album ‘She Cranks My Tractor’ also cracked the Top 20 on the Country Airplay chart. There was no denying that Dustin Lynch was a hit and was well on his way to making it big. Early 2014 brought the release of his second studio album, Where It’s At, and the first single, ‘Where It’s At (Yep, Yep) became his first hit to chart at No. 1 and was certified platinum. The next 2 singles, ‘Hell of a Night’ and ‘Mind Reader’ would also hit No. 1 on the charts, leaving people to wonder if there was anything Dustin could release that wouldn’t be an instant success.

For a public eagerly awaiting his third studio album, Dustin Lynch released the single ‘Seein’ Red’ in summer 2016 as a teaser for the eventual full album release. It hit No. 1 in the charts and left fans counting down the days until that third album was ready to drop, slated to be in late 2017. Touring, recording, and living the life of a 100% bonafide Nashville country music star, Dustin has taken his talents and spun them into the American dream. 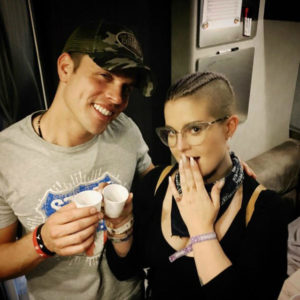 Dustin Lynch is not married. Ladies, he’s single but that doesn’t necessarily mean he’s up for grabs. Famously stoic and evasive about his relationships and private life, Dustin has repeatedly told the press that he’s single and likely to stay that way for a while as he “doesn’t have time for a social life” and may see a romantic involvement as a distraction he can’t afford. He’s also shared that the two new singles from his soon-to-be-released third album allow him to do a bit of flirting with the ladies in the audience, so at least he’s open to a bit of female attention. Speaking of attention, fans of both have been buzzing for a while about a possible secret relationship between Dustin and Kelly Osbourne (of The Osbournes and Fashion Police fame). They’ve both publicly said they’re just friends but rumours were swirling when they posted a one-year anniversary pic to Instragram, clarifying the next day that it was a ‘friendaversary’. Guess we’ll just have to wait and see!

Did Dustin go to college?

Dustin did in fact go to college. He attended Lipscomb University in Nashville, Tennessee from 2003 to 2007, graduating with a bachelors degree in biology and a minor in chemistry. While he’d been considering a career in the medical sciences (potentially prepping for medical school), Dustin has said that he’d be open to a return to the industry eventually. However, he’d never return to what he’s described as the “worst job ever”: working in the environmental lab of a sewage treatment facility testing runoff, something he wouldn’t wish on his worst enemy.

Has Dustin won any awards? 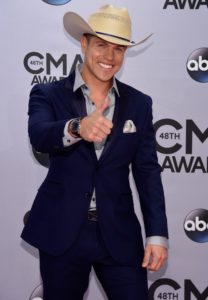 Besides having 4 of his 8 singles chart at No. 1 (2 certified platinum), Dustin has been quite the personality in Nashville. He was featured in Rolling Stone’s 2013 Best of Rock issue and Rolling Stone County’s “Best Things We Saw at the CMT Music Fest 2014”. Dustin was also named “Best New Country Music Artist of 2013” by ELLE magazine, and featured in both PEOPLE Country and US Weekley’s “2014 Sexiest Men of Country”. While he’s been nominated for several major country music awards, Dustin hasn’t been able to clinch those titles but with the buzz building for his upcoming album, it’s getting closer and closer to a sure bet that we’ll see him clutching that gold in the coming year.

What are Dustin’s musical influences?

One of the biggest musical influences on Dustin’s style is Garth Brooks, one of a member of musicians he refers to as the “Class of ’89” and they got their starts and hit big in 1989. This class includes the aforementioned Brooks as well as Alan Jackson and Clint Black, all known for their neo-traditional takes on country music that revived the genre to bring it to a larger, more contemporary audience. While he has songs that include modern ‘bro-country’ style and show a bit of R&B influence, there’s no mistaking the classical, traditional style in a lot of his work.

What does Dustin do with his wealth? 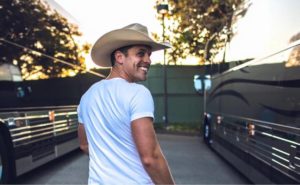 If you thought Dustin was the kind of young star to host wild parties, go on extravagant vacations, or tear it up in a shopping spree, you don’t know this cowboy at all. Restrained and careful with his money (he’s expressed regret at not taking more business/marketing classes during college) the only shopping you’ll catch Dustin doing is celebrity events to benefit charity. No million dollar mansion or flashy Rolls Royce here, just down-home, common sense living, something that’s bound to come in handy if he ever steps away from the lights of Nashville and goes back to the environmental chemistry lab. However, Dustin is a country boy from Tennessee, so there just might be a nice ranch in his future.

On the brink of releasing his next album, Dustin Lynch is a man ready to take his place in the spotlight. With over 677 thousand followers on Twitter, 615 thousand followers on Instagram, and millions of views on YouTube, he’s a man that knows what his fans want and knows how to give it to him. What’s his greatest dream? In an interview with TheBoot.com, Dustin said he wanted “to make a difference in country music. If I can have one song, 20 years down the road, that people will want to play in this genre, that’s a dream of mine.” Thus far, it’s very apparent that his dream has certainly come true.