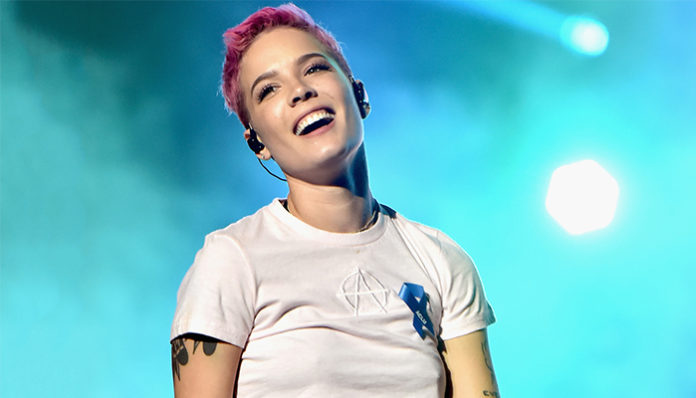 Known for her electro pop beats, Halsey first came to the attention of the public with the release of her debut EP, Room 93. From Washington, New Jersey, she took up several musical instruments as a child, including the cello, violin, and viola; she later moved onto the guitar in her early teens.

By the time she was seventeen however, she had fallen for recreational drugs. At one point, she lived in a basement and only had $9 to her name. It wasn’t until a few years later, that Halsey began to write her own songs. From there, she collaborated with a music producer whom she had met at a party. As one thing led to another, she eventually landed a record deal in 2014.

That fall, Halsey made her professional debut with the EP, Room 93. Since then, she has released an array of titles, from studio albums to singles. Currently it is estimated that the 22-year-old star has a net worth of $5 million. How did she go about making that fortune? Where does her money come from? We’ll be trying to answer these questions below.

How did Halsey Make Her Money & Wealth? 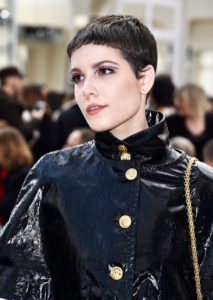 Born on September 29, 1994 in Washington, New Jersey, Halsey (Real Name: Ashley Nicolette Frangipane) grew up with her two brothers, in the township of Clark. As a child, she gravitated towards music, and picked up a number of instruments including the violin. Partly due to her bipolar diagnosis in her late teens, she started to use drugs recreationally at the age of seventeen.

Around that time, she also got romantically involved with a heroin addict. After completing high school, she went to the Rhode Island School of Design briefly, before dropping out and getting kicked out of the house by her parents. It was then that Halsey started to live out of a basement with a few friends- a few of whom she later described as “degenerate stoners”. A definite low point, she recalls only having $9 in her bank account during that time.

From there, she eventually put her musical knowledge to good use and began performing shows at a number of local venues. To help lower costs, Halsey lived with her grandmother for a brief period of time. It was then that she took up songwriting, after having written poems for many years prior. With a little bit of luck, she later met a music producer at a party who asked for a collaboration.

The song titled, Ghost was later uploaded online via Soundcloud. A huge hit, it quickly went viral on the web. To her surprise, she was soon inundated with music offers by several labels. After some shopping around, she signed with Astralwerks Records, as she felt that they offered her more creative freedom.

On October 27, 2014, Halsey released her debut EP titled, Room 93. Rooted on the Electropop genre, it featured the production efforts of Tim Anderson, Chris Braide, and Jim Eliot, among a few others. A relative success- especially for a newcomer some as herself, it contained five tracks including Trouble (Stripped), Empty Gold, Is There Somewhere, Hurricane, and Ghost. Soon after its release, it reached number 159 on the Billboard 200, number 37 on the Top Alternative Albums and number 3 on the Top Heatseekers Charts.

A year later, she followed up with a second EP dubbed, Room 93: The Remixes, which as its title implies, included a number of remixes of her earlier tracks. It wasn’t until August 2015, that Halsey came out with her next big project, her debut album, Badlands. Preceded by the single, New Americana, the project being a concept album, revolved around a fictional society called The Badlands.

Showered with praise, it received stellar ratings from several publications including the Rolling Stone, and Vice Magazine. A few highlights from its track list include Roman Holiday, Coming Down, Hold Me Down, Young God, Haunting, Control, Drive, and Colors. A major success, it reached number two on the Billboard 200 and number one on the Top Alternative Albums chart. Not only was it a domestic hit, but it also garnered Halsey worldwide fame, having charted in several countries overseas.

From there, the singer released two additional EPs, Room 93: 1 Mic 1 Take and Complementary Colours, before coming out with her second studio album, Hopeless Fountain Kingdom on June 2, 2017. Although initial reviews were mixed, it entered the Billboard Top 200 at number one, with over 106,000 sales in the first week. Supported by two singles, the album contained thirteen tracks including Walls Could Talk, Now or Never, Eyes Closed, The Prologue, Devil in Me, all of which were ordered in a story-telling way.

Although not as successful as Badlands, the album did go on to spawn the gold single, Now or Never, which peaked at number 17 on the Billboard Hot 100. Her sixth RIAA-certified record, it also charted at number 4 on the Mainstream Top 40 record chart in the United States.

In 2016, Halsey’s popularity also spiked with the release of the song, Closer– which was a collaboration with the music duo, The Chainsmokers. Easily one of the greatest highlights of her career, the song proved to be a chart topper, having reached the top of the US Billboard Hot 100, as well as in many other countries. A massive success, it has since gone platinum a whopping seven times in the United States.

Obviously, a big portion of her fortune would have come directly from her record sales. Still, that doesn’t account for her entire net worth of $5 million. Where else does 22-year-old star’s make her money from?

Well for one thing, Halsey makes a decent amount from putting on concert shows throughout the year. For instance in 2015, she went on her Badlands Tour in support of her debut album, which saw her performing as far as Singapore. A highly anticipated event, each of the 85 show dates grossed a few tens of thousands of dollars in revenue. Besides that, the singer has also opened for Imagine Dragons and The Weekend in 2015.

Speaking of which, the 22-year-old is actually on the road as we speak, for her 2017 Hopeless Fountain Kingdom Tour. According to the artist’s official site, it will be kicking off at Uncastville, Connecticut this September and continuing November in Ohio. For all we know, this is just the first instalment; more international dates will be added later.

Like many recording artists, Halsey has set up an online store where fans are able to buy a range of memorabilia. Looking at it now, a wide array of items are available from necklaces to t-shirts; the products range from $15.00 for a CD to $69.99 for a merchandise bundle.

As far as television appearances go, the twenty something year old has appeared on the small screen on a few occasions. In 2016, she played as herself in the comedy series, Roadies, starring Imogen Poots, Luke Wilson, and Carla Gugino. Then more recently, she lent her voice to a character in the popular cartoon, American Dad! (2017).

Currently it is estimated that Halsey has a net worth of $5 million. From everything that we’ve said above, our best guess is that she earned the majority of her fortune through her records, and concert tours. Given that she continues to put out new music, it’s likely that her overall assets will continue to rise. Who knows? Will we be seeing her on the big screen someday? Only time can tell.

From what we can tell, the singer is currently single. In the past however, she has dated musicians Lido and Ashton Irwin.

Does Halsey Have Any Children?

No, Halsey does not have any children that we know of.

Did Halsey Go to College?

After graduating from high school, Halsey went to the Rhode Island School of Design in Providence briefly, before dropping out to attend a local community college. Due to high tuition fees however, she ultimately dropped out, which resulted in her getting kicked out of the house by her parent.

Where Did Halsey Get Her Stage Name From?

Her professional stage name, “Halsey” is a reference to Halsey Street, a place where she’d spent much time as a teenager. Not only that, but it’s also an anagram of her given name, Ashley.

Where Does Halsey Live? Pictures of Halsey’s House

This year, the star reportedly purchased a four bedroom, three bathroom home in the Beachwood Canyon neighbourhood of Los Angeles, California. Located on a 0.18 acre lot, it includes an outdoor kitchen, infinity pool, as well as a personal spa. According to reports, she had bought the 2,490 square foot property for $2.23 million.

Prior to purchasing her new home, Halsey lived in a rented house in Sherman Oaks.

What Kind of Car Does Halsey Live?

Information on Halsey’s vehicle is unavailable at this time.

How Much Did Halsey Make Last Year?

Details on Halsey’s 2016 income is unavailable at this time.

A multi-platinum selling artist, several of Halsey’s music releases have reached respectable spots on music charts around the world. As of 2017, she has come out with two full length albums, one extended play, and nine singles, many of which have attained certification from the RIAA.

A well respected artist, she’s received several recognitions and awards throughout the years. So far, her collection of accolades include a Billboard Women in Music Award, an iHeartRadio Music Award, and three Billboard Music Awards, among countless nominations- two of which are for the prestigious Grammys.

In January 2017, the singer made a personal donation of $100,000 to Planned Parenthood, the embattled women’s healthcare provider in the United States. The donation came at a good time, as House Republicans recently vowed to strip the organization of its funding.

As mentioned earlier, Halsey will soon be on the road for her Hopeless Fountain Kingdom Tour, which will be held in support of her second album of the same title. For more information on the event, please visit her official website.

So far, the singer has released two singles this year, Now or Never and Bat at Love, the former of which has gone gold in the United States.