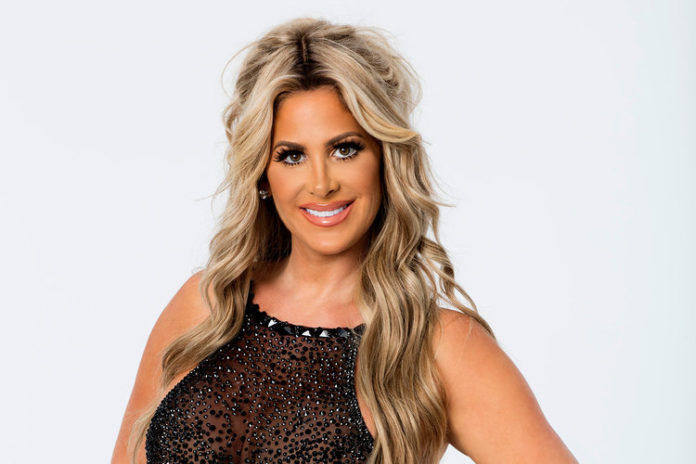 Everyone has that one friend, don’t they? She’s wild and boy-crazy and tons of fun and yeah, she can be a handful sometimes but she’s with you through everything (even that night post-breakup in the club bathroom, sobbing and puking while she held your hair and told you that you were too good for him). If you hate her worst you’ll miss her best and that’s where her magic is. For reality TV fans, Kim Zolciak is one of those friends and no matter what happens, they know she’s worth it. A true example of someone taking their personality into the limelight and using it to build a name, career, and brand, Kim has the savvy and sticking power rare in reality TV stars. So, has her life been ho-hum since she first hit the scene? Girlfriend, you couldn’t not be more wrong! 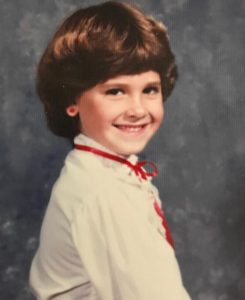 Born Kimberleigh Marie Zolciak on May 19, 1978 in Pensacola, Florida into a military family that ultimately settled in Windsor Locks, Connecticut where her parents (Joseph and Karen) raised her and her brother Michael. Attending East Catholic High School, Kim has shared that she cared more for boys and fun than for school, throwing tomatoes at cars and once being fired from Burger King for giving her friends free food. After graduation, she studied nursing at the University of Connecticut and fell pregnant with her first child, (Brielle, 1997), struggling as a student single mother in a dismal apartment. In 1999 Kim moved down to Atlanta, Georgia where her parents now lived, marrying Dan Toce in 2001 and giving birth to her second daughter, Ariana (2001). The love was not to last, however, and the two split up in 2003, leaving Kim working a hectic schedule as a nurse trying to provide for her children.

It was during this stressful time that Kim’s relationship with her ‘toxic’ parents broke down completely. She told The Daily Mail that as a teenager, they told her that she wouldn’t amount to anything and that while she worked nights as a nurse, her mother charged her $100 a night to watch her daughters. While she tried for quite a while to make things work, rationalising with “they are your parents and they can do no wrong,” eventually Kim made the decision to cut contact with them to avoid abuse. She is currently estranged from both parents due to extremely negative statements they made to the media about her in 2012 and has no relationship with her brother Michael. While hopeful, well-meaning tabloids pen breathless articles wondering if a reconciliation is the cards for Kim and her parents, some betrayals can run too deep to ever be healed. Weathering family hardship can take its toll on someone but Kim kept a positive outlook, which was fortunate, as opportunity was about to knock and it wasn’t taking no for an answer! 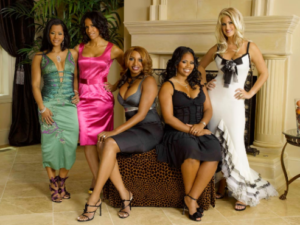 In 2008, Kim appeared as part of the cast in the new series The Real Housewives of Atlanta which is currently in its 9th season and is the most popular and highest rated of all the Real Housewives shows. The focus of this series (following The Real Housewives of Orange County and New York City) was to be on motherhood, entrepreneurship/business, and friendship and Kim was right there on the ground-floor of it all as she tried to balance recording a country music album with being a single mother (though she had mysterious boyfriend ‘Big Papa’). Throughout personal conflicts, especially with NeNe though off-and-on with Sheree and Kandi, stepping into the country music scene and starting a wig business, Kim proved she was wild and fun enough to steal the spotlight when she had to. Having ditched ‘Big Papa’ (Lee Najjar), Kim hit it off with former Atlanta Falcons player Kroy Biermann, becoming pregnant and engaged during the series. There were low times as well, such as Kim and Kroy’s surprise eviction from the mansion they were attempting to buy, betrayals of all shapes and sizes, and when Kim’s ultimate commitment as a friend is questioned, she leaves the group and the series, midway though Season 5 (2013).

Kim’s moment in the limelight wasn’t over yet, however. Between Season 4 and 5 of The Real Housewives of Atlanta, she and fiance Kroy were the subjects of a spin-off show Don’t Be Tardy for the Wedding detailing their wedding preparations. Premiering in 2012, the first season described everything from their meeting in 2010 at a Dancing With the Stars Atlanta charity event, subsequent relationship and engagement, and birth of their first child together, Kory Jagger Biermann Jr. (2011). The season culminated in the wedding but not without a lot of stress, panic and the drama that everyone has come to know and love from celeb reality TV. While Kim tried to reconcile with her mother, it was not to be and the wedding was marred by a blowout between the two and the relentless presence of the paparazzi. In the aftermath, Kim’s father gave his devastating statement to TMZ and Kroy became estranged from his parents over their disapproval of the union. Undaunted and not afraid to fight, the two vowed these trials would only make their family stronger and Bravo renewed the show for a second season, renaming it Don’t Be Tardy. 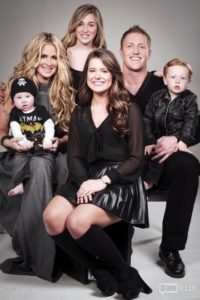 So what’s been going on in Kim’s life since then? Go on and dish, girl! Don’t Be Tardy is now in it’s 5th season and has been renewed for a 6th. Kim and Kroy have been blessed and blessed again (and again!) with Kish Kade born in 2012, and twins Kaia Rose and Kane Ren born in 2013). Don’t worry, because Kroy stepped up and in 2013, formally adopted Brielle and Ariana, Kim’s daughters from previous relationships, and the family has weathered all that the world’s had to throw at them, including a career-pausing injury for Kroy, Kim’s parents attempting to sue for ‘grandparent rights’ to the children and the multiple stressors of having both moody teenagers and moody toddlers under one roof. Recently, son Kish was seriously mauled by a dog, facing the possibility of losing sight in one eye but with reconstructive surgery, the lad’s on the mend. With the new trailer for Don’t Be Tardy Season 6 just live (the show debuts October 8, 2017), it’s clear there’s going to be a lot going on, from Kish’s injury to the older girls struggling with how to express their independence as they become young adults.

As if having her own reality show wasn’t enough, Kim also appeared on Dancing With the Stars (season 21, 2015), paired with professional dancer Tony Dovolani. Tragedy struck, however, and she had to withdrawal during week 3 when she suffered a transient ischemic attack (TIA, a mini-stroke). TV is not her only talent, as Kim has always had a very savvy business sense and in 2016 she debuted her new skin-care products line, the Kashmere Kollection, with soothing pastels and a wide range of accessories that fit any lifestyle from the office to the spa, or even travel. Rumour has it she’s also working on a custom perfume, Kashmere, which she describes as a “cool, beachy scent” as she wanted something light and heady but also not overwhelming. 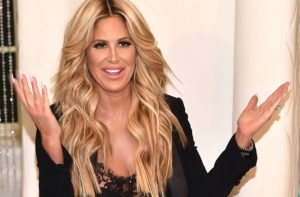 Season 5 of The Real Housewives of Atlanta might seem like such a long time ago but Kim had always said that she’d be up for coming back and now that time has come! Just who waltzed into the season finale with dramatic flair and intentions to re-join the group? That’s our Kim! She’s listed as a reoccurring guest so we know that the party in Atlanta is just getting started. While Sheree remains the only member of the original cast on the show, there has also been talk of NeNe returning, which could end up being pretty explosive given the history she and Kim have. Fans and foes alike have been buzzing about the news of Kim’s return all season which just goes to show that while everyone has that one friend who can get to be too much sometimes, when your back’s to the wall, there’s no one else you’d rather having fighting with you on your side.

In 2015, Kim returned to her hometown of Windsor Locks, Connecticut with Kroy to meet up with some old friends and see the town. Surprised at how little had changed, she pointed out the casino where she used to gamble and the sidewalk where she’d once carved her name in the wet cement; her own personal ‘Hollywood star’. After a nice reunion with her friends, Kim reflected to Kroy that if she’d stayed in Connecticut her life would have been very different and untouched by fame, that the little girl who put her name on the sidewalk had no idea where life would take her. Fame, fortune, influence, and sometimes notoriety can all have their price but Kim Zolciak has taken the good and left behind the bad, keeping her life on her terms.