What Happened to Nicholas Godejohn– What is He Up to Now? 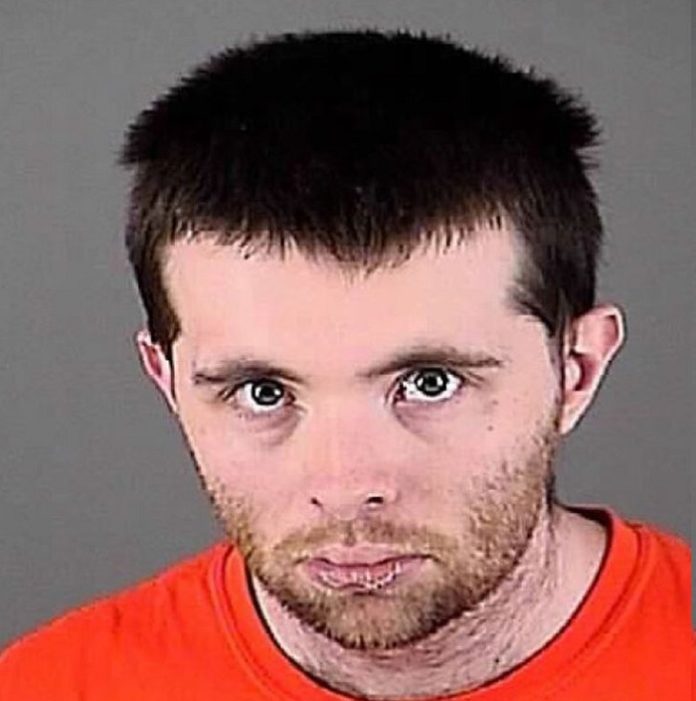 Crime and the effective punishment of criminals is one of the central cornerstones upon which modern civilized democracies are built, and there can be no more serious crime than that of murder, the taking of another’s life. But the murder of Dee Dee Blanchard, and the motivations of the two accused of the crime, Nicholas Godejohn and Gypsy Blanchard, is one of the most sensational, and unusual murder cases that has ever come to light.

After a decade long tale of deceit with details that are almost beyond belief, the death of Dee Dee Blanchard at the hands of Nicholas Godejohn has split opinion greatly. There are those who contend that Nicholas’ actions were motivated purely by the desire to protect the girlfriend he loved, and there are others who maintain that he is a cold-blooded killer deserving of the lifetime sentence that he could possibly receive when his case is heard later in 2017. But what are the full details in the murder of Dee Dee Blanchard? And how did Nicholas become involved with Gypsy Blanchard in the first place?

The murder of Dee Dee Blanchard is a case that someone should have written as a fictional novel, although such a work of fiction would probably have been criticized for being too fantastic and unrealistic. Gypsy Blanchard was a young girl with serious medical problems, but her mother Dee Dee selflessly cared for her desperately ill daughter through it all. Gypsy was confined to a wheelchair by Muscular Dystrophy, she was slightly mentally retarded, and she suffered from a wide range of other complaints.

Dee Dee and Gypsy had moved from Louisiana after losing everything in Hurricane Katrina and started a new life in Dee Dee’s native Missouri. Friends and charities gave much support to the sick young girl and her selflessly ever-caring mother, but the truth was far darker than almost anyone realized, and Gypsy’s constant hospital visits, daily cocktail of drugs, and life that was completely dependent on her mother was the result not of her many medical conditions, but the result of her mothers lies and probable mental illness.

Gypsy Blanchard was in effect a prisoner of her controlling mother, who would never leave her side in company. She would always hold Gypsy’s hand and make sure that Gypsy didn’t say anything that might reveal the truth, which was that she was in reality completely healthy, not in the least mentally retarded, and completely able to walk. Gypsy had been forced to live this life of deceit by her mother since a very young age, and Dee Dee’s control ensured that she was not able to make any friends, or tell the truth to anyone. Dee Dee made her daughter shave her hair off, telling her it would fall out soon anyway, she fed her a cocktail of daily medications that she didn’t need and made her suffer countless surgical procedures that were equally unneccesary. Their lives were constantly punctuated by regular visits to hospitals. Gpysy feared that if she tried to tell anyone the truth she would not be believed, as everyone was under the false impression that she was not mentally competent, and Dee Dee made sure to reinforce that fear, leaving Gypsy with no way out of her control and manipulation.

Gypsy’s teeth fell out due to the medications her mother made her take and she didn’t receive any formal schooling past second grade, instead being homeschooled by her mother, who lied to her about her age and told her she was several years younger than she really was. As gypsy grew older she longed to lead a more normal life, and entirely naturally, when she was in her late teenage years she wanted to meet young men of her own age. She was allowed to attend science fiction and fantasy conventions, and had even attempted to escape her mothers control at one convention, but she had been tracked down by Dee Dee within hours, and was threatened with broken fingers if she ever tried to escape again.

Nicholas Paul Godejohn was born in Waukesha, Wisconsin on 20th May 1989. He was a slightly built boy and he was diagnosed as being on the autism spectrum from a young age. With an IQ of just 82 and a mental age of someone much younger he spent much of his time playing video games and on the internet. Around 2012 or 2013 he struck up a friendship, and then an online relationship with Gypsy Blanchard after first meeting her on a Christian dating website, and the naive and inexperienced couple formed a deep and at times intense relationship from that point onwards.

In 2013 Nicholas, who had never previously been in any kind of trouble was arrested in a McDonalds restaurant for lewd conduct after allegedly watching pornography on a laptop. When he was arrested he was also carrying a large folding knife, commonly known as a switchblade, and he was charged with a weapons charge as well as lewd behavior. Sometime that same year his online relationship with Gypsy Blanchard had developed to the point that she trusted him enough to tell him the truth about her medical conditions, she revealed the lies that her mother told everyone, and the physical threats and abuse she faced if she did not go along with the deceit.

Nicholas, known as Nick to Gypsy, promised to protect his girlfriend and the pair began talking about killing Dee Dee so that Gypsy could be free to live her own life. At first the discussions about murder were little more than roleplay, something that Nicholas was keen to have in their relationship.

He introduced Gypsy to BDSM and suggested they roleplay a dominant/submissive relationship, with him in the dominant role. Although hesitant at first and completely inexperienced when it came to relationships, Gypsy entered into such a relationship with Nicholas. They chatted and exchanged pictures at night on Facebook when Dee Dee was asleep and eventually hatched a plan for Gypsy’s mother and Nicholas to meet during a movie theater trip. The plan was a disaster, Nicholas Godejohn seemed completely out of place at a childrens movie on his own and the pair failed to form a pretext for meeting for the first time. Growing more desperate to move their relationship to a more physical setting and never seeing a way to free Gypsy from her manipulative and controlling mother, their plans of murder became more serious, and by 2015 they decided to act upon them.

The Murder of Dee Dee Blanchard

On July 14th 2015 Dee Dee’s Facebook account suddenly posted a short message stating ‘That Bitch is dead’, followed by a longer post that claimed the poster had ‘slashed that fat pig’ and raped Gypsy Blanchard. Worried friends contacted police who found Dee Dee’s body in bed, she had been stabbed multiple times, and disturbingly Gypsy was missing even though her wheelchair and medications were still at home. Everyone feared the worse outcome in the case until police tracked down Nicholas Godejohn and Gypsy at the Godejohn family home in Big Bend, Wisconsin after finding the messages between them on Gypsy’s computer.

The level of Dee Dee’s lies and manipulation of Gypsy, Doctors and everyone else finally became clear and friends were stunned, as well as amazed at the sight of Gypsy walking into court. Anger at Dee Dee’s lies and manipulation led to the sympathy for her being transferred to her daughter who had suffered at her mothers hands for so long. Gypsy and Nicholas confessed to planning the murder and Nicholas admitted doing the actual killing, while Gypsy was locked in her bathroom listening to her mother screaming.

Eventually the full story of Dee Dee’s manipulative past came to light, and it was strongly suspected that she suffered from a mental illness known as Munchausen by Proxy syndrome, a psychological illness that compels carers to exaggerate, or completely make up medical complaints for those they look after in order to satisfy a deep psychological need for sympathy, attention, and sometimes money. Her family back home in Louisiana told of their suspicions that she had tried to poison her stepmother, and the way in which she had moved away in order to avoid their questions about Gypsy’s health. Gypsy herself was offered a plea deal in July 2017 and pled guilty to second degree murder, for which she received a ten year sentence, but Nicholas’ day in court is not due until later this year.

Nicholas Godejohn still has the more serious charge of first degree murder for the murder of Dee Dee Blanchard to face, and for that he could potentially receive a sentence of life in prison. Although Missouri does have the death penalty for such a charge, prosecutors announced they would not seek such a sentence for either of the defendants at the start of their investigation due to the extremely unusual circumstances of the case. Nicholas and Gypsy both agree that it was Nicholas that actually physically killed Dee Dee Blanchard, but the question of which of them actually initiated the murder plan in the first place is what much of the case may well depend on.

Most medical experts agree the Gypsy Blanchard could not have been subjected to her mothers manipulation for so many years without picking up some of those traits herself, and although she is clearly the person who suffered the most out of everyone involved in the case, it is contended by Nicholas’ defense attorneys that it was Gypsy’s manipulation of their client that led him to commit murder. Even though Gypsy Blanchard has been convicted and is now serving her sentence, it is the degree to which she is also responsible for instigating the murder of her mother that will most influence the punishment that Nicholas Godejohn  will receive when his case comes to trial later this year, but for the moment Nicholas, now aged 28, sits in county jail awaiting his trial.

On June 15th 2017 Nicholas, who had originally waived his right to a trial by jury and instead opted for a bench trail, changed his mind and requested that his case instead be heard by a jury. On June 23rd 2017 Judge David Jones accepted the request.

On August 5th 2017 the judge in Nicholas Godejohn’s case passed a motion for him to get new defense attorneys in the case, his trial is due to begin on December 11th 2017.