Prince William Net Worth in 2018 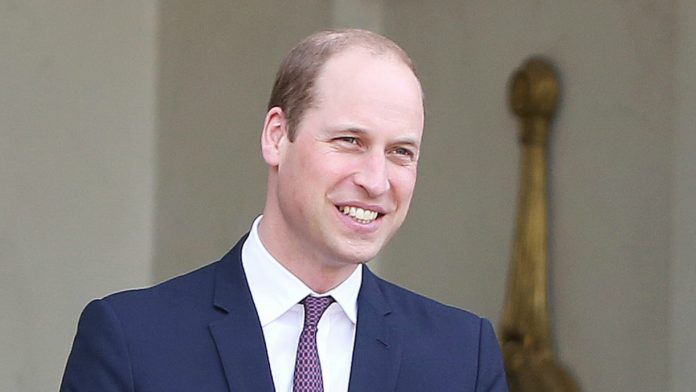 Well this is going to be an interesting article. Unlike my look at rappers or social media stars, Prince Williams net worth is sort of built in to who he is. I am of the opinion that the Royal Family in general is a touch misunderstood. The idea that they are hanger ons or spongers makes absolutely no sense when you look at what they own, and the income generated by that. Research for this one has been a blast. I had a vague understanding of what the Royals did for England, but the more I read the more I get it. I might not agree with a lot of it, but I get it.

So let’s take a look at the life of Prince William, see where he made his money.

How Did Prince William Make His Money & Wealth?

Prince William, full name William Arthur Philip Louis, was born 21st of June 1982. He is the eldest son of Prince Charles and Lady Diana, making in second in the line of succession. He was called Wombat by his parents for some reason. His early life was an odd blend of the royal standard and more conventional interests. His mother, Diana, insisted on her boys having access to more normal things, music, video games etc. His parents divorced in in 1996, and she died a year later in a fatal car crash. 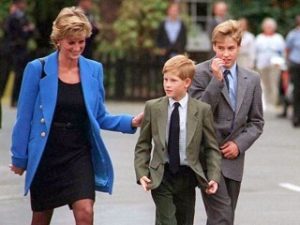 He studied at a wide range of independent schools in England, ending with Eton College, equal to High School.  He went to Belize in the early 2000s to train for the military, worked at English Diary farms and volunteered in Africa. He soon moved onto University, studying Art History and Geography at St Andrews, which saw a massive influx of applications once the news broke. After graduation he pursued a career in the military. Though he sought active service in the armed forces his position as second in line precluded that possibility, though not for lack of trying. He also had a number of royal duties to attend to, including interning at a land management firm and a bank, in prep for his eventual management of the Cornwall Estate.

William is a Royal of House Windsor, so the majority of his income comes from the Crown Estate. The Crown Estate is a vast collection of lands that belong to the Royal family. The British Royal family owns huge amounts of land and properties all over the country, but they do not have control over the land, nor do they take the much of the profit generated by the land either. The land was used by the reigning Monarch to pay for their government, but in 1760 George III relinquished control over the lands to the Treasury in exchange for writing off debts and having the Royal family paid a percentage of the profits called the civil list. By tradition every monarch would continue the deal upon ascending to the throne, until the  Sovereign Grant Act replaced it with said Grant.

There are a number of Estates separate to this, but the one that applies to William is the Estate of Cornwall. The Duchy of Cornwall is currently under the control of Prince Charles, and it is designed to provide the the next in line with an income separate from the Sovereign Grant. In 2014 Prince William began vocational training for managing the property. For years the Prince did not pay income tax on money earned from the property, as the government somehow decided that Crown Body’s are exempt from tax for some reason. Prince Charles voluntarily began paying income tax on the property in 1993, but to this day he does not have to. I imagine when William becomes the owner this arrangement will continue.

William’s mother, the late Princess Diana, also contributes to his current income, in the form of investments she made and left to her sons. Diana was a member of the Noble House Spencer, and thus had access to a fair amount of money in her own right. The investments she made before she died amounted to $10 million and pay out an average of half a million a year. Finally, Prince William was in the military, and thus received an annual salary as a part of his status as a commissioned officer.

Prince William married Catherine Middleton in 2011. Catherine Middleton met the Prince while attending University, studying Art history as well. The couple have been plagued by media attention ever since the relationship was announced. The Duke has been very vocal regarding his opinions of this, asking that while off duty, that is to say not appearing in an official capacity, that they be left alone. Considering that his mother was killed while being chased by paparazzi this is easy to understand.

Does Prince William have any children?

Where is Prince William from?

Where does Prince William live?


You know, I thought this was as silly as the previous question for a brief second before actually asking myself, Where does Prince William live. Until recently he lived in his country home in Norfolk, but moved to Apartment 1A Kensington Palace.

What Philanthropic endeavors is Prince William involved in?

The Royal family is involved in a wide variety of charity work. Health is important to William, with he and his brother volunteering with the Red Cross, and donating to same. A Special interest is HIV/AIDS, due in no small part to the influence of Diana. He is a patron of the Tush Trust, a group focusing on conservationism.

When will Prince William Be King?

That is an interesting question. The next in line is his father, Prince Charles, but there has been rumors suggesting that he will abdicate. Back in the mid nineties Diana was of the opinion that he was ill suited to the duties of the monarch,l considering the limitations it would place on him. Charles is very concerned with a variety of pursuits, both personal and charity related. There is also a growing trend in European Monarchies to pass the crown to a younger generation, something that Charles very much does not fit into right now. I think William would be a better fit in general, as he has a higher profile these days, and his approval ratings are quite high. It is very likely that he will be named the successor to Queen Elizabeth II before the end of the year.

What is Prince William barred from eating while traveling?

This is a weird one as well. The royal family in general are not allowed to eat shellfish when traveling on official business. Probably to limit the chances that any of the get sick.

Is Prince William a certified pilot?

He is, he earned his wings in the military, and is able to fly helicopters. Up until June of this year he flew for the East Anglia Air Ambulance, where he saved a number of people stranded.