Showdown at Standard Burger Update – What Happened After The Profit 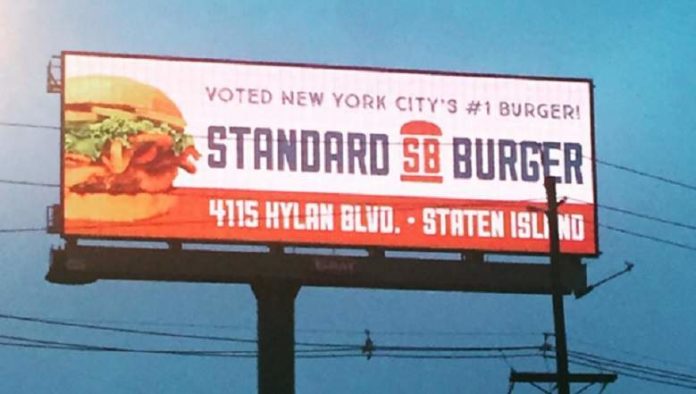 Standard Burger Before The Profit

Standard Burger initially began as a restaurant owned by four friends in Staten Island, with one of the owner’s brothers taking care of the kitchen. While initially the burgers and business were good, things began to turn south as management became disjointed and the establishment became a mess. Earlier in this season of The Profit, Marcus Lemonis dropped by to fix the place and really have them start setting a standard for food, instead of just saying that the did. But did the lessons he taught them stick after he invested so much money? We return to the restaurant in this episode to see.

Showdown at Standard Burger on The Profit

Returning to Standard Burger’s homestate of New York, Lemonis meets up with the other owners at Battle of the Burger, where burger joints aim to be the best in New York. Everyone on the line was fired up and Marcus even joined in on the fun. After 5 hours, the Standard Burger team came out the winners. 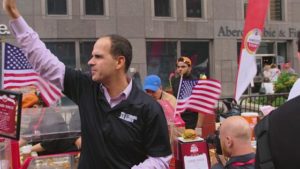 The following day in Staten Island, Marcus has some high hopes meeting up with a potential franchisee, and the joint looks on the surface as good as it was when he left. Things get a little hairy as the menu display is discussed, as cheap chalkboards advertise even cheaper food that cause an issue. The original concept was thrown out the window and the restaurant owners toss themselves into a fray including personal matters which certainly harken back to the first episode. Marcus cuts them down a bit and tells them that a cool off is needed while he speaks with the staff. In the back, the staff have songs of praise for Fuji who is clearly a leader of the back. However, things start falling apart when Marcus works the back and sees that the order delivery is all wrong and plenty of people are getting the wrong burgers if they get them at all.

These errors prompt Marcus to talk financials with the team again. Gains in terms of gross revenue have been fantastic since the first episode, more than doubling. So with that out the way, food costs are discussed as the business runs on tight profit margins. In fact, it’s desired that food costs are less than 30% of retail price, and currently it’s about 31.5%. The month thereafter, a 3% increase in food costs are caused by the low cost burger options. The good news is they as a company are at least breaking even which is mentioned as far better than losing money. Next on the table is management, as some of the owners have not been showing up as often as they should. Seeing as they are all owners, they should not have to be invited into their own business.

The next morning a location is put on the table by Sammy, which is a shopping center being constructed. While not being completed, the rent is put up like it’s already done and in a luxury spot, asking for over 20% of their revenue (if the same rates of sales were applied store to store) where 8% is usually seen as a maximum. Marcus hard balls the owners about demand and data, and ultimately scares off their thought of renting the facility. But not without there being another blow up between the other owners. Joe and Sammy tend to lock heads and Marcus takes Joe aside to talk to him. Marcus gives him some advice to chill out, and Sammy takes him aside to talk to him about Standard Burger. Apparently, the past few months have not been going as planned. Marcus advises that they all just relax for a bit before making any decisions regarding management.

The meeting with the first franchisee candidate comes next. John comes from design and construction with his wife’s family having 5 decades of experience, making him well qualified to own a franchise. His first complaint is the small menu and suggests a kids menu, as well as a few non-burger options. John echoes Marcus’s concern about the profit margins, and schedules a second meeting in a couple of weeks. This transitions into another review of food costs, where Joe is in the hot seat. It’s clear that he has no idea how to measure food expenses, which is critical for being a general manager. He tries to weasel out of blame but is pretty well pinned. Marcus then calls a food distributor who has worked with the company to work on prices. He immediately gets a drop by 10% in meat prices simply by asking. Joe and Marcus then speak outside again. Sammy is then called out to try and hash out the issues. Joe explodes and flips a chair, squaring up to Sammy who tries to keep things quiet, with Marcus obviously more than a little uncomfortable. Joe quits as a manager, claims nobody likes Sammy, and tells him to do his job.

A major issue then erupts as Sammy mentions that Joe fired a girl that worked there for years, and Marcus is curious as to who it is. As if by Hollywood magic, another man is waiting for them to finish their conversation with a not so friendly look about him. It turns out it’s Nikki’s father (the girl who was fired) and Joe looks more than a little nervous. Marcus walks over to talk to him in private. It turns out Joe was dating this worker until he “started dating someone else” and fired her with a bit of verbal abuse to boot. Joe walks over and tries to insert himself, which just brings more shame to everyone involved. He then admits to the relationship after initially trying to deny it, and states he fired her today, over the telephone which is about as unprofessional as one can get with a worker of over 3 years. Joe tries to blame Sammy, and Marcus states he’s amazed Nikki’s dad didn’t beat him to a pulp. Nikki then shows up and Marcus talks to her. She admits it was on and off dating on the clock, and that Joe was cheating on his girlfriend during this time.

Marcus then meets Joe later, and is in no mood to take any of his bluffing. Marcus plainly states he can’t let his personal life in the way of the business, and Joe tries to cover for himself. Marcus has no problem cutting through his lies. There is some serious problems, and Marcus sees the solution as firing Joe, and having him as partner only. He then goes to meet the other partners and states he’s out as manager, and Sammy is going to slide in for now until a formal manager can be hired. 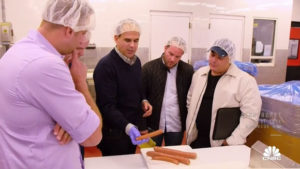 The team finally meet up with vendors for non-burger foods. They see a monster hot dog option as well as more reasonable ones, which allows for a kids menu item and another signature item. These additions, better food costs, and a solid presentation win over the franchisees.

Standard Burger now in 2018 – The After The Profit Update

Since this episode of The Profit, Standard Burger has straightened up a bit. While only keeping one location open, the owners have added a new partner named Tailgate Joe who seems to have some real culinary chops. This was a smart move, as since his addition, both Yelp and Facebook reviews have gone up and more people have been visiting Standard Burger especially after the showdown. A continued investment by Lemonis to the tune of half a million dollars has helped keep the business developing and may one day make it a more household name with branches opening up in cities across the United States.