Who Are the Charlotte Hornets, Really?

In 1998, the NBA expanded from 23 to 25 teams, adding the Charlotte Hornets and Miami Heat. Both teams struggled in their first seasons, as most expansion teams in all sports do, finishing last in their divisions. By 1993, though, the Hornets would have their first winning season and their first winning season behind their star frontcourt featuring second-year power forward Larry Johnson and rookie center Alonzo Mourning. The Hornets would go on to make the playoffs six of the next nine years, even after both Mourning and Johnson had moved on, peaking at the Eastern Conference semifinals.

Even with the team’s popularity and success, owner George Shinn had a contentious relationship with the city, and in 2002, Shinn got approval to move the team to New Orleans. The franchise played there from 2003 to 2014 as the New Orleans Hornets except for the 2005-2006 and 2006-2007 seasons, when they played in Oklahoma City due to the damage caused by Hurricane Katrina. They were known as the New Orleans/Oklahoma City Hornets for those two years. As part of the deal to move the Hornets to New Orleans, Charlotte was promised another team, and they got it two years later in the Charlotte Bobcats.

The Bobcats struggled throughout their history under that name, managing a winning record only twice and making the playoffs twice. Meanwhile, the New Orleans Hornets were having success behind one of the league’s top young stars in Chris Paul.  Then, in 2010, a wild sequence of events would shake up the entire histories of these two franchises.

First, George Shinn sold the New Orleans Hornets to the NBA for $300 million. Then, during the 2011-2012 season, the NBA-owned Hornets traded Chris Paul to the Los Angeles Clippers. The team immediately tanked and ended with the worst record in the Western Conference. That record helped secure the #1 pick in the next year’s draft, which they used to draft Anthony Davis.

Four months later, Tom Benson purchased the franchise from the NBA for $338 million. Benson was a local and the owner of the New Orleans Saints, and he wanted to rename the franchise something with local relevance. After a failed attempt to get Utah to surrender the Jazz moniker, the franchise eventually settled on the Pelican, the state bird of Louisiana, as the new mascot.

With the Hornets mascot now abandoned, Bobcats owner Michael Jordan applied to bring the name back to the city of Charlotte. Expedited by the fact that the NBA owned it, the team was awarded the name, and the Charlotte Hornets returned to the NBA. As part of a deal with the Pelicans and the NBA, the history of the Charlotte Hornets and Bobcats would be combined as though they were one continuous franchise, and the New Orleans Pelicans would be considered as an expansion team from 2003, even in the years they competed under the name Hornets. 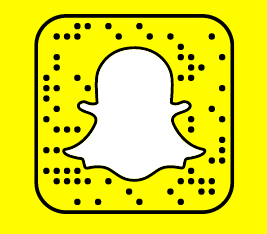 You can follow the Charlotte Hornets on Snapchat at their rather self-explanatory username, Hornets. Click the link here or use the snapcode above to add them.

Charlotte Hornets Instagram username — Visit @hornets on Instagram for cool photos of the Hornets in action, straight from the source.

Charlotte Hornets Kik username  — As far as we can tell, the Hornets do not have a public Kik account. And honestly, wouldn’t it be weird to have a chat with an entire NBA franchise, anyway?