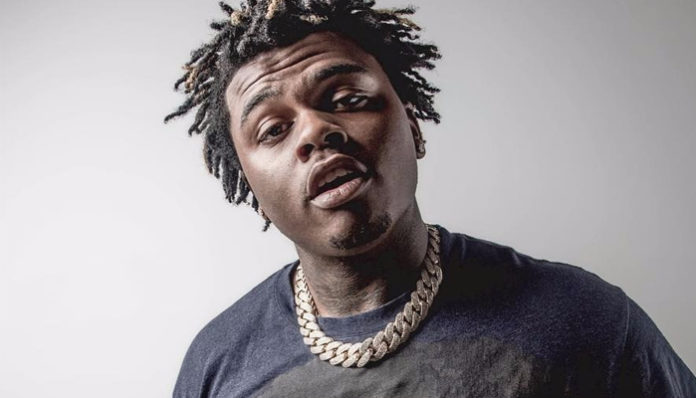 The newest signee to Young Thug’s YSL Records, Gunna recently dropped his debut mixtape, Drip Season last year. Hailing from College Park, Georgia, he initially gained attention after being featured alongside Gucci Mane and Travis Scott on Thug’s track Floyd Mayweather. Known for his straight forward rap hits, his presence has gradually been growing in the rap scene over the past two years.

Though he took up rapping as a hobby in his teens, it wasn’t until the recent years that he took the possibility of a music career more seriously. Befriending Young Thug- an artist who he’s admired for a long time, he eventually signed to his YSL imprint in 2016. Heading straight to the studio, he recorded and released his first project, Drip Season later that same year. Since then, he has followed up with another mix tape titled, Drip Season 2.

How successful has his ventures been so far? According to sources, Gunna currently has an estimated net worth of $45,000. Where did he earn this amount from? Interested in knowing? Read on!

How did Gunna Make His Money & Wealth? 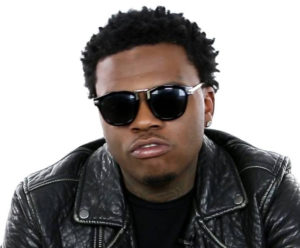 From the streets of College Park, Georgia, Gunna has been involved with hip hop ever since his teens. Growing up, he often listened to the works of Future, and Outkast. Like many artists however, it took a while for his hobby to grow into something more serious. For him, he began to take his music more seriously in mid 2016. Luckily for him, one of his friends eventually hooked him up with Young Thug, an Atlanta MC who own the YSL Records Imprint under 300 Entertainment.

Having admired Young Thug for many years prior to their meeting, they quickly befriended each other. From there, Gunna eventually signed to his label. Heading straight to the studio soon afterwards, he later scored an opportunity to be featured on Thug’s track, Floyd Mayweather, where he lent a verse alongside rap stars Travis Scott and Gucci Mane. A major hit, the feature was enough to propel him into relative fame. As of 2017, the official audio has been streamed over 8.2 million times on Youtube.

In the fall of 2016, Gunna dropped his debut mixtape, Drip Season via the imprint. Made available on October 14, it included a number of features from Duke, Nechie, Thug, and Young Trez. Produced by the likes of Bricks, OG Butla, Wheezy, TM88, and StoopidBeatz, among a few others, the tape boasted rap tracks; some of the titles included Stay Focused (Ft. Nechie), Cop Me a Foreign (Ft. Young Thug), Rockstar Status), Goin in, and Outta Sight Outta Mind.

Released as a digital download, the mixtape quickly garnered thousands of streams online- to date, it has already been played over 21,000 times on the mix tape sharing website, Datpiff.

Interestingly enough, the Atlanta rapper had actually released a mixtape prior to Drip Season, even before he had met Young Thug. Made available on September 24, 2015, the project boasted nine tracks including My Dog, Lose Your Life, Dope Boy Parade, Wanna Be, Tomorrow Tonight, and Shoe Box. Released through Greenland, a handful of titles were collaborations with artists such as Yung Keem, Skinnie Gray, Marly Mar, Cak, and T Fetti.

Following the release of Drip Season, Gunna dropped the follow up, Drip Season 2 on May 11, 2017. Featuring production from OG Butler, Bricks, Pierre Bourne, Smoke, Zaytoven, TM88, Cassius Jay, and LilMemphis Beats, the rapper can be heard riding the beats on all thirteen titles. With guest appearances from Shad da God, Lil Duke, Playboi Carti, Nechie, Yung Thug, and Hoodrich Pablo Juan, the mix tape included the songs, Secure the Vibe, Money Talking, Makes No Sense, Get It If You Want It, Beat Da Case, and Park the Car.

A decent hit, Drip Season 2 quickly surpassed the stream count achieved by his first mix tape. To date, the project has been played over 86,000 times- over four times that of Drip Season.

In addition to the two mix tapes, Gunna has released several singles including Beat Da Case, Can’t Relate, Secure The Vibe, Belly of the Beast, and Cop Me a Foreign, to name a few. On top of that, he’s also teamed up with other artists for a handful of collaborations.

For instance last summer, he collaborated with Lil Duke on the track, Whole Lotta. Taken from the latter’s 2016 album, the track has been listened to tens of thousands of time online- in particularly on Soundcloud. Some of his other joint ventures include the titles, Bag (with Jose Guapo), Average Joe (with No Plug), Up (with Lil Baby), In It to Win It (with XVL Hendrix), Our Year (with Lil Baby), and Whole Lotta (with Lil Duke).

Most recently this summer, Gunna also worked with Young Thug on Tomorrow ‘Til Infinity, a track that almost immediately caught the attention of those in the rap scene. Produced by Rex Kudo and Ben Billions, the song is taken from Thug’s newest album, Beautiful Thugger Girls. Eventually uploaded onto his official Youtube channel, the official audio has already racked up over a million views.

Obviously, his mixtapes and singles would have yielded him some degree of earnings. Aside from that however, does he have anything else going for it? From the looks of it, it doesn’t seem like the newcomer has put on any concert shows as of yet. Having said that, he does have one other source of income, though it may be less significant- his Youtube channel.

Since Gunna launched his channel back in 2011, he has amassed over 2,000 subscribers with more than 517,000 lifetime views. Though his page only has a handful of videos, he is most likely still able to monetize his content.

How much has Gunna made from his Youtube channel so far? Let’s figure that out with a little bit of math- assuming that he’s paid at least $2 per 1,000 views, his 517,000 views would translate to earnings of over $400. Naturally, the site will take a cut- still, it’s not too bad for some extra cash on the side.

As his popularity grows on the site (e.g. subscriber count goes up), it’s almost guaranteed that his ad earnings will also increase, that is, given that he continues to post new content onto his channel. According to statistics provided by Socialblade, his account has been growing at a steady pace since this summer- most likely thanks to the release of his second mix tape, Drip Season 2. As far as his subscriber count goes, it is currently growing in the range of 20-40 a day; his videos are also receiving upwards of 5,000 views on a daily basis.

Reiterating what’s been said above, Gunna’s $45,000 fortune mostly comes from his record sales, though he does earn some money on the side from his Youtube channel. While he hasn’t gone as far as putting on concert shows as of yet, it’s likely that he’ll do so in the near future following some further growth and rise in popularity. Considering that, it isn’t out of the question for his net worth to increase over the next few years.

The Atlanta rapper is not married. Not that much has been revealed about his personal life at all (e.g. not even his birthday has been revealed to the public). Until we’re told otherwise, we can only assume that he is currently single.

We will update this section should he reveal that he’s in a relationship.

Does Gunna Have Any Children?

As mentioned above, almost nothing is known about his private life- including his education history.

Did Gunna Go to College?

From what we can tell, the rapper has not gone to college. Again, this is only an assumption and has never been confirmed. Having said that, it wouldn’t surprise us if he had chosen to pursue music right after completing high school (as tons of hip hop artists choose that path).

Where Does Gunna Live? Pictures of Gunna’s House

Gunna currently resides in his hometown of Atlanta, Georgia (according to his official Twitter). For his work however, he revealed in a recent interview that he is often on the road as he travels “a lot” to different studios in “every state.”

What Kind of Car Does Gunna Drive?

We do not have any information on Gunna’s vehicle.

Despite having only signed with YSL last year, Gunna has already put out a number of titles- the most noteworthy being his two mixtapes, Drip Season and Drip Season 2. Some other highlights from his discography include: Outta Sight, Outta Mind, Secure the Vibe, Cop Me a Foreign, Beat Da Case, and Can’t Relate.

In addition to his solo releases, the rapper has had multiple opportunities to work with other artists- for instance, he has teamed up with Lil Duke, Lil Baby, XVL Hendrix, Jose Guapo, and No Plug. Some of his collaborations include the tracks, Floyd Mayweather, Average Joe, Bag, Up, In It to Win It, Whole Lotta, and Our Year.

How Much Did Gunna Make Last Year?

Unfortunately, we do not have any information on this.

His greatest release of 2017 is probably that of his second mixtape, Drip Season 2. Significantly more popular than his debut, it has garnered him a considerable amount of attention over the past few months.

Some of his other recent releases include: Back and Forth, Outta Sight Outta Mind, and Light My Blunt.

If you want to stay atop of his news and announcements, be sure to follow him on social media if you haven’t already done so- You can find him on Twitter at @1gunnagunna and on Instagram at @Only1_Gunna.

What does the rapper have planned for the upcoming months? For now, nothing has been announced- our only option is to wait and see!