What Happened to Nate Richert – 2018 Update 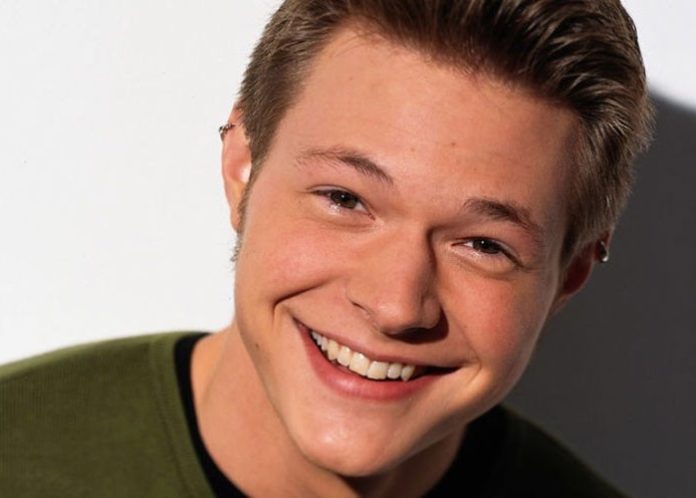 Nate Richert co-starred in one of the most popular, if not the most popular TV show of the late 1990’s, the cult TV hit ‘Sabrina the Teenage Witch’. He played the role of Harvey Kinkle, the love interest and eventual boyfriend of the shows titular character played by Melissa Joan Hart. The show made him a hugely popular and recognizable star overnight, and a heart throb to millions of girls for his smouldering good looks and the charmingly naive character he played. Sabrina The Teenage Witch was a massive success over it’s seven year run and Nate was one of it’s most recognizable stars, but these days he’s following an entirely different creative career and his appearance has changed beyond all recognition. So what is the former star of one of TV’s most popular shows ever doing now in 2018? Read on to find out.

Nathaniel Eric Richert was born in St. Paul, Minnesota on April 28th 1978 to parents Wayne and Lisa. Even from an early age Nate had set his sights on performing for his future career. He trained as a dancer in tap, ballet and modern dance and moved to Los Angeles to pursue his dreams of stardom when he was aged just 17. Even though he was just, in his own words ‘A boy from a small town in the midwest’ Nate settled into life in the big city effortlessly, in fact he found the biggest frustration of his new life was the ever present traffic jams of LA. To counter the boredom of waiting in traffic he would while away the time by playing the harmonica while on the freeway and began thinking about a career following his other great passion, that of becoming a musician.

Nate was already a practised musician skilled in a number of instruments, he played guitar, banjo and drums as well as the harmonica, and he also had a rich and smooth singing voice, but his acting career soon took off with a role that would make him famous and dominate his life for the next seven years. Nate managed to get a few small parts in commercials for Kellogg’s Corn Pops and Doritos, but on almost his first big audition he won the role that would make him a hugely recognizable star overnight. He was awarded the part of Harvey Kinkle in ‘Sabrina the Teenage Witch’ and he couldn’t possibly have guessed at the time how successful the show would eventually become.

Sabrina the Teenage Witch made its debut on ABC on September 27th 1996 as part of the networks prime-time T.G.I.F. schedule, and as a result the first episode had the benefit of being watched by over 17 million viewers. The show, based on the Archie comic strip with the same name was met with critical acclaim instantly. Nate played the love interest of the main star, Melissa Joan Hart, who took the role of Sabrina. The show was based around Sabrina, who found out that she was a witch on her 16th birthday, she lived with her two aunts, Zelda, played by Beth Broderick, and Hilda, played by Caroline Rhea. Completing the magical household was Salem, the cat, who of course being a witches cat was not only magical, but he could talk too, with his witty quips being delivered by voice actor and writer Nick Bakay.

Nate’s character Harvey was the main love interest in the show for Sabrina, a part that he was perfectly suited for with his clean-cut good looks and fantastically thick head of hair. Harvey the charmingly goofy jock was always unaware that Sabrina possessed magical powers and Nick played the naivety of his character perfectly. He was the subject of millions of teenage crushes until the end of season four when producers wrote the character of Harvey out as they wanted to give the show a more ‘grown up’ image. Unsurprisingly fans of the show, who were largely comprised of the teenage female demographic were in uproar about the decision to remove their favority heart-throb from their favorite show, and after being absent for only a few episodes, Harvey soon returned in the middle of season five and remained a major character until the shows finale. When the show concluded in the grand finale in 2003, the happy ending that fans had been waiting for years to see finally came to pass when Harvey and Sabrina eventually got together.

During the seven years that Nate had played Harvey Kinkle in Sabrina he had also found time for a few other roles, in 1998 he appeared in an episode of ‘Fantasy Island’ and in 2000 he made a guest appearance for an episode of another supernatural based TV show, ‘Touched by an Angel’. Nate had a small role in the independently produced 2001 comedy-drama movie ‘Lovely & Amazing’ starring Brenda Blethyn, and after Sabrina had finally finished after 171 episodes he took the starring role in ‘Gamebox 1.0’, a tale about a video game tester trapped in a virtual reality World and forced to play games to ensure his survival. Nate took one more role in 2006, in the short 18 minute prison based drama film ‘H-e-n-r-y’ alongside Owen Beckman, but since then he has dropped out of acting all together and has not appeared on our screens since, these days Nate Richert has not only gone back to his other great passion, but his appearance has changed almost beyond recognition.

Nate, a lifelong fan of Rock ‘n’ Roll, Blues and Jazz followed his other great dream and began producing music. He formed a band in 2004 alongside C.Duck Anderson called ‘C.Duck and Nate’ and collaborated with several other musicians. His music is a smooth blend of jazz with a strong bluegrass influence and although his new music career has not been anywhere as popular as the cult TV hit that made him famous, Nate is still the same lovable and positive character that made him so popular with fans of Sabrina twenty years ago.

Nate’s personality is as charming as ever, but it would be fair to say that he looks quite a bit different to the chisel jawed heart throb Harvey these days. The sharp jawline has now in 2018 disappeared under at least one and a half chins, and those fantastically thick locks have thinned so much that Nate these days has shaved the remains of his hair off entirely.

With thick glasses completing the physical transformation that age has rendered upon him Nate is virtually unrecognizable now in 2018 compared to the effortless good looks he boasted in his youth, right up until the point when he flashes that convincing toothy grin, and that’s when fans somehow manage to recognize him as the object of their teenage crushes all those years ago. Nate of course is his typically positive self about the ravages of age, and displays his usual self-deprecating humor when describing how surprised he is on those occasions when a fan recognises him against all the odds, but he has always stayed loyal to the show that made him famous, and hardcore ‘Sabrina the Teenage Witch’ fans do get the chance to meet the man behind Harvey in the flesh on rare occasions.

Nate and C.Duck Anderson released an album called ‘Tone Control’ in 2004, and although they barely promoted the album at all, it has since gained a small amount of critical acclaim. The duo finally gave in to the constant hectoring of fans of their bluegrass themed sounds, when they released a second album ‘Broken Bottles’ in 2012. That year Nate also released his first solo album, a folksy and mellow collection of tunes called ‘Halogen Moon’ which although not greatly commercially successful, has been widely praised by fans of the genre.

Perhaps it was the impact of the huge rush of fame that Sabrina the Teenage Witch forced upon Nate at such a young age, but for a budding musician Nate doesn’t seek too much attention these days, in fact in March 2013 Melissa John Hart came across Nate’s Twitter account and asked if it was really her old on-screen boyfriend, so surprised was she at the change in his appearance. Nate himself seems quite happy to be out of the public eye, in one tweet he joked about being on TV again, even if it was just on the surveillance cameras at his local branch of Target. Nate has however always stayed loyal to his Sabrina fans, he will occasionally make the occasional appearance at special events for fans of the show alongside his former co-stars, and in February 2016 he helped promote the release of the show on DVD. Such a huge TV hit of course creates plenty of rumors about the show coming back again, but Melissa has fairly firmly quashed the hopes of fans by stating that the show’s ending couldn’t have been better and that she has no plans for returning to her magical role any time in the future.

As for Nate, it’s likely that he would have trouble finding the time to fit in another series playing Harvey now in 2018 anyway. Not only does he produce music both solo and in collaboration with others, but he has also expanded his interests into writing, producing and directing short comedy sketches in recent years, all of which can be watched for free through his website Naterichert.net. The site also contains links to his music, information about other projects he is working on, and he’s even generous enough to help promote DVD sales of Sabrina the Teenage Witch there too.

Although Nate is clearly more than happy with his years as a teenage heartthrob and doesn’t worry about promoting himself and his endeavors too much these days, he does keep his fans updated on his recent activities on his social media accounts. You can find him on Twitter at @NateRichert where he is followed by 12,500 fans and where he posts regular and varied updates, as well as support for a number of charitable causes, including the American Red Cross.