Lauren Orlando is most well known for being a Youtube star. She is the younger sister of another, more famous Youtuber named Johnny Orlando. She started vlogging on her own in 2013, although she appeared in her brother’s videos at the tender age of seven. She has developed a following of almost 4.5 million fans on the music sharing platform.

How Did Lauren Orlando Make Her Money & Wealth? 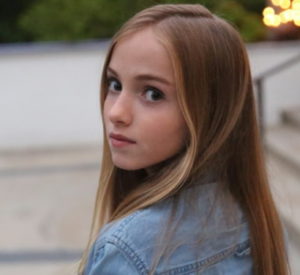 The baby Youtuber was born on November 11th, 2004 in Ontario, Canada. Her parents Dale and Mercedes Orlando. She has three siblings – her brother Johnny, and two sisters Darian and Maddie. The foursome grew up in Canada with their parents, and they still live in Oakville, Canada. Lauren Orlando also takes some time out to visit her community of fellow internet stars, which is thriving in Los Angeles, California. She and her brother Johnny actually attend a school specifically for the internet famous in LA.

When Lauren was just 7 years old, her brother Johnny began to get big on the video sharing platform, and featured the child in his videos. Fans liked seeing the adorable youth so much that Lauren was able to bring her own following to the Youtube channel that she started when she was 9, in 2013. Since she was already a regular Internet sensation on her brothers channel, Lauren Orlando was already an instant success.

While Lauren likes to make challenge videos, blogs, as well as other common YouTube tropes, she is less comfortable with meeting her fan base than her more extroverted brother. Although that may be expected of someone so young, Lauren Orlando has also struggled with extreme shyness and insecurities. Interactions with adoring fans could prove difficult for someone with such anxiety, but she is overcoming it to tour around the world with her brother.

Lauren makes her money much like the majority YouTubers – by promoting brands and getting sweet delicious ad revenue. Her most popular videos are the Say Anything Challenge as well as the Wet Head Challenge which each have millions of views. Lauren also has some non-moneymaking meat space hobbies such as photography, trying, singing, dancing, or acting, you know, like a normal teenager. Her older sister Darian helps out with Lawrence video editing so she doesn’t stress herself out too much between her career and school. Most of the work however was done by Lauren herself which is quite impressive for a 13-year-old.

No, child marriage is still illegal even in Canada. But Lauren Orlando is rumored to have been dating a fellow YouTube star named Hayden Summerall. Neither of them will confirm or deny this, although there is a lot of fanfiction on the topic.

Never thought I would be jealous of a 13-year-old. Such is life. Hopefully she is spending it wisely, or at least saving it for when she has a better concept of money. It is estimated that Lauren Orlando earns about $100,000 per year, which is a decent salary for child of her age.

How much money do they make per video?

Lauren, like other YouTubers, makes about $2000 in ad revenue per video on average. She will make more if the video reaches the eyeballs of more than 1 million people. 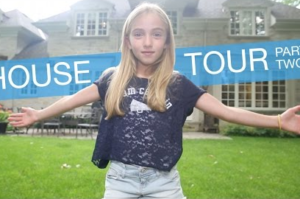 Lauren and her brother Johnny still live with her their parents and Oakfield Canada. The siblings did a house tour video in 2014 showing off their parents house on Johnny’s channel. Their house is huge, with two garages and a gigantic inground pool. The camera pans across the outside, before going inside to be greeted by Johnny. He showed them around his dad’s office, the bathroom, as well as one of the garages where he lifted a 5 pound weight in an area that was covered with brightly colored exercise mats. Lauren did the second part of the tour on her channel. Lauren showcased her own room, as well as a secret room that went all the way down the hallway. Seems like a pretty nice life for a kid.

Lauren is not yet of driving age, so she doesn’t have a car yet.

Both Lauren and her brother Johnny both are ambassadors for cyber smile, which works to stop cyber bullying and promote “kinder more positive Internet – without bullying abuse and harassment.” The cyber smile foundation has won multiple awards for its commitment to fighting all forms of digital abuse and going online. They help victims of cyber bullying and their families regain control of their lives by offering professional help and support. It was founded in 2010, and since then they’ve grown to become the leader of the world’s anti-cyber bullying initiative.

I would say that Lauren Orlando has accomplished a lot in her young life. Getting to a salary of hundred thousand dollars per year, and a net worth of $300,000 is no small feat for a 13-year-old, much less anyone who is building their career from scratch. With the amount of money she is earning, Lauren could afford to buy up to 80,000 songs on iTunes, or about as many mobile games on her smart phone, or whatever the kids are doing these days. She makes as much money per year as the amount of times that the human heart beats per day.