Lecy Goranson Net Worth 2018 – How Rich is the Actress Actually? 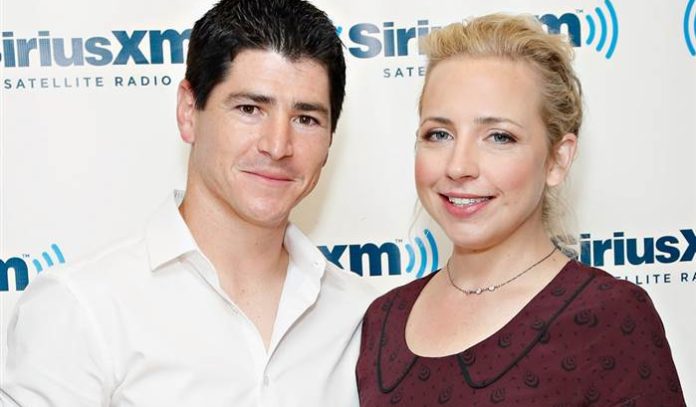 The other half of the Becky Conner coin, though she did play her more often than Sarah Chalke. Lecy Goranson rose to fame in the late eighties on the hit sitcom Roseanne. She played the elder daughter of the title character, and appeared on an off throughout the shows run. the character appeared in every season, while this particular actor did not. The show made great sue fo the forth wall for a few gags, lovely early example of that style of comedy in a sitcom. Her career since Roseanne has been a bit slow, but she still pops up every now and then. The vast majority of her wealth was made on the show, but her school schedule made it difficult for her to pull in the upper echelons of the big bucks, but she still sees a respectable figure in syndication royalties and still made in the tens of thousands for the episodes she did appear in.

So let’s take a look at her life, see where she made her money, and where she might be going in the future.

How Did Lecy Goranson Make Her Money & Wealth?

Lecy Goranson was born on June 22nd 1974 in Evanston Illinois. Her full name is Alicia Linda Goranson. She started acting young, and gained the role of Becky Conner early in her career. A real boon for the young actor, as we all know now that Roseanne was a big success. Her character was portrayed as quick tempered, but smart. Her time on the show was tumultuous. For the first five seasons she was a star member of the cat, before needing more time to pursue her education. Thus she was written as having eloped with Glenn Quinn’s character Mark Healy. It resulted in her appearing more sporadically, sometimes via telephone only. When in the sixth season the writers decided they wanted her back she returned, only yo have to drop out again due to scheduling conflicts.She was replaced with Sarah Chalke, of Scrubs fame, but even then only sometimes. She returned permanently fro the eighth season, which was expected to be the last. When the show was renewed for another season Sarah replaced Lecy for the last time.

On average cast member salary on Roseanne rose a lot after the third season. It is known that fro season 7 Chalke received $85,000 per episode, so it is safe to assume that during her time as a star Lecy was getting $100,000 per episode, or there abouts. That figure would likely go up for the eighth season, as even Johnny Galecki was getting $200,000 by that point.

Lecy Goranson’s post Roseanne career has a fair few impressive credits on it, in both film and television. She appeared in Boys Don’t Cry, a landmark film concerning the real life killing of transman Brandon Teena. She has appeared more and more frequently in recent years on television and film, and it seems that trend is set to continue. She will be playing Becky Conner on the Roseanne revival, set to air next year, alongside Sarah Chalke, who will be playing some other character. Considering in the years since the show has aired that fourth wall leaning has become more prevalent on sitcoms I expect this to be addressed.

Not so far as I can tell. I have looked all over the internet for information related to her marital status and come up empty handed.

Where is Lecy Goranson from?

Lecy Goranson is from Evanston Illinois, and studied in New York.

Does Lecy Goranson have any siblings?

She just has the one, a brother called Adam. Her parents are Stephen and Linda Goranson, he works for the EPA while she is an English teacher. Her mothers profession likely influenced her choice of major, she studied English with a focus on poetry at Vasser College in New York. She lived with Erica Schmidt while at college, she is the current wife of acotr Peter Dinklage.