Liam Payne Snapchat Name – What is His Snapchat Username & Snapcode? 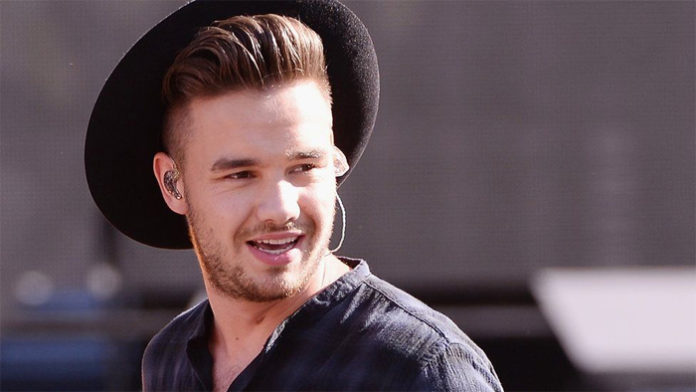 English singer-songwriter Liam Payne is perhaps best known for being a member of the boy band, One Direction. Inspired by his favorite artists, he auditioned for the fifth season of The X Factor at the age of fourteen. Though he didn’t make the cut, he later returned for the auditions two years later with a cover of Michael Buble’s Cry Me a Rover. As one thing led to another, him and four other contestants were eventually put together to form what would later become known as One Direction.

Born on August 29, 1993, Liam Payne is the son of Karen and Geoff Payne. Due to his premature birth, he was often sick as a child- at one point, he required over two dozen injections on a daily basis. Later recovered, he enjoyed sports as a teen- particularly cross country running. Due to issues with bullying in high school, he eventually also took up boxing at the age of twelve. Following his graduation, he went to Wolverhamtpon College where he studied music technology.

Having always been into music, he tried out for the fifth season of The X Factor in 2008- he was only fourteen years old at the time. Though he advanced through to the second round, he was ultimately cut during the subsequent week. Determined to succeed, he returned to the auditions two years later for the seventh season. Following a standing ovation, he landed a coveted spot in the competition. Under the suggestion of Nicole Scherzinger, he eventually formed a boy band with four other competitors- they later became known as One Direction.

How Liam Payne Rose to Fame

Ultimately, it was with One Direction that the singer-songwriter rose to fame.

Signing with Simon Cowell’s record label, the crew released their debut album titled, Up All Night in 2011. Recorded between Stockholm, Los Angeles, and London, the pop project revolved around the themes of empowerment, relationships, and heartbreak. Lauded for its catchy tunes, it debuted at number two on the UK Albums Chart with over 138,000 in the first week, making it the fastest-selling album of the year. To date, more than one million copies have been sold in the United Kingdom.

A global hit, the album also enjoyed similar success in the United States, where it reached the top of the Billboard Top 200. Elsewhere, it also topped the record charts in Ireland, New Zealand, Mexico, South Africa, and Taiwan, among a few other countries. Supported by a concert tour, Up All Night later spawned four singles- More Than This, What Makes You Beautiful, One Thing, and Gotta Be You. As of 2017, it has gone platinum three times in the UK and twice in the US.

A year after their breakthrough success, One Direction released their second album, Take Me Home. A solid follow up, it boasted thirteen new tracks including Heart Attack, Live While We’re Young, Little Things, They Don’t Know About Us, Summer Love, and Last First Kiss. Commended by critics, it received favorable reviews from many publications including BBC Music, The Independent, and The Washington Post.

A massive success, Take Me Home ended up reaching number one in over 35 countries including Canada, Denmark, Norway, Italy, Ireland, Taiwan, Sweden- of course, it also topped the charts in the UK and the US. One Direction’s second multi-platinum album, it has since sold over five million copies worldwide.

Their third album, Midnight Memories was made available on November 25, 2013. More “rock” than their previous titles, the boys enlisted the help of several producers including Tom Fletcher, Danny Jones, Carl Falk, and John Ryan, among others. Though it received mixed reviews upon its release, many critics praised the project for its musical composition and lyrical depth. Featuring a fourteen-song track list, some highlights include: Midnight Memories, Story of My Life, Best Song Ever, You & I, and Strong.

The next year, Laim and the crew released their fourth album, Four on November 17, 2014. Preceded by two singles, Night Changes and Steal My Girl, it quickly soared to the top of the record chart in the United Kingdom with over 142,000 first week sales. In the United States, the album also entered the Billboard Top 200 at number one with more than 387,000 sales. In support of the project, One Direction later went on The On the Road Again Tour.

Their most recent album, Made in the A.M. was delivered on November 13, 2015. Their first release together following the departure of Zayn Malik, thirteen new tracks were introduced including Drag Me Down, Perfect, What a Feeling, Infinity, History, and I Want to Write You a Song. Given a four star rating by Rolling Stone, the album entered the UK Albums Chart at number one with over 93,000 sales by the end of the first week. As of 2017, over 500,000 copies have been sold in the UK and more than one million copies have been sold in the US.

Since his time on The X Factor, Liam has been featured in several other television programmings including iCarly (2012), One Direction: This is Us (2013), Dynamo: Magician Impossible (2014), and The Late Late Show with James Corden (2015).

Last year, he even lent his voice to a character in Family Guy (2016). 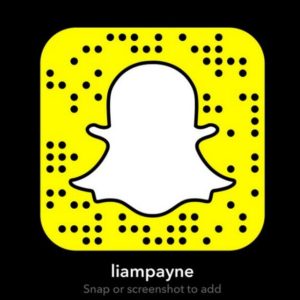 This summer, fans were more than excited to learn that the singer had revealed his Snapchat username to the public. If you’d like to add Liam Payne to your friend’s list, click here.

If you want to follow the One Direction member on Facebook, you can do so by liking his official page at @LiamPayne.

Want to stay connected with the singer? Why not follow him on Twitter? You can find him on the platform at @liampayne.

You can find Liam Payne on Youtube over at his official channel at @LiamPayneVEVO. Alternatively, you can find One Direction’s channel at @onedirectionchannel.