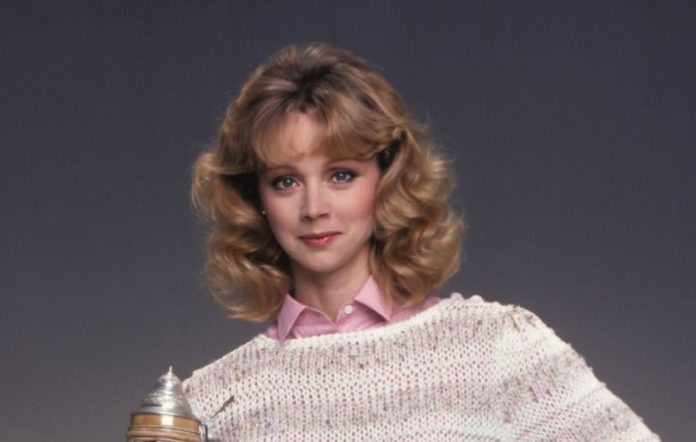 Moving on from last weeks look at Ted Danson, we now come to Shelley Long. She did not appear on every episode of Cheers, having left the show in the fifth season, but she was integral in getting the show off the ground. After leaving Cheers she worked on a variety of other films and shows, but It is arguable that she never reached the heights she did back in the mid eighties. She has seldom been without work, and it allowed her to grow her fortune, albeit more slowly than her co-stars. She got her start in the mid seventies, working with a comedy troupe, and gained enough recognition to start moving into film. Before her time on Cheers she was making it in movies, a far more lucrative gig, but it never panned in that direction. More recently she has moved into producing, and seems to be making a name for herself there.

so let’s take a long long at Long’s life, see where she made her money and where she might be going in the future.

How Did Shelley Long Make Her Money & Wealth?

Shelley Long was born on August 23rd 1949 in Fort Wayne Indiana. She studied acting at Northwestern University, but left to pursue a modeling and acting career. She moved to Chicago and starred in a number of local commercials. She joined the Second City comedy troupe, and started writing, producing and acting in a local show, Sorting it Out, which won three regional Emmys. By the late seventies she was starring in films, but this would not pan out too far. She starred in Night Shift, a comedy directed by Ron Howard in his sophomore effort. That same year she landed the role of Diane Chambers in Cheers.

She played the stuck up, college educated foil to Ted Danson’s womanizing, former baseball star Sam Malone. They were one of televisions most enduring couples, in the will they won’t they vein. The first season did not do well with audiences, but was a major hit with critics, and for good reason. The chemistry between the leads was wonderful, the writing was on point, and while I would argue that Sam and Diane were the stars, the fact of the matter is that Cheers was an ensemble comedy, so there was so many avenues fro the funny. The show was under threat of cancellation after the lackluster first season performance, but was saved by a couple of Primetime Emmys and the work of Brandon Tartikoff, president of NBC’s entertainment division.

Shelley Long’s performance was very well received, winning an Emmy and a Golden Globe in 1983. Her character was not quite as well crafted as Sam Malone, while she did her fair share of needling and magnifying of Sam’s character, it was too often undercut by her own hypocrisy. Shelley Long did a fine job, and she has real comedy chops, which she displayed in full force though, and in many ways the show was lesser for her leaving in the fifth, or eleven, season.In the early days of the show she was pulling in $5,000 to $10,000, but that would rise to $100,000 or so by the time she left. She was a main character for five seasons, so she is getting a fair cut of the syndication rights to this day, but a far smaller cut than her co-stars. She would never again star in a running series of anything, but had recurring character status on a couple of them, and they pull the money in.

Movies are far more lucrative than television, but until very recently Shelley Long’s film career has been a little sporadic. In the last decade she has shown up more and more often, with her producing a number of the films that she also acted in. Her producer credits have been growing, over the years, and I expect to see her income grow.

Overall, with so many career ups and downs it is no surprise that Shelley Long has the lowest net worth of all the Cheers alumni, but it is by no means a mean figure. With her current refocusing on work I would not be surprised to see her worth a lot more before too long.

Where is Shelley Long from?

Why did Shelley Long leave cheers?

There have many many reasons put forward by the cast members, and by Long herself. Sources on the inside say that she did not gel with Ted Danson on a professional level. His acting style differed from hers, leading to tension. She claims that she did not want to keep doing the same thing every week, playing the same character and telling the same stories.

Not known for certain, but shortly after her divorce went through she was hospitalized for overdosing on painkillers. At the time friends of the star claim that she had been getting increasingly depressed, having told one of them that she had nothing left to live for. I hope that she is doing better these days, but seen as it has been 13 years since then, and she has thrown herself into her art with gusto, I think she’s fine.