Susana Monaco the After The Profit Update – How are They Doing Now?

Susana Monaco Before The Profit

This is different from any other The Profit episode in that the business is actually a designer named Susana Monaco. This famous fashionista launched her famous label in 1996. Her style was marked by clean and contemporary designs.  She grew up in the industry – her family owned a cut-and-sew factory.  Susana got them to help her out with manufacturing,  which helped launch her career.  Soon enough,  she was able to see her name and brand in thousands of retailers across the country.  Her revenue once exceeded $10 million dollars.  After the housing bubble burst,  unfortunately, her business lost tons of money.  Fashion is not top on people’s minds during a recession.
Today, Susana Monaco was facing the difficult decision to close her business,  or stay open and struggle.  She called the choice devastating,  but she was bringing in less than half of her peak.  Marcus had invested in several fashion businesses in the past,  and he was impressed by her past success. He thought he could help the fashion financial failure by investing,  and getting the brand back on track. Let’s see if he can make it work, to quote fashion guru Tim Gunn.

Susana Monaco on The Profit 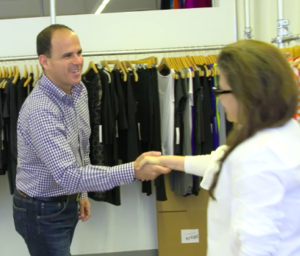 Marcus went to visit the head office of Susana Monaco in NYC. He first introduced himself to Anna, who was the Vice President of Production and Sales. Next, Marcus met the famous designer, who looked extremely nervous. Susana explained that she did not handle the business side of things. She took care of all the creative aspects of the firm while the bulk of the sales and administrative work was pushed unto Anna’s capable hands.

Anna explained that they manufactured all of their clothing in their new jersey factory. Susana revealed that she did not enjoy being in front of the company where things could get uncomfortable and unpleasant. She took the successes and the failures of the business extremely personally. Marcus, in an aside to the camera, said that the dynamic between the two women is unusual. Anna took control over all of the conversations with the potential investor. Susana seemed mousy and unsure of herself, which is not really what you want in a business owner.

Next, the three of them took a look at the product. Marcus asked what was in the lineup, and Susana explained that she had visions for all types of women. Marcus took that to mean that the fashion line was scattered  – he expected the Susana Monaco line to be more consistent, with a core line of clothes that went well together and told a story. Instead, the company made clothing for “girls” of all ages, all in different styles and fabrics. There was no distinctive story that the line told, and a clear tale is vital to the branding process.

Marcus pointed to a particular piece in the collection and stated that it would be good for someone that lived in athe-leisure wear. Susana began her business with that kind of designing, and the fabric originally helped people create their shapes. However, since the economy crashed, people were no longer willing to spend that kind of money on clothing. They had to change their price points and decrease their trademark quality at the same time. The suppilex, which they had been using was $10 a yard, whereas the cheaper fabric was $4.

When asked about the margins, Susana informed him that they weren’t great – only 40% at present. Marcus winced, He told the women that the margins should be at least 50%, and even more since Susana Monaco had her own brand, and the material cost was so low. It indicated that their process must be terrible, which would be something for Marcus to watch for before making an investment.

He was shown the warehouse and the pattern cutting area. Marcus was told that they did all of their sales as made-to-order. The product was cut, made, and sewn as it was purchased. The piece was then manufactured in her dad’s factory. It was then that Marcus discovered a bunch of questionable things. Stuff got real. Susana rented the building from her father. She never actually visited the warehouse because she and her brothers did not get along, and Anna did not go there either. The brothers ran the factory, and neither Susana Monaco nor Anna had anything to do with an entire part of their business.

Not only that, but Susana’s father had such a strong influence over her that he was able to convince her to divide up the shares of her stock equally, with brothers that did not talk to her or contribute to her business other than working in the factory, for which they got a paycheck. In addition, Anna was earning almost double what Susana was, even though Susana was CEO. While it was undeniable that Anna did most of the work, the way that Susana ran her business and allowed people to walk all over her was clearly unusual.

Marcus pulled Susana Monaco aside to ask her why she had started the business. She told him that her father was her biggest influence. That much was obvious. Her father moved to the country in the early 60’s and began to manufacture clothes. She was basically raised in the factory and started to work there as a designer in high school. Using the experience she gained, she went out into the fashion world to work for other people, but never felt like she clicked. Susana began her own brand, and she was very successful. IN her best year, she made $13 million on her own. That, of course, was what prompted her father to divide her fortune up among her brothers in the name of supporting the family.

Marcus voiced his concern that everyone seemed to be shaking her down for money. Anna also expressed her distrust in the brothers, stating that she felt like they were stealing the stock from her and Susana since it was their birth right. Anna stressed that she should be equal partners with Susana due to the immense amount of work that she put into the vocation.

Anna admitted to Marcus that they had not been able to make any money since 2009. There was no cash flow in the company. Susana said that Anna is her pit bull, so she didn’t mind her demanding half of the company. Marcus warned that her pit bull was going to end up biting her. Marcus told her to bring the financials because they were going to visit the factory.

Marcus got a tour of the factory from Susana and her hard-nosed father. He discovered 90 workers, and a ton of old inventory that, in his words, was rejected by customers. He also attempted to get the brothers to meet him, but they were not up to it. One of them left, and one of them just plain said no.

He discovered that they lost $361,000 last year, but that happened with the poor margins. Susana Monaco the brand had no bank loans or credit cards, but almost a million dollars in receivables. Marcus decided to make an offer – $600,000 for 50%. That money would go towards creating cash flow and giving Susana a new way to sell, such as through samples and trunk shows. Susana expressed her concern. She wanted to know what was in it for Anna. Marcus informed her that she would never get 50%, and Anna could quit if she didn’t like it.

Marcus started by telling them that their pricing strategy was wrong. Their wholesale customers were not currently getting a deal for pre-buying, so they placed their orders last minute. Marcus developed three pricing levels – quick ship, custom, and pre-buy. Ordering in advance would now have its advantages. Anna threw a fit, Marcus told her that her behavior was unacceptable because she was not the owner of the business. Anna was trying to throw her weight around and discovered that Marcus was not about to let her be in control.

Marcus brought in Stephanie, who was the manager for the entire ML Fashion group.She helped them sort through clothing to quick ship. Next, Marcus decided that they would buy quality fabric in bulk to drive down the cost, which Anna disapproved of, naturally. He also got Susana out with her customers and got her out of her comfort zone at the liquidation sample sale. Next, Susana finalized her 4 core products. Marcus had her focus on next spring’s collection, which an intent on a fashion show.

Susana finally sat down with Anna and put her in her place. Anna fought back, and Susana told her that she was done. Marcus said that he wanted them to work together for the fashion show since he had already put down a lot of money. Marcus complimented Susana on the work she did with the spring collection, and he felt like she was ready for the fashion show. He invited buyers and bloggers, and everyone in-between. The fashion show ended up being packed, and very successful. Let’s see how everything goes once Marcus is no longer there all the time to help moderate between Susana and Anna.

Susana Monaco Now in 2018 – The After ‘The Profit’ Update 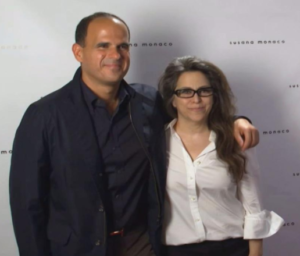 Even though she was finally coming into her own, Susan allowed Marcus final say on every piece in her new collection. It seems to be working out for her. Her work is being sold on Amazon and in Lord & Taylor and Zappos. The pieces are all high end and retail at a minimum of $100. Susana regularly uses her social media pages as her idea boards and also shares new pieces that are coming out each season. Susana Monaco fits in well with the other 11 designers in the ML Fashion Group.