Kameron Westcott Net Worth – How Rich is the Real Housewives Star Actually? 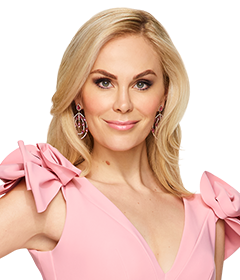 The dumb blonde stereotype has nothing against intelligent entrepreneurs like Kameron Westcott. As she has said herself – dumb blondes may get noticed, but smart blondes get everything. Kameron Westcott is an American socialite, businesswoman, and actress. She is best known for her appearances in the Bravo reality show The Real Housewives of Dallas. Her first appearance was in the second season of the Dallas version of the show, which premiered on August 14th, 2017.

Like most of the other cast members on Real Housewives, Kameron Westcott is a successful businesswoman. Just before appearing on The Real Housewives of Dallas, Kameron launched a line of organic dog food. She is also married to Court Westcott, a wealthy venture capitalist. On top of that, Kameron claims that her family is one of the richest and influential families in Dallas.

Although Kameron Westcott has only appeared in one season of Real Housewives of Dallas, she is already popular with viewers. Stars on the show are rumored to be paid as much as $30,000 per episode. Success from the show is already providing her with more branding power.

Kameron Westcott has often been compared to Elle Woods from Legally Blonde for her personality, looks, and style. Just like the TV character, she has a love for all things beautiful and stylish. Unlike her fellow cast members, Westcott isn’t the least bit understated about her expensive tastes.

How Did Kameron Westcott Earn Her Money & Wealth?

Kameron Westcott was born on January 18th, 1983. She was born in California, but has spent her later life in the Dallas. Westcott hails from an extremely wealthy “old money” family. Her family has not only ran successful business ventures in recent years – they’ve been successful for the past five generations.

Kameron Westcott spent her early life in Montecito, California. After graduating from high school, she moved to Dallas. She earned a bachelor’s in Fine Arts at Southern Methodist University. Shortly after graduating, Westcott began working with the Susan G Komen foundation, which she continues to support today. She has also been a member of the Junior League of Dallas for nine years and the Cattle Barons Ball for eight years.

In 2008, Kameron Westcott briefly worked as the Style Ambassador for Diffa Dallas. She was also named one of Dallas’s most beautiful women in 2009. In 2015 and 2016, she orchestrated the TuTu Chic Luncheon and the March of Dimes Signature Chefs Gala.

Kameron Westcott first appeared on The Real Housewives of Dallas during the show’s second season in July of 2017. Her natural charisma and well-connected family helped land her a role on the show. Unlike previous cast members, Kameron Westcott was already acquainted with most of her co-stars.

Viewers instantly became endeared to the star’s kind personality and her ambition. Within a few episodes, Kameron Westcott became known for her catchphrase “Blonde by birth, pink by choice”. It only takes a quick glance to find out her slogan’s origin – at any given moment, the Dallas socialite is decked out head to toe in pink.
Kameron Westcott is also known for being a dog lover, something she leveraged along with her love of pink to create her first business. In September 2017, she launched Sparkle Dog. Sparkle Dog is a line of organic, pink colored dog food geared towards the stylish pet owner.

A Texan through and through, Kameron Westcott is a 5th-generation Dallas socialite. Despite growing up in California, she strongly identifies with her Texan roots. She is raising a sixth generation of Westcotts in the city – daughter Hilton (6) and son Cruise (3). Court and Kameron began dating after meeting at church when she was just 22, and have stayed strong since then. They have been married for 8 years.

The Westcott family lives in a 7,500 square foot mansion nestled in the ultra-exclusive neighborhood of Highland Park. Court and Kameron had the home designed and furnished to their exact specifications right after they got married. Kameron herself designed some of the furniture and rooms, including those for her children. The home even has rooms for the couple’s dogs. Outside of the house, Westcott drives a slick BMW i8, which retails for $143,000.