Zara Larsson Snapchat Name – What is Her Snapchat Username & Snapcode? 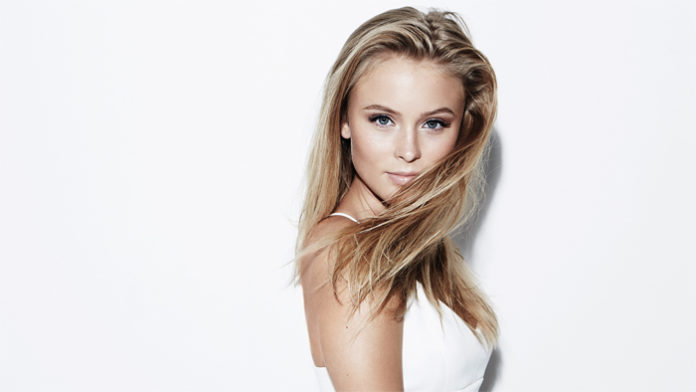 A Swedish singer-songwriter, Zara Larsson first rose to fame after winning the talent competition series, Talang in 2008. A few years later, she landed a record deal with TEN Music Group through which she released her debut extended play, Introducing in 2012. Since then, she has come out with three additional EPs- Allow Me to Reintroduce Myself, Undercover and The Remixes. The singer’s first studio album, 1 was made available in the fall of 2014.

Born on December 16, 1997 in Stockholm, Sweden, she was raised in the municipality of Solna with her younger sister, Hanna. Despite having suffered from a lack of oxygen during  birth, it did not leave her with any lasting effects- in fact, she has enjoyed a perfectly idyllic childhood.

At the age of ten, Zara decided to try her luck on Talang, the Swedish edition of Got Talent. One of many contestants, the young singer went up against several individuals including pianist David Fang, Rapper RMK & Co, Magician Seth Engrstrom, among many others. After several weeks of back-to-back performances, she landed herself a spot in the coveted finals.

From there, she gave it her all and ended up being crowned as the winner of the show. For winning the competition, Zara received a prize money of 500,000 krona. Her final song, a cover of Celine Dion’s My Heart Will Go On was later released as her debut single. Relatively successful, it ended up peaking at number seven on the Swedish record chart.

On January 21, 2013, the Swedish singer released her debut EP titled, Introducing. Primarily a pop album, it consisted of five tracks including Under My Shades, When Worlds Collide, It’s a Wrap, In Love with Myself, and Uncover, the last of which became a big success in Sweden. Not only did the song reach the top of the music chart, but it has since also gone platinum six times, making it one of her most successful titles to this day.

Then on October 1, 2014, she released her debut album, 1 through TEN and Universal Music Group. Incorporating elements of R&B, pop, and dance-pop, fourteen new songs were introduced including Weak Heart, Bad Boys, Rooftop, and Carry You Home, all of which were later spawned as singles. Met with favorable reviews, the singer’s vocals were lauded by several critics. Shortly after its release, 1 peaked at the top of the Swedish Albums chart; it eventually also reached number 33 in Denmark and number 28 in Norway.

The following year, Zara dropped her third extended play, Uncover on January 15, 2015. Produced by Robert Habolin, Colin Norman, and Claude Kelly, among others, it became her first international release outside of Europe. Featuring six songs including Carry You Home, Never Gonna Die, Wanna Be Your Baby, and Rooftop, it proved to be yet another solid release for the artist.

After another EP release, the 19-year-old delivered her second studio album, So Good on March 17, 2017. Her most recent project, its production was handled by Charlie Puth, Stargate, Steve Mac, and Freedo. A pop album with elements of dance, she enlisted the help of many musicians including James Abrahart, Fridolin Walcher, Olivi aChartlotte Waithe, and Herbert Joakim Berg, among numerous others.

More successful than 1, the album included guest appearances from WizKid, MNEK, and Ty Dolla Sign. Some highlights from the track list include: So Good, I Would Like, What They Say, Don’t Let Me Be Yours, and I Can’t Fall in Love Without You. As far as chart performance goes, it peaked at number 26 on the Billboard Top 200. A global hit, it also charted among the top ten in Denmark, Finland, Ireland, Taiwan, Scotland, Norway, and New Zealand.

In support of So Good, she will be embarking on her first concert tour- The UK & Europe Tour later this fall. According to reports, it will kick off in Iceland on October 13, 2017 and continue until November 8, 2017 in Italy.

Earlier this year, the star confirmed that she was dating Brian Whittaker, a British Model whom she has made mentions about previously on social media. Reportedly, she had fallen for him on Twitter before she had even met him in person two years ago. Will the couple be tying the knot anytime soon? Only time can tell for now. 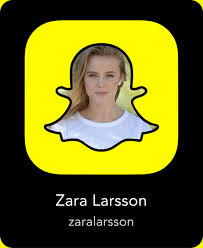 Want to follow the blonde on Facebook? You can do so by liking her official page at @ZaraLarssonOfficial- it looks like she already has over a million fans!

Looking for an easy way to stay connected with Zara? Why not follow her on Twitter? You can find her on the site at @zaralarsson.

Interested in seeing some behind the scene photos? You can catch her on Instagram at @zaralarsson where she’s already amassed over 3.8 million fans!

Feel like listening to some of her hit songs? You can stream many of her official music videos on Youtube over at @ZaraLarssonOfficial. As of 2017, her page has already received over 72 million views!