Colby Brock Net Worth 2018 – How Much He Makes on Youtube 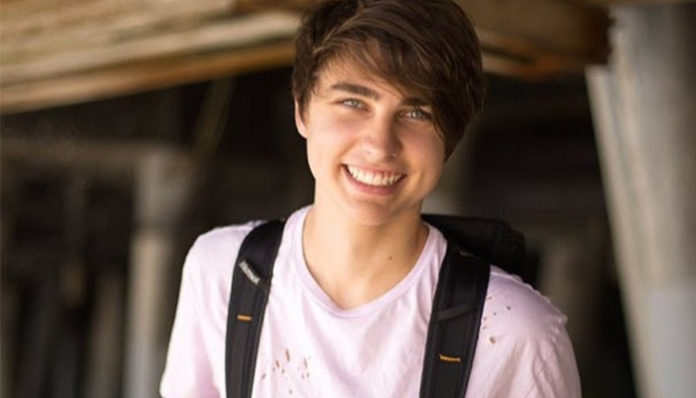 A social media star, Colby Brock originally rose to fame on Vine, before creating the duo Sam and Colby with his friend, Sam Golbach. By the time the app shut down, the twenty year old had well over 1.6 million followers, making him one of the most followed users on the platform.

Since then, Brock has focused his attention on to other projects, one of which includes his Youtube channel. Together with his buddy Sam Golbach, he has posted dozens of videos onto the site, all of which easily receive hundreds of thousands of views each. In fact, to say that he’s popular would be an understatement- his videos have been viewed more than 27.4 million times combined!

Aside from Vine and Youtube, the 20-year-old also has a decent following on Instagram and Facebook. For instance, he currently has over 600,000 followers on the photo-sharing app. If anything, Brock’s popularity has only continued to go up over the past year.

Now, it’s no secret that social media can pay well when done right- so, how wealthy is the star? According to sources, Colby Brock has an estimated net worth of $200,000 as of 2017. Wondering where his money comes from? If you’re interested in knowing, be sure to read on!

How did Colby Brock Make His Money & Wealth? 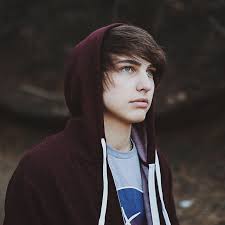 Born on January 2, 1997, in Kansas, Colby Brock grew up in the Stanley neighbourhood where he also went to school. Unfortunately, not much is known about his early life as he rarely talks about his childhood. A student at Stanley High School as a teen, he used to play the clarinet for the school’s music band. Ultimately, it was during his high school days that he befriended Sam Golbach, who would later become his best friend.

As it happened, the two teenagers eventually fell for the same girl at school. Though neither of them eventually got together with the drummer girl, the boys ended up becoming close friends. Eager to get involved with something that would yield them recognition, the pair soon decided to create videos together, which they then uploaded onto Vine, the latest social media fad at the time.

Founded in 2013, Vine allowed its users to create and share six-second long clips. A popular platform in the mid to early 2010’s, it kick started the career of many social media stars- including Brock. Within just a couple of months, it had become the most-used video sharing app in the market; it wasn’t until later on that a web version was made available for users to explore videos.

In attempts to gain followers, Sam and Brock (as they called themselves) got up to all sorts of antics, including placing couches inside the escalators of their local shopping mall- something that eventually got them permanently banned from the establishment. Despite the trouble that they got into, their videos were a success; before long, their following was growing by a few thousand on a daily basis.

Despite that, the two soon realized that creating public disturbances wasn’t the way to go- the legal repercussions were simply not worth it. Going back to rely on good ol’ comedy, their Vine account continued to grow over the next couple of years. By January 2014, Sam and Colby had reached their first milestone of having 10,000 followers on Vine. From there, it eventually grew to 100,000 just a few months later, in April 2014.

By the time Vine came to an end in January 2017, the duo’s following has surpassed the 1.6 million mark. One of the most popular six minute clips, Following Fat People had garnered over 15 million viewers since it was first uploaded onto their account. Considering how popular they were on the app, it wouldn’t be surprising if they were to have banked an amount from creating and posting sponsored videos at the peak of their Vine career.

Since then, Sam and Colby have refocused their efforts on other social media platforms, the most notable being that of their Youtube channel. Since they first established their joint account in 2014, their subscriber count has grown to surpass 900K. As if that wasn’t impressive enough, their videos have also been viewed over 61.3 million times combined!

As you probably already know, Youtube has become a huge source of revenue for internet stars. By joining Google’s partnership program, users are able to receive a stream of passive income simply by displaying advertisements on their videos. The way the system works, the greater one’s audience, the greater the view count, the higher the earnings. Typically, the site pays its partners upwards of $5 per 1,000 views- though the exact amount depends on a number of factors (e.g. location, content, audience, etc.)

How much have they banked from their joint channel so far? Assuming that they receive at least $2 per 1,000 ad views, and that 40% of their total views are monetized, they would have already made close to $50,000. As of 2017, the pair’s most popular video, Overnight in Public Mall has been viewed over 3.8 million times- that in itself translates to a few thousand dollars in ad revenue.

Some of their other popular uploads include, Throwing Giant Bouncy House in Pool!!!, Overnight in Abandoned Insane Asylum, Sam and Colby We Love Our Friends, and Pink Hair Dye on Roommates Dog Prank.

In addition to his joint ventures with Sam, Brock recently set up his own Youtube channel last November. Though not as big (yet) as their Sam and Brock channel, he has managed to amass over 500,000 subscribers within less than a year, which is a feat in itself. As of 2017, his personal account has received over 27.4 million lifetime views.

Not only does he upload various prank videos, but he also posts reaction videos, as well as vlogs on a regular basis. As of October 2017, his top video, Caught My Girlfriend Cheating Prank!! (Gone Wrong) has received over 1.1 million views. Some of his other popular hits include Calling Terrifying Phone Numbers (Bad Idea), Cutting Roommates Beard While Sleeping Prank, Duct Tape Trap Prank on Roommate, and Exploring Suicide Forest.

How much does he make from his personal Youtube channel? If he were to receive $2 per 1,000 views (hypothetical as before), he would have made over $20,000 from his videos so far.

According to statistics provided by Socialblade, Brock’s Youtube channel receives upwards of 200,000 views on a daily basis- converting that to ad revenue, he makes  a few hundred dollars in passive income per day! As far as channel growth goes, his following has also been growing at a steady rate over the past few months. As of 2017, he gains anywhere from 2-3K new subscribers a day.

With that kind of growth, his overall earnings from his Youtube channel would easily increase with time!

Aside from what he makes on Youtube, his popularity on Instagram has allowed him to take in a decent amount from opportunities such as endorsements and sponsored posts. As of right now, the teen has over 600K subscribers on the photo sharing app, an amount that’s increasing as we speak. Not only does he actively post new content onto his account, but each of his photos easily receive upwards of 100K likes each.

A social media influencer, Brock is easily capable of making a few grand from posting sponsored content. Having said that, we don’t know for sure how much the 20-year-old has banked from the app so far.

For those who’d like to support their work, Sam and Colby have a few merchandise items available for sale here.

As we’ve said before, the 20-year-old currently has an estimated net worth of $200,000. Now that we know more about his career, we’re able to answer our initial questions of- Where did he make his money from?. From all that’s been said above, it’s clear that Brock has several things going for him at the same time- the most notable mentions being that of his Youtube accounts, both his joint and personal channel.

No, the Youtube star is not married. While many fans have speculated whether or not he’s currently in a relationship, nothing concrete has ever been revealed about his dating status (unless you count his clickbait, Meet My Girlfriend video from last December).

It’s unclear whether or not Brock has dated anyone in the past.

Does Colby Brock Have Any Children?

No, the twenty year old does not have any children that we know of.

Did Colby Brock Go to College?

No, from what we can gather, Colby Brock has not gone to college (and who can blame him with his successful online career?).

Originally from Stanley, Kansas, Colby Brock relocated to Los Angeles, California, a few years back for his Youtube career. Though his exact location in LA has not been revealed, it’s known that he resides with a few roommates (as they’re often subject to his pranks).

We do not have any pictures of Colby Brock’s house to share with readers at this time. Having said that, feel free to view his Youtube videos for a sense of what his house is like.

What Kind of Car Does Colby Brock Drive?

We unfortunately do not have any information on Colby Brock’s vehicle at this time.

Sam and Colby’s The Life Project

A while back, Sam and Colby launched something new called The Life Project. According to their website, it not only includes a series of videos, but a supportive online community as well, where users are able to share “incredible life advice and life-skills” in an “engaging and entertaining way.” While it’s free to try for the first two weeks, The Life Project costs $17 per month after the trial.

To find out more information on the project, head on over to their website at http://join.samandcolby.com/thelifeprojectparents.

How Much Did Brock Colby Make Last Year?

We do not have any information on Brock Colby’s 2016 earnings at this time. Having said that, it’s known that he’d earned himself a considerable amount from Youtube, as mentioned earlier.

As expected from an established star, Brock Colby updates his Youtube channel on a regular basis. If you’re a fan, you wouldn’t want to miss out on his new videos- be sure to subscribe to his page if you haven’t already done so!