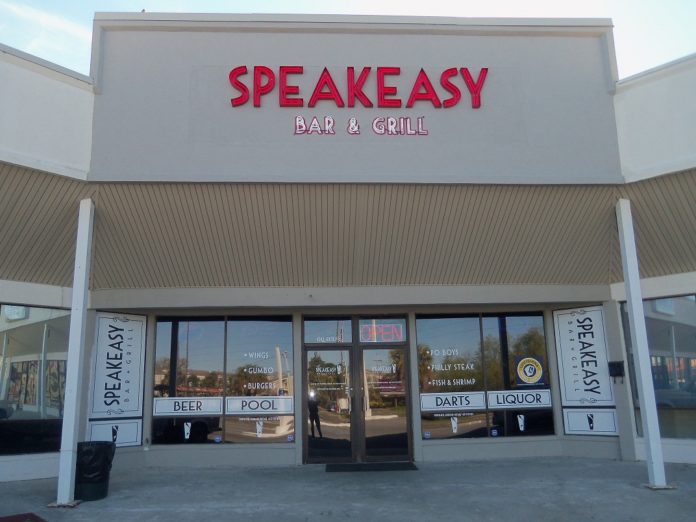 In 2006, Keith Bellaci purchased Speakeasy Bar and Grill. He was managing another bar and a friend of his came to him and asked if he wanted to get in and buy another bar, so he did. In the three years they owned the bar, their business was booming, and Keith even met his future wife who often helped him out behind the bar. Business was crazy and they were here until 5:00 in the morning almost every single night. The only reason Keith exited the business was because him and Amanda had their first child. To focus on raising their family, Keith and Amanda retired from the bar business and got corporate jobs.

Keith sold the business to his partner and started working for Roto-Rooter, and Amanda had about seven years of experience working as payroll for an electrical contractor. It just wasn’t her, and she would be falling asleep at her desk. Amanda and Keith jumped at the opportunity to repurchase Speakeasy for $250,000 in 2015. They rebought the business because of how phenomenal it was for Keith, although the business has not rebounded as fast as they thought it would. Having insufficient funds, Amanda turned to her mother, Barbara. Barbara invested $60,000 into the business now own 50%, and Keith and Amanda own the other 50%.

Barbara has never had a role in the bar since she simply has never been a part of the bar scene. However, when Amanda and Keith repurchased the bar in 2015, it was no longer the moneymaker it used to be. The inside has deteriorated and the sales have slowed, and they are struggling to stay open each day. To make matters worse, Amanda’s lack of ownership experience and newfound freedom only helped to run the business further into the ground. Alcohol can make you do that, and Amanda is quick to get on the dance floor and show you she can dance. Her behavior drove Keith to treat the bar like a party as well. 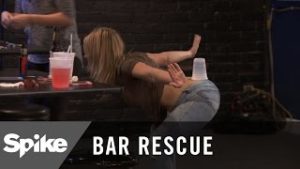 Since Amanda and Keith are quick to point fingers at each other, they are now left with an untrained staff, a continuously crumbling bar, and an enormous pile of doubt. Speakeasy has about $250,000 worth of debt left, which is more than Keith and Amanda’s house. Although they have made some of the money back compared to what they paid for the bar, the accumulating debt quickly brought them back to square one. Now desperate for a miracle, Keith and Amanda have reached out to Bar Rescue and Jon Taffer.

Jon Taffer pulls up to the front of Speakeasy Bar and Grill, which is about 11 miles northwest of New Orleans. The median age in the small town of Kenner, Louisiana, is 39 years, and the income is $57,000 a year, which is about $5,000 a year above the national average. Right around the corner is a community called Gabriel that has expensive houses and properties in the area. However, expert mixologist Ashley says that she does not seem the business has that “grab” factor where Speakeasy appeals to the middle and white-collar class. Ashley actually appeared previously on Bar Rescue from a rescued bar, and is the first-ever bartender to appear as an expert with Jon Taffer.

Jon has called on Ashley to help him turn the experience around, as she has been through that experience. The “call to action” on the windows, the marketing that tries to grab and pull in a potential customer, falls flat. The word “cocktails” means much more than “liquor,” since it’s not a liquor store. On the door are also numerous meals that are served at Speakeasy, which includes Po Boys, Philly Steak, and Fish and Shrimp. Although Jon understands that the Po Boys are the sandwich of New Orleans, he wonders how many Po Boys are present in Kenner. Expert chef Aaron McCargo says that there must be at least a thousand.

Jon then explains that a Speakeasy is a type of bar from prohibition, although nothing about this bar resembles anything from prohibition. Inside the bar, Keith and Amanda serve up shots to customers, and Keith admits that he has been drinking all night. He then calls on Barbara, Amanda’s mother, to restock the toilet paper in the women’s bathroom. Jon then feels for Barbara, as he explains the pressure that can come when mom doesn’t get her money back. They are losing $5,000 a month and are in debt a quarter of a million dollars, and all of this makes it a family crisis.

Bartender DJ struggles to run the POS system and print a ticket while Keith criticizes him for it. Taco, a bartender, helps bartender Cassies and Trudi make cocktails. Cook Carlos works in the kitchen, and Jon begs Aaron to pay attention. Since they are in New Orleans, it can be considered some of the more important food in the world – New Orleans is one of the culinary capitals of the world. Jon then reveals that he has brought in the president of his consulting group, Izzy Kharasch, to come in and do recon with Aaron. Jon tells Aaron to leave his chef’s coat on and enter with Izzy.

Jon’s spies enter the 5,600 square foot space featuring a vacant stage, two POS systems, and three owners that have turned their family business into a family feud. The two sit and order a Sazerac, but they do not have the ingredients to make a Sazerac. The Sazerac is the famed cocktail of New Orleans. They barely have the materials to make an Old Fashioned and a margarita. They have no tools and no glass mixing cups. Bugs will definitely be attracted to the improper seal caused by the plastic mixing tools.

Aaron and Izzy order the loaded tots, the Kenner burger, buffalo chicken wings, and a po boy. While customers order drinks and food, Amanda continues to play darts. Jon wonders why they keep making shots, and Ashley points out that they continue making them only for the staff. The food takes more than 40 minutes to prepare and come out, and unsurprisingly, the food is undercooked. Cook Carlos was seen missing for awhile since he was taking shots with the staff. Jon has seen enough and he storms in with Ashley to start setting things right in Speakeasy Bar and Grill.

Although Speakeasy Bar and Grill has been renamed to Second Line Co, the bar is still owned by Amanda and Keith. Unsurprisingly, most of the Yelp, Zomato, and TripAdvisor reviews all lambast Speakeasy for being a bad experience, they seem to have now rebounded after being rebranded the Second Line Co. The menu has been revamped to focus more traditional pub foods, like burgers, wraps and wings, and even the New Orleans-centric cuisine has been revitalized. The Second Line Co features a host of Po Boy sandwiches, including chicken, shrimp, fish and beef.

Now, the Second Line Co features an outstanding 4.2 star review on Google alone; on Yelp, they have a 4.6 star review and a 4.7 star review on Facebook. The total combined reviews come out to more than 200 reviews, all of which work together to mean that Second Line Co. has truly been given a second chance. Jon Taffer definitely worked his miracle and saved not only a bar, but the dysfunctional that owned the bar. It is unknown if Barbara is still partial owner of Second Line Co to this day.