Stepping into the Shark Tank is an entrepreneur, with an advertised platform that can help users follow their passions. Meet Kash Shaikh, and he is here to call out the Sharks. With all this talk of dreams, drive, and destiny, inspirational quotes and mantras, Colin has found that people today are all talk. With that, he has come to seek $1 million dollars in exchange for 10% of his company. His team at #besomebody built the world’s first experience marketplace with a vision; to pioneer experiential learning.

On this platform, you can learn anything you’re passionate about by booking experiences with experience. You book online but meet up in person to experience hands-on. The hosts of their experiences, who they call “passionaries,” get to make money doing what they love. So, for example, Robert – if he wanted to add ninja skills to his already sexy repertoire of scuba diving and investing, he can book an experience with a ninja warrior, Travis Bruer.

Indeed does Travis Bruer enter, and he does so in a stunning way – he rolls into the Shark Tank on just a gigantic monster tire wheel and shows off his athletic capabilities. He lands and points at the Sharks, jumps up on the coffee table before the Sharks, shakes hands with Robert, and performs a backflip. And now, the lady Sharks for example – if they want to ignite their dormant passion for dance, which Kash knows they all have, you can book a group experience and learn anything from ballet to salsa to Bollywood. And, to emphasize Kash’s point, several female Bollywood dancers storm out, performing a traditional Indian dance. All the Sharks are smitten. All of them are given traditional Indian scarves while the dancers perform, and Daymond cannot help but groove with the beat.

All the Sharks applaud the show, but there is still one example – Mark could book a soccer experience and learn from the best two-time world cup champion, two-time Olympic gold medalist, Christine Lily. And surely enough, Christine Lily dribbles a ball into the Shark Tank. More applause follows from the Sharks. However, Christine says that she is here today as a #besomebody passionarie, someone who truly loves the company and everything it stands for. In fact, #besomebody will exclusively host soccer experiences on the #besomebody platform.

With that, Kash believes he is on the right mission with the right movement and with the right model, and he would love for all of the Sharks to join them on the world-changing journey. With that, Kash dismisses all of his passionaries, and the true Shark Tank segment begins. Robert starts by asking Kash about his background, and Kash explains that back in 2009, he was seven years into his job at Proctor and Gamble, which is one of the leading product makers in the world. He was doing social marketing branding, which included products like Tide and Old Spice. He had just turned 30, was going through a break-up and was trying to figure out his purpose in life.

It was then that he started to learn that if you focus your mind, body, and spirit, the universe starts to open up doors and windows that you never thought possible. He started to learn the power of the word since it’s intuitive and instantly personal to people. When people around the world hear the phrase “be somebody,” it becomes about you and what you love. This is what’s powerful about it, and as soon as he started to see that there was something there, he left Proctor and Gamble and joined up with GoPro.

Mark, however, says that Kash is doing a lot of talking and not getting anywhere right now. Kevin asks about the end product, and Kash starts demonstrating. #besomebody is an iOS app (for now), and he brings up a profile. If you hit the plus button, it brings up all his passions, and users can even list passions that aren’t there. The algorithm takes all of these passions and matches you with other local and passionate people. Think about Airbnb – when you’re booking houses, here you can book an experience.

However, Barb is curious about the pricing structure; Kash explains that his company takes 20% of every experience that’s booked. On average, they make $40 an experience. Kevin then explains that he has to supply a bunch of passionaries, and he makes a side comment that he loves Kash’s name. Unfortunately, Kevin has learned that happiness cannot buy money, so he has to understand how to scale the platform. Kash then explains that he has a global movement that reaches 5 million people a month, which means that 5 million people are involved with the hashtag. However, all of the Sharks point out that this means nothing. Is this from his company, or just in general? 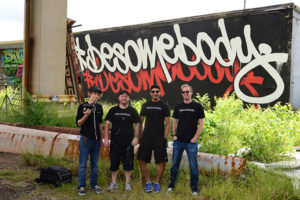 Kash then says that he was the first person to trademark #besomebody, but Mark explains that they just own the branding. Robert is seeing what connects to revenue, and he is confused on the platform – is the idea that people get together and do what they like or a training platform where he goes to an expert? Kash then shrugs Robert off, going back to the scaling question; he has made several strategic partners, but Daymond asks how he can protect himself from any liabilities. For example, what if someone goes white water rafting and hurts themselves and sues somebody. How does Kash protect himself against lawsuits? He simply says that they have not had this problem yet, but Barb asks what the answer would be – theoretically.

The problem so far has been raising capital, and Barb points out that they need the capital to lose it in a lawsuit. However, Kash says that this is all about insurance. So far, #besomebody has been offering experiences for 12 months now, based out of Austin Texas. 12 months is the only beta use period, Mark says. However, Kash then explains that at the end of 2015, they left beta and for the first six months of 2016, they have been closing partnerships. More than 80,000 organizations have signed on to be partners, and within the last month, #besomebody has organized more than 2,000 meet-ups.

Daymond then says that the answer to potential litigation was raising capital – is this to get a big insurance policy or what? Every passionarie that hosts an outdoor meeting has to have liability insurance, which is part of the agreement. The reason why they have secured so many partners is that, when they partner with them, they are out to perform a mission, they have a shared goal, and before the third reason can come, Kevin launches another question. Why would Christine Lily sign into an exclusive contract with #besomebody? What’s stopping the exclusivity? Mark agrees with this. However, Kash then says that 100% of the organizations’ revenues would come through the #besomebody platform.

Things deteriorate into chaos in the Shark Tank, and all of the Sharks have questions to ask. However, Kash turns his attention to Mark and says that they could be a money platform, and Mark looks annoyed. Kash then retrieves a piece of paper with the words “#besomebody” on it, trying to explain that he carried it around since 2011 with him. Mark is super annoyed and asks if Kash has brought a collection plate with him since he’s doing more than selling than explaining the merits.

He then explains that the longer the backstory, the worst the deal. More preaching also equals less money for the investor, and for these two reasons, Mark is the first Shark out of the deal. Barb then says that she finds Kash enormously abrasive and she drives him nuts. She feels as though Kash does not have the capacity to listen, and could not imagine what type of a partner he would make for Barb. She is also out of the deal, leaving the other four Sharks interested. 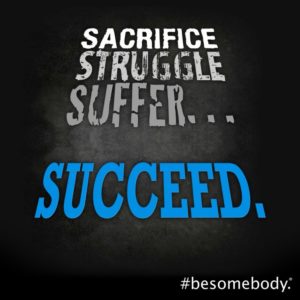 Robert then says that the beauty of a movement is that it is viral, which Kash is not organically getting. Part of the reason they are failing to scale is the lack of passionaries, which provides a direct contradiction to the insurance question. Robert does not understand the business, so he is the third Shark out of the deal. Lori then speaks up, saying that there are so many apps out there. This is just another one that won’t make it. She’s out.

Daymond asks about how much money Kash has into his own business, to which the answer is $200,000. He then blurts out, “We are pioneering experiential learning,” and Mark rolls his eyes. He launches into a tirade about online learning being a booming industry. Daymond then says that he never got over how Kash can protect himself against liabilities, and there’s a lot of people teaching dangerous things. One lawsuit can kill the entire company. Daymond is out, leaving just Kevin.

Kevin, in his infinite and pragmatic wisdom, then explains that Shark Tank is all about money and he does not understand how he can get his money back. He calls out Kash, saying that he is one of the few people in history to have six Sharks in the Shark Tank. He had six shots and missed every single one of them. With that said, Kash is kicked out of the Shark Tank without an investor in his #besomebody platform. 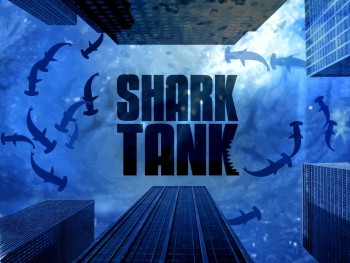 This was an absolute crap show, and I loved every second of it. Kash knows almost nothing about his own business and does not know how to speak to investors. With that said, the #besomebody application is done and it’s gone. Customers weren’t buying it, and it was announced in early 2017 that the app would shut down. There were three big reasons cited, but most importantly, the demand simply was not there. The business would only work if millions of people booked one to two experiences per year, which is nearly impossible.

Since then, Kash has begun to restructure the #besomebody brand into a “hands-on job training” site. This is built around “learning paths,” which are “vocational training programs that teach candidates specific, practical, ‘real world’ skills” that they could use in a job they are passionate about. Personally, I think this is going to fall right through. Kash can only rely on the “passion” aspect of his platform and has no grounding in the reality aspect. You can drop by the brand-new #besomebody website and enter your email to wait for a chance for the platform to re-launch the job training.