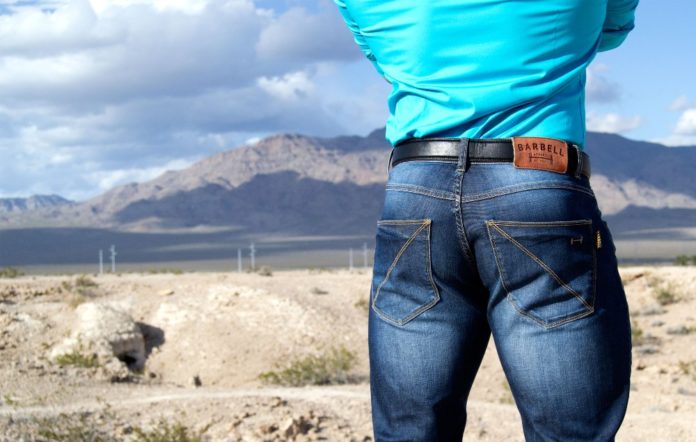 Karl Workman, a graduate of the University of Las Vegas, experienced a business opportunity epiphany through his own daily struggles. As a person who spends a lot of time at the gym, Karl has a very fit and muscular body type. Because of his toned physique, finding clothing that fits well and comfortably became a challenge for him. Where he found the most trouble was in finding the right kind of jeans to comfortably fit his body. 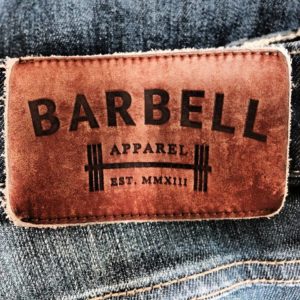 When the idea for Barbell Apparel came to him, Karl had been working as an assistant manager at his local Walmart. He was determined to make his clothing company a full-time business endeavor, so he and a group of his friends took the idea to Kickstarter. Barbell Apparel became one of the most successful fashion campaigns to have ever been hosted on Kickstarter. They were able to raise over $1 million in donations to get the business off the ground because people were eager to see this product for bodybuilders out on the market.

Using the money earned through Kickstarter, they began manufacturing a pair of jeans made from Advanced Flexible Denim. This material fits more comfortably over muscular legs as it stretches and breathes better. Barbell Apparel offers jean selections for both men and women, then later added board shorts and dress pants to the line. This way bodybuilders can have both casual and formal wear that fits comfortably.

Barbell Apparel has been able to get its start because of all the generous donations from fans, but Karl knows he is going to need more help to get his business where it wants to be. He needs more outreach into the fashion market, which is exactly why he takes Barbell Apparel to the Shark Tank.

Barbell Apparel co-founders Hunter Molzen and Alex Hanson are representing the brand in front of the Sharks. They enter the Shark Tank seeking a $500k investment for a small 5% stake in their clothing line. The Sharks are clearly surprised by such a high valuation of a new company, but Hunter demonstrates how their clothing works. Barbell jeans are comfortable and stylish in addition to also being gym appropriate. He is able to do squats in them without discomfort or having the material rip from straining. This clothing line is designed for bodybuilders who want to feel and look great in what they’re wearing.

While Hunter passes around samples of their clothing, Kevin O’Leary jumps right in to ask 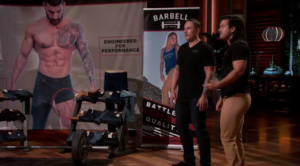 why they think Barbell is a company worth $10 million. According to the co-founders, their sales that year are projected to be over two million. Although that is impressive, O’Leary still isn’t convinced that they should be valuing themselves at 5 times their sales. It seems highly ambitious of them, but they are also experiencing a 100% growth rate which means they will only continue to expand and bring in more of the millions.

All of the sales they have made thus far are online sales. The internet is where Barbell got its start though, so it makes sense. Alex tells the Sharks that while he was on his honeymoon with his wife, he made a Kickstarter with a goal of $15k and by the next morning, people had donated over $80k to the brand. It’s clear that this is an untapped niche in the clothing market and there are a lot of people who want to have it made available to them.

Despite being a relatively new company, Barbell is cash flow positive and this year they will be making about a half a million in profits from all their sales. Each pair of jeans retails at about $149 and it only costs them $15-$20 to make them. The markup is incredible, but they are experiencing issues in inventory. Their products sell out very quickly and they don’t have the cash on hand to buy more inventory in advance. In other words, their demand is so high and they are financially unable to keep up with it and that’s why they are currently in the Shark Tank.

Daymond John, a Shark who is known for his involvement in the fashion industry, is a part of 15 different clothing brands. He explains that he only wants to be a part of brands that require people to keep making purchases every few months or so (i.e. shoes and spandex). Denim, however, is a material that becomes “cooler” the more its worn in and therefore he isn’t willing to make them an offer.

The issue Mark Cuban is facing is that even though Barbell is in such high demand and on the fast track to success, they are opening doors for competitors by not being able to satiate their customer demands. He isn’t sure how they are going to be able to protect their brand from the competition and that is just too big a risk for him to take, so he’s out. Lori Greiner is also incredibly impressed with all the progress they have made. She commends them for introducing something completely new and original to the market, but it simply just isn’t a company that she can see herself investing into.

That leaves O’Leary and Robert Herjavec in the Tank. For Herjavec, his main concern is their issue in inventory. Before he can say anything else, Alex jumps in to say that they are good with inventory in the sense that they know what they can sell and are great with sourcing and manufacturing. They are in need of more money in order to be able to make the jeans to sell to the eager customers. Despite all that though, Herjavec still isn’t convinced that it is going to be worth the risk. The inventory issue will continue to suck more and more money out of them and therefore he isn’t going to make an offer.

O’Leary is the last to make his final decision. Barbell Apparel is an incredible company that should be acknowledged for its ability to make a standing in one of the most competitive markets out there. Unfortunately, it is also an industry that “inhales cash” and Mr. Wonderful isn’t the kind of person who is willing to put his money into a risky business. So, despite the fact that all the Sharks were thoroughly impressed with what Alex and Hunter were able to do with their clothing brand, none of them are willing to take the risk. So, Barbell leaves the Shark Tank without any new investors.

Although Barbell wasn’t able to entice one of the Sharks into biting, the company did not 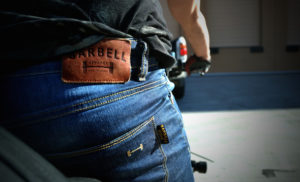 go belly up. In fact, they have been doing pretty well for themselves. Customers love the product so much that they have been able to expand their line even further, offering a wider array of clothing options for muscular body types.

If you are interested in browsing what Barbell Apparel has to offer, you can visit their Barbell Apparel Website. They offer free shipping, exchanges, and returns on all their merchandise and you can read all the reviews on their products before making a final purchasing decision. Additionally, they have an Instagram and Facebook page that you can follow to stay updated with new Barbell releases and sales.