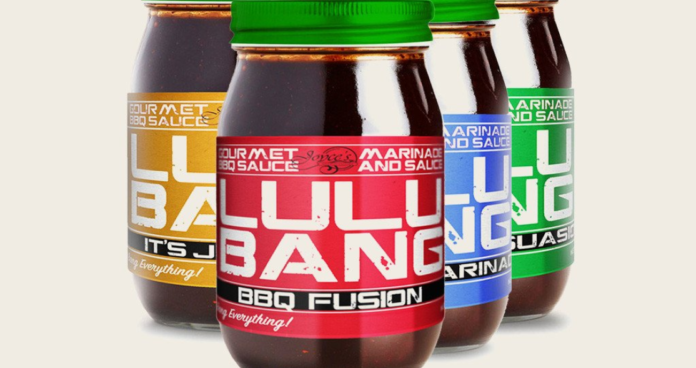 Joyce’s Lulu Bang began their presentation on Shark Tank with their audition video. Jorrae and Kelly introduced themselves as two sisters from Pennsylvania who love to cook. They were inspired by their mother, who always made giant meals after church on Sundays. They thought it was important to continue the tradition in their mother’s honor. Jorrae decided to make up her own sauce when she was unable to find the exact taste that she wanted. When she tried it out on her family dinner, everyone loved it. They gave it the name of Lulu Bang after their brother Mike, who was taken away from them too early. They said it was their way of keeping him alive. Jorrae said that having a Shark taste their product and confirming that it was good would make the journey a whole lot sweeter. 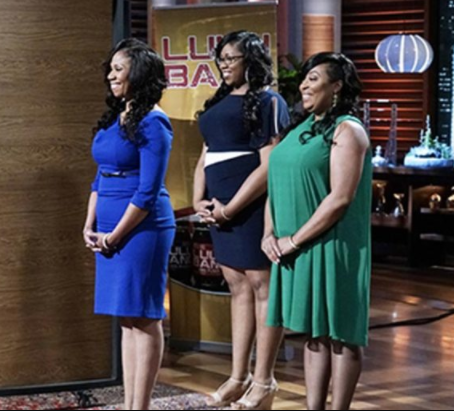 Three women walked out onto the stage and met the Sharks. They introduced themselves as the owners of Joyce’s Lulu Bang. They were looking for $150,000 for a 10% equity stake in their company. Kelly started off the presentation by telling the sharks that she knew that if they were anything like her, they love to bang. Daymond looked surprised and alarmed. Jorrae followed that up by saying that if there were anything like her they like to bang for breakfast, lunch and dinner. Joyce said that by the end of the presentation the Sharks would want to bang everything. They finished by asking who wanted to try Joyce’s Lulu Bang.

Kelly said that their sauces were filled with spices and flavors that would change the way that you eat. They had names such as It’s Just Hot or Asian Persuasion. Jorrae stated that the best part about their sauces is that it is beautiful on anything., From seafood, chicken, steak, potatoes, and rice. They claimed that they could bang anything. The innuendo was not lost on the Sharks. They finished the presentation by asking who wanted to join forces with Joyce’s Lulu Bang. They told the Sharks that they’d samples for them to try, and started passing them out.

The Sharks were rolling laughing in their seats from the presentation. They kept chanting “bang that thang!” Kelly introduced the third woman on the stage – her daughter. All of the Sharks exclaimed that she didn’t seem old enough to have a daughter that looked fully grown. Kelly explained that she was actually 50, and grinned. The samples were a variety of dishes that all had different sauces on them. Kelly said that they wanted to allow the sharks to have an opportunity to try the sauce in its purest form. Daymond and Lori both expressed that they really liked the sauces. Kevin started digging in. He said that the issue with barbecue sauces was that they’ve had a number of them throughout the years. He said that Joyce’s Lulu Bang was as good as any of them that they tried. Kevin wants to know what their distribution strategy would be to get market share and the sauce business. It was a challenging proposition.

Kelly told him that they would love to share that story. She said that the Beard sisters started in catering and restaurants. Kelly said that everyone was telling them that their sauce was awesome. They started to bottle it and sell it small-scale. Kelly said that they attended a Walmart manufacturing summit, and walked away with the regional deal. Joyce’s Lulu Bang was in 170 Walmart stores. Mark Cuban and Robert looked impressed. Robert told the sisters that it was extremely difficult for small businesses to get into Walmart. Kevin asked them to share their Walmart journey.

Kevin wanted to know if Walmart planned on rolling them out to more stores beyond their regional area. Kelly explains that they had just gotten into the stores a couple months ago, and they’ve already been connected to the Women’s Initiative. Lori said that they were going to ask about that. Kelly said that she had gone to one of their senior buyers, who would say that their presentation was one of the best that they’d ever seen.

Kevin told him he didn’t think it was going to work. He said that it wasn’t going to be a big online business since the product weighed too much. He saw it as a competitive space and a commodity. He thought that they would need a lot more than $150,000 in order to really brand and differentiate their product. Kevin repeated that he thought they needed a lot more money in order to break into the big leagues, and he went out. The two sisters thanked him.

Lori asked him to take a timeout. She pointed out that he sells glass jarred cupcakes online. Kevin insisted that they weighed a tenth of what the barbecue sauce did. He said that he already knew the nightmare of shipping things online. Daymond cut in, and said that he wanted to share his thoughts. He told them that the food and the sauce could bring a tear to glass eye. He said it was amazing. Daymond explained that he did a similar deal with the rib company that also sold sauces. He’s said it was nightmarish the way that the sauces worked. They didn’t sell well online since the people can taste them, and there is a lot of breakage in the ordering. He was very familiar with all the issues of the business, and he didn’t think he could help. Daymond went out.

Robert was up next. He said that they’ve done amazing work so far, but the branding was very confusing to him. The colors had a very Asian lock, and then he saw barbecue sauce, but then you say goes good on everything. Kelly nodded, indicating that she understood the issues. Robert told them that they had gotten very far first small business, but still felt like they were at the beginning of their journey. He said that they did an amazing job, but he didn’t think he was the right partner for them. He went out. The sisters thanked him.

Lori also told the sisters that they didn’t make an amazing job with Joyce’s Lulu Bang. They had worked their way up to being in Walmart, and that was no small feat. She followed that up by saying that when she invested in business, she likes it to be unique. Lori said that there already 1 million barbecue sauces out there. She was out for that reason.

Kelly said that she believed that Joyce’s Lulu bang could be the company that Mark Cuban wanted. He had told them that he was looking for a company that could make $10 million in the next 5 to 10 years. She told him that they’ve had conversations with Walmart and ShopRite. Kelly said that they have the expansion piece down. Mark acknowledged that but said that the timeline was wrong for him. They could expand to 1000 stores, and sell 700 bottles a week, and it would be a great profitable business for the two of them. It didn’t make room for the investor. Mark went out, saying that the two women deserved a ton of credit for what they’ve accomplished so far.

In their exit interview, Kelly said that she didn’t feel like the trip to the Shark Tank had been a wasted effort. She said that she felt like Joyce’s Lulu Bang was going to be the sauce and every single household. She said it wasn’t a matter of if, but when. Back in the Shark Tank, Kevin was still being super negative. He said that he didn’t see the barbecue sauce business succeeding. Robert informed him that success was relative, and asked him if his businesses were successful from the start. Kevin just said that he’s looking at it and saying that there is no chance. Lori remarked that since they had a deal with Walmart, they would be a successful small business.

Kevin felt like the others were in a way lying to the entrepreneurs. He was trying to give them an accurate look at the risk profile of what they’re doing. Mark called him an idiot. Mark said before that while it wasn’t in investable business, the two of them could easily make it into a $500,000 business for themselves. The shark tank out loud as all of them start talking over each other. Kevin was saying that he was tired of seeing the glowing reviews, and want to see a little bit more truth. Mark said that it was absolutely worth it for them to spend the next two years working on the business, and didn’t see why Kevin was being so negative. Lori told Kevin that he didn’t know the truth, or how anything was really going to play out. Lori said that if she listened to any of the naysayers, she wouldn’t be where she is today. Let’s take a look and see who was right. How has Joyce’s Lulu Bang barbecue sauce done without an investment from the Sharks? 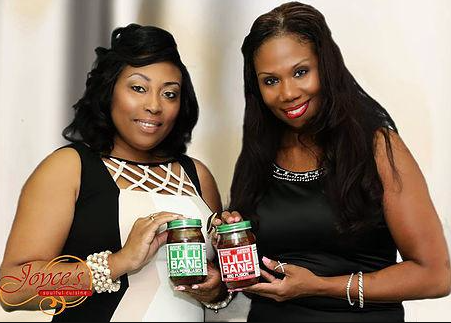 Although Joyce’s Lulu Bang did not receive any funding on their episode of the Shark Tank, they still receive the benefit of the Shark Tank effect. In the three days following the airing of the episode, the sisters’ barbecue sauce company made $60,000 in sales on their website. The website is continuing to garner orders. In an interview, Kelly said that there was an order a minute for a little bit, and it was overwhelming for the two-person team. Since the airing of the episode, Joyce’s Lulu Bang has expanded into Walmarts in places such as Virginia and Utah. They’ve been picked up by ShopRite, and are selling in New Jersey. They’ve also been approached by Angel investors, although they haven’t secured a deal yet. They are taking some time to figure things out. They are currently looking for a copacker, or to open up a restaurant manufacturing plant hybrid at some point in the future.