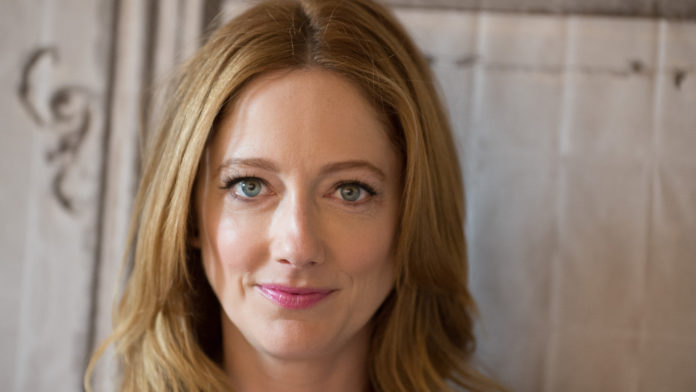 Been a while since I’ve written a net worth article, but glad to be back at it. Continuing from last months look at the two leads of FX’s Archer, today we land on Judy Greer. Probably should have done this one when I was writing about the cast of Arrested Development, but she was more a minor character in that one. In Archer she is one of the stars, and boy does she put in a hell of a performance. Judy Greer has been appearing on screen since the late nineties, where she carved a niche for herself in the RomCom genre, playing the “Best Friend” type character, but she really started making waves in the world of comedy in the early 2000s, landing the recurring role of Kitty Sanchez in the excellent, and unfortunately cancelled, Arrested Development. Since then I have found that the majority of her income has come from film. There are a large number of TV credits to her name, but with television paying less than movies, and the fact that her roles in TV have been neither starring nor long running, all those minor appearances really start to add up.

So let’s take a look through the career of Judy Greer, which is a fun sentence to say out loud, see where she made her money.

How Did Judy Greer Make Her Money & Wealth? 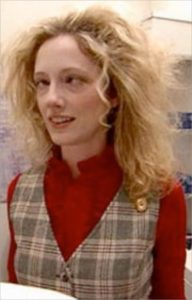 Judy Greer was born on July 20th 1975 in Detroit Michigan. She grew up in a Catholic household, with her mother being a former nun, having been kicked out for being too wild, or so said her mother superior. Judy graduated from The Theater School at DePaul University in 1997, and immediately started landing roles. Her earliest performance was a few short months after graduation, landing a television guest spot in Early Edition, a CBS drama series, before moving into film work the following year.

What followed was a string of performances in both film and televison, but nothing of any real note. Pay for work like this back then was fairly lucrative though, especially at the rate Greer was landing them, expecting on average $10-30,000 for film and around half that for television. She built up a reputation in the Rom Com genre during this period, with little opportunity to stretch her comedic muscles. That changed in 2003 when she landed the recurring role of Kitty Sanchez on Fox’s Arrested Development.

I love Arrested Development, doing a whole series on the main cast may have clued you in, and Greer was hilarious on the show. She did not appear all that often, but was in every season at least once. She played the lover of family patriarch George Bluth Snr, with her nailing the over zealous baby crazy mold to perfection. It showed off her natural talents for comedy, and to this day she is best known for the performance she put in here. She reprised the role ten years later in the Netflix revival of the show, and is set to appear in the new season coming early next year. I for one cannot wait.

On the matter of money. i love when an actor lands a sitcom, it usually means a steady pay check if it takes off. AD didn’t really take off until after it was cancelled, and Greer was a bit player, so it is likely she made guest star role, with season one prices throughout, likely in the sub $10k bracket. But with the revival she got a little more. The principal cast all got $125,000 per starring appearance, with a $50,000 payment for a longer than ninety second appearance per episode, Greer made the second category here, so not bad for a few days work.

The same year she appeared in Arrested Development the first time, so 2003, she starred in the cult classic comedy flick called Hebrew Hammer. The film takes the blaxploitation genre conventions and filters them through a Jewish perspective. The film is actually pretty funny, a few minor league less than stellar performances aside. Just a lesser known title that I think people might get a kick out of. 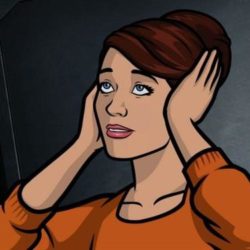 Her film and television work continued through the 2000s, with her gaining larger and larger paychecks as she went. In 2009 she landed the minor role of Cheryl Tunt in a small animated show called Archer. The show expanded, gained a following and her role grew until she was one of the leads. Archer is another must see, if you haven’t already. The cast is excellent, and with the addition of fellow Arrested Development alumni Jessica Walter and, once, Jeffrey Tambor, it really does feel like AD by way of James Bond. Granted, Cheryl is a very different character from Kitty, who has gotten increasingly crazy as the show progressed, but Greer’s delivery is always on point and the writing is top notch. The downside here is that VA work pays very little when compared to other formats, with even starring actors making little more than a few grand per episode. Good thing it doesn’t take too long to record.

These days Greer is appearing in huge blockbusters and cult hits, a weird combination, and while her net worth right now might look paltry when compared to the mega stars, but I fully expect her wealth to grow, if these last few years are anything to go by.

She is. Judy Greer married Dean E. Johnsen in 2011. The couple are still together, but so far as I can the couple do not have children. He is a writer and producer, known for his work with Bill Maher.

Where is Judy Greer from?

Judy Greer is from Detroit Michigan.

Did Judy Greer Play three characters on Two and a Half Men?

Yeah, I thought that was weird too. She played two entirely unrelated characters, and a third that was said to be a doppelganger of the second. It seems likely that the gag was a nod to her having been on the show previously, and is not a bad meta joke in an otherwise less than stellar show.

What is the name of Judy Greer’s Autobiography?

She wrote an autobiography back in 2014 called I don’t know where you know me from:My Life as a Co-Star. The book chronicles her life so far in the back row or Hollywood, talking typecasting and taking a look at the real people behind the cameras. it’s funny, and well written, taking on an essay format for the most part. Well worth checking out.