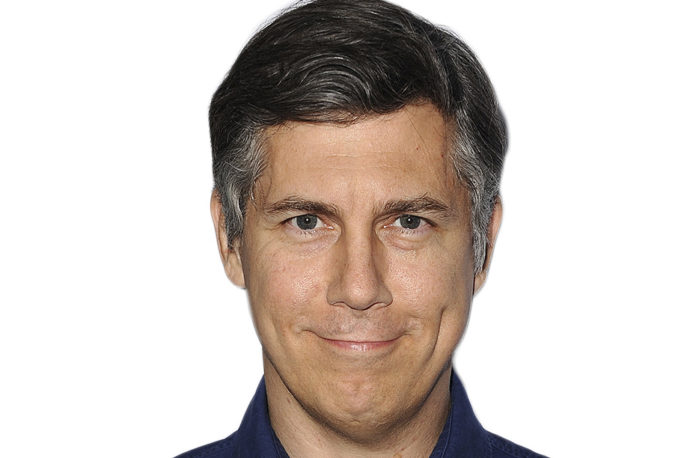 Chris Parnell is more famous than I gave him credit for. I only know him for his animated work, but he was a long running cast member on Saturday Night Live as well. Twice. Don’t know if many folk have been fired from the show on two different occasions, but it certainly makes him among the more unique alum in the show’s long history. These days though he is very much better known for his voice over work, in two critically and commercially successful shows, Archer and Rick and Morty. Both are excellent, and Parnell does some fine work in both, but this guy has been in the business for a long time, cutting his teeth with an improv troupe back in the late eighties, before moving to television and film in the mid nineties. You might think that 150 episodes of SNL would form a strong back bone of wealth for the guy, but that is not entirely the case.

So let’s dig in, take a look at the life and career of Chris Parnell, and see how much money he has made along the way.

How Did Chris Parnell Make His Money & Wealth? 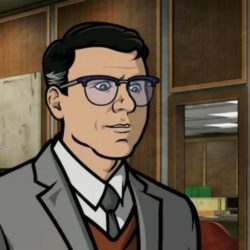 Chris Parnell was born on February 5th 1967 in Memphis Tennessee. Don’t quite know where his accent went, but whatever. He decided to become an actor at age seventeen, and went to The University of North Carolina theater School, intending to act on the stage first and foremost. After graduation he moved to Houston and auditioned to join the Alley Theater Troupe, but did not make the cut. He was left a little dejected, and almost quit the business, but soon rallied and moved to California and auditioned for the Groundling Improv troupe.

He started landing commercials in the early nineties, which led to him being cast in guests spots in sitcoms. Go back and watch Seinfeld, he shows up in the final season. I always get a kick out of seeing familiar faces in the past, he also showed up on a episode of Friends, but that was much later. These early appearances in sitcoms are a decent income, but less than you might think. In the mid nineties a guest star could expect to be paid only a couple of thousand for their performance, even in big name shows like Seinfeld. Not great if you’re living in LA. Still, it was a stepping stone, and it kept his head well above the water.

The late nineties saw him cast in Saturday Night Live as a principal cast member. He was fired from the post in 2001, in order to make room for new players, but was hired back again in the middle of the following season. In 2006 he was fired again, making him the only cast member to have been fired by Lorne Michaels twice in the history of the show, though he says he was less bitter about the second time, due to already considering leaving after in 2007.

The salary of the SNL crew is well known, and far less than what I expected. At base rate, for a first year hire, you make $5,000 per episode, going up to $6,000 by the second year, and up again to $12,500 in the fifth year. I cannot find concrete evidence for this, but seen as Parnell was fired in his third year and brought back a season later is is likely that his pay was reset, and his second firing coincided with what would have been his fifth year on the show, those 150 episodes added up to less than a million for the entire run. I’d be fairly bitter about it as well. At the very least he got a fair number of nous checks, as writing a produced sketch nets you $1,500.

Thankfully by this point he had already made a name for himself as a fine comedic actor, and was landing roles in both television and film, and as I am fond of pointing out, even a minor role on a film is worth a lot of money.He had a recurring role in hit sitcom 30 Rock, and those 25 episodes are likely to have paid about $20,000 per, while the film roles would pay at least double that. Firm footing.

In 2009 he landed the role of Cyril Figgis in the cult cartoon Archer. Like most of the supporting cast, his role in the beginning was a little smaller than it is now, and his character was a hell of a lot different as well, but Chris brought his wonderful talents to the role, and the cast in general gel really well with one another. The show is one of my favorites, and everyone should give it a go. that said, the pay in an animated show is far less than even guest roles on television, and even 98 episodes does not add up to much. When the series star, H. Jon Benjamin, is pulling in around $5,000 per episode the Chris Parnell is likely pulling in half that per.

Archer has given him another pillar though, voice over work might pay a lot less, but the time spent doing it is also a lot less. Parnell has lent his voice to a variety of characters in the years since, and it is likely he will continue to do so. His role on Rick and Morty may have been cut down significantly, but he still shows up there every so often.

Overall he hasn’t done too badly for himself, and in the years to come we can expect his wealth to grow.

So far as I can find out he is. There is very little information on his wife, likely just a private person, and their young son. He is on record that he didn’t meet anyone he wanted to marry until his early forties.

Where is Chris Parnell from?

Chris Parnell is from Memphis Tennessee.

Will Ferrell, but after he left Chris Parnell took over the role for the rest of his run.

Who was Chris Parnell’s favorite Host on SNL?

He says that Gwyenth Paltrow was his favorite to work with, which makes it a bit of a shame that she came back to host during the 12 episodes he was fired back in 2003.

Was Chris Parnell Fired from SNL?

He was. Twice actually, and is the only person to ever be fired twice by Lorne Michaels. It became a bit of a running gag for a while, with Parnell even penning a song about it, claiming that Michaels loved him so much he hired him twice.