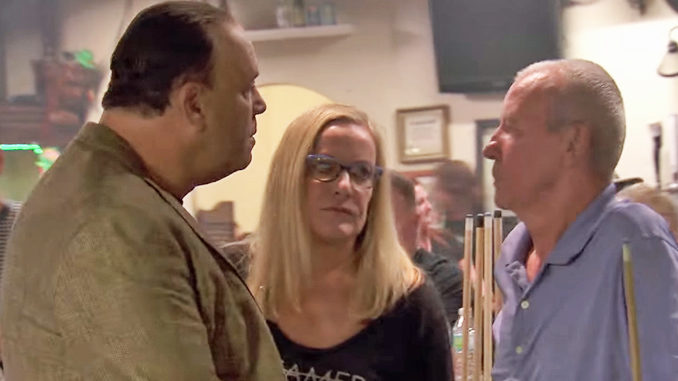 The Lucky Leprechaun Before Bar Rescue

In 2010, husband and wife Terry and Georgiann went all-in on reviving a closed, run-down bar in Davenport, Florida, which is a working-class suburb just outside of Orlando. When Terry came in and looked at the place, he said “hell no.” George-Anne, his wife, talked him into it. As soon as they began renovating, they discovered multiple unforeseen problems. Things like the carpet being destroyed, the kitchen covered in black mold, extension cords everywhere – all these impeded the progress of opening The Lucky Leprechaun.

The husband and wife couple sunk around $60,000 in getting The Lucky Leprechaun Irish Saloon open for health inspection. Tapped out on cash, the two did not see eye-to-eye from the very beginning. Terry sees the negative, and Georgiann sees the positive. They don’t agree on anything. With the business failing and their marriage strained, Terry’s attitude took a turn for the worse. He went from being a happy-go-lucky guy to a grumpy Irish bastard. He’s an issue with the bar – he used to be a very fun and happy guy, but now all the staff is grateful when he leaves.

If Terry isn’t yelling at people, he’s spending his time hustling customers on the pool tables. Terry has hustled countless games, and does it whenever he’s in the mood – which he is frequently. Fed up with Terry’s behavior, Georgiann decided to make a change. Terry simpler was no longer the person she fell in love with. Before long, the divorce was finalized, but the two are not in a situation where the two can live separately. The two split their house, and are more like roommates and business partners.

The Lucky Leprechaun on Bar Rescue 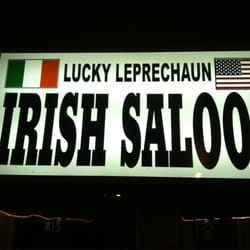 Jon then wonders if it’s country-western or Irish in there, or if there are Irish cowboys in there. The theme is confusing, and he is curious what is going on. The sign pops out, but the bar is barely visible underneath it. In fact, the walkway looks scary. The sign is so bright that it makes the sign disappear, and Phil says it’s like a black hole. All three agree that if they were women, they would not go back there. They need to make the place feel safer and more visible.

Jon explains the situation between Terry and Georgiann – they bought the bar 7 years ago and are now in the hole $300,000. The situation is so bad that the two of them have divorced, and neither of them can afford to move out. The two of them are then working in the bar, stuck like prisoners, and Vic says that they are screwed. Even worse, they are losing $2,000 every month, and at a point they will lose their house and everything else.

The camera switches to Dave, one of the bartenders, who spills a drink while mixing. Manager Cay tries her best to help out in the kitchen and keep things organized, but the food ultimately appears to be prepared sloppily. Dave and Matt are the other two bartenders present, and it’s obvious that none of them are trained. You can tell by the way they are pouring drinks, Phil says. Three of the customers are served a green drink, and all three drinks are different shades of color.

In the back, by the kitchen, is a fryer. Actually, it is a tabletop air fryer. Nobody is cooking, and there is no food – however, people are bringing food into the bar. This is BYOF – Bring Your Own Food. The bar is also filled with smoke, alienating any non-smokers. However, there are 7pool tables in the bar, which fits Terry’s demographic – older and male. They could have pool leagues, tournaments, and contests. Jon makes fun of Terry for playing pool all day instead of running the bar, although he’s skilled with the pool cue. 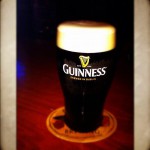 Jon then explains that Terry is losing $2,000 a month, his ex-wife can’t leave, and here he is betting $100 on a pool match. Jon then wonders if he’s a hustler, or an idiot? He’s taking money from potential customers in his restaurant, Phil explains. If Terry wins the game, he’s a hustler, and if he loses, he’s an idiot because he cannot afford to lose $100. The bar is unanimously agreed upon to be in chaos.

Jon explains that he wants to send in a spy who knows what they’re doing and can even check about the billiard situation. Vic Vegas himself puts a hat on and heads into the bar, intent with getting a pool game with Terry. Jon has a two-way radio with Vic Vegas, and commands him to head into the 3,200 square foot bar with 1 POS, 7 pool tables, and an empty stage. Vic enters and orders the best draft beer, which the bartender says would be Guinness. Vic tries to order food, but they do not have a full kitchen and only have a drop fryer for “bar munchies.”

He then orders chicken wings, onion rings, and offers the women sitting next to him some fried mushrooms. Vic then asks the woman sitting next to him if she knows Terry, to which she calls him an idiot. Vic asks if anyone plays pool for money, and the woman says sometimes but it’s namely league. Vic meets Terry and drops it on a little thick that he knows about the hustle act. The two agree on a match for $100, and Terry agrees to take the bet. Even the customers act surprised that the bar has wings, so what is the point of having wings if nobody knows it? Unsurprisingly, the food all comes out greasy – it all tastes like the fryer.

At the pool game, Terry turns sour and aggressive very quickly. Jon then explains that he won’t let the two play the game to its entirety, and just wanted to establish that he will tolerate no gambling in the bar. Jon storms in, interrupts the pool game, and sets to work performing his bar rescue. 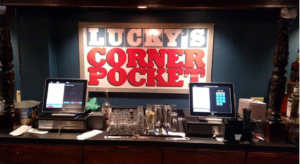 Since the Bar Rescue attempt in early 2017, things appear to be looking up for The Lucky Leprechaun. Now, the bar is known as Lucky’s Corner Pocket thanks to Jon emphasizing the billiards aspect of the location. The bar has a plethora of fried food and a brand new kitchen set-up, which includes a drop fryer. They serve chicken wings, $1 Nathan’s hot dogs, fried mushrooms, onion rings, and a whole lot more. There is even karaoke on a weekly basis, but a lot of reviews complain about the loud karaoke.

Now, Lucky’s Corner Pocket has a solid 3.3 star rating on Facebook (across 30 different reviews) and an average 2.9 star rating on Yelp (across 12 different reviews). Most reviews are critical of the smoky atmosphere – Jon installed an ozonator, which eats up the smoke and filters out fresh air. Despite this, things seem to be looking up for Terry and Georgiann’s finances.