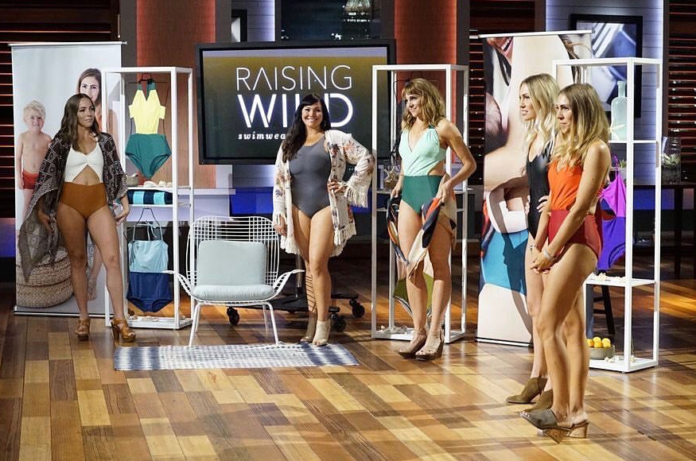 Tara Hyde and Shelly Hyde are sisters and best friends from St. Cloud, Florida. They have always been partners in crime – from teaching each other how to swim to cutting each other’s bangs, they knew they made a good team. Now they have four children each, nothing much has changed. They’re continuing on all of their adventures, they just have four little wild ones with them. Their products empower women and mothers, just like them, to beautifully and confidently enjoy life to the fullest.

Being a mom and a business owner require a lot of the same overlapping skill sets – it’s hard and exhausting. At the end of the day, you need to get the children in bed, and more work comes after that, but it’s all worth it. They have invested their own money, as well as tons of time, into Raising Wild, but it’s just the two of them handling everything. They need another set of hands to step up and help, but without the help of the Sharks, their business may not succeed. The moment they’re about to approach is the most critical in their business’s life yet.

Tara and Shelly step into the Shark Tank, clad in what appears to be either swimsuits or lingerie. Mark Cuban himself grins and tucks his phone away as the two introduce themselves as Tara and Shelly. The two have traveled from St. Cloud, Florida, to the Shark Tank to seek a $100,000 investment for 20% equity. Their company, Raising Wild, was inspired by the pair’s youth. They were raised in Florida and did activities like lobster diving and rope swinging, and as a result, they spent their entire youth wearing bathing suits.

Shelly and Tara now have four kids each, and they haven’t slowed down any. But the suits of today can’t keep up with them because they aren’t kids anymore. Their need of a swimsuit has completely changed, so they have designed their own bathing suits for fit, fashion and fun. Raising Wild is the perfect solution to the swimsuit struggle for women like them. Their cuts and colors hit at the right places to compliment a beautiful variety of body types. But what really sets Raising Wild apart is the functionality – they’ve lengthened the body and coverage of the booty to allow for freer movement. They even have nursing-friendly suits.

Tara and Shelly were raised in a family of 12 brothers and sisters. With the two sisters are three of their Mom Models, as well as three of their older sisters. With this, Tara and Shelly are certain that Raising Wild empowers women to do anything, including an investor’s pitch in front of a room full of “hungry sharks.” The two women slip into something more professional and samples are passed out. Robert jokes if they can see Barbara in a swimsuit, who then jokes that she only wears bikinis.

Barbara then asks how the two sisters started the business. Since the two were raised in Florida, they were always on a swimsuit hunt. When they became mothers, they were still looking for bathing suits. However, the reason changed for the two of them – now, women are active more than ever. They still wanted to have an edgy, sophisticated look without their behind hanging out the back. Barbara remarks that she’s a little surprised the two sisters couldn’t find any suits, especially down in Florida.

Robert then asks how much the suits cost. The bathing suits range between $130 and $156, which is about twice as much as your average $60 swimsuit. The average cost, per swimsuit, is $38, which is a great margin – 250%, roughly. The total sales for Raising Wild are $130,000 in the lifetime, which is not horrible according to Mark Cuban. The majority of their sales are direct to consumer, and the only marketing they have done so far is social media. 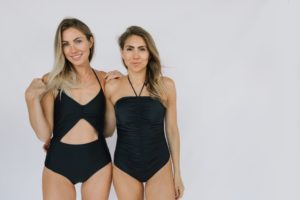 Mark asks about their vision, and Shelly says that she believes it can go “huge.” Mark points out that huge is not a number, and they only have around 800 customers. How do they move to 8,000 customers from 800? Tara feels that if they put money into marketing, they can reach more customers, but Mark points out that you need to have a strategy in order to wisely spend the money. They need to have tested it and know what works in order to get results. Robert then asks about their careers before they were mothers. They are moms, which “pretty much means they are good at everything they do.”

Kevin then explains that they have definitely not done any formal work in this industry, and he iterates very clearly that there is “no chance in hell they’ll get $100,000 from any of the sharks.” This is because there is nothing to invest in – at the end of the day, Shark Tank is about making money and investing in companies that provide returns. Ultimately, Kevin does not feel like he will receive any returns from Raising Wild, and he is the first Shark out of the deal.

Right now, Raising Wild is producing women’s suits and plan to expand to children’s. They explain that they have a “captive audience” of mothers that have purchased. Mark then says that the two have to be cautious, as they said that they were good at designing suits and selling them. When you talk about growth, you talk about adding new lines, expanding marketing, a retailer deal – all of which takes this away from organic growth. You go too wide too fast, and your business is over. Mark is the second Shark out of the deal.

Lori then says that the two women have a long way to go and a lot of work to do, so she is the third Shark out of the deal, leaving just Barb and Robert. Robert explains that the journey of a thousand miles begin with a single footstep, and catering for swimsuits strictly because they’re mom-oriented does not seem sustainable. This is a very tough market with some very big players, and while he wishes them the best, he’s out of the deal. It’s just too soon for him.

Barb is the sole remaining Shark interested in investing. Tara says that they don’t intend to stop, and would love to have a strategic partner that could give them an infusion of cash. Barb explains that every entrepreneur comes into the Shark Tank with a burning passion, but it’s always early in the game. It’s never passion enough, and while she totally believes the two are totally committed, she needs something from their past that can help her feel as though the two have accomplished something in the business world. 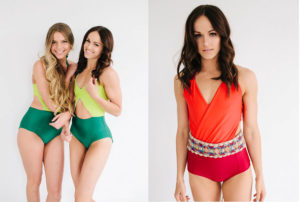 Tara then says she had a son that was diagnosed previously with ADHD, and tears up as she does so. Her son was given a reading and writing disability, and Tara was told that it would be years before he would be at grade level. They should have held him back, but they spent all their extra time after school helping him. They took him to early classes, and the effort finally paid off – her son is reading above his grade level and he’s the second highest grade in his math class. While Tara does not necessarily have a business background, she can work harder than any person that is doing the same thing. She feels that she has proven that.

Barbara says that she couldn’t have hit on a better story, although it has nothing to do with business. When Barbara goes home, she spends an hour and a half with her child, Kate. Her daughter has a reading disability as well, but her daughter has confidence to the moon because her mom’s support in her. Tara could play that hand out and stay with it, and this might be one of the most underestimated accomplishments in life. Unfortunately, there is just too much wrong with the business.

They have a mom-niche that is simply way too narrow because it’s just a “mom” play. She just isn’t seeing any of the plays that really work out, and these are large obstacles to overcome. Despite this, Barbara intends to make an offer, albeit a rather greedy offer. With four Sharks out of the deal, Barbara is Raising Wild’s last hope. Kevin then says that he feels bad things will happen – Barbara offers, in exchange for 51% of the business, an investment of $100,000 (a majority stake/controlling share). This offer is contingent on the suits being sold for $99, at which she feels they’ll fly off the shelf. On top of that, she wants them to name each of the swimsuits after one of their sisters and have that sister model it. It’ll be really cool to have a huge family you can take advantage of. 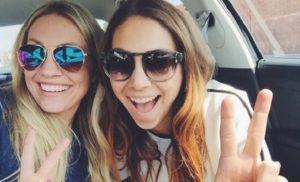 Tara and Shelly feel like they have worked too hard for the company, and it’s hard to give up part of their baby. In response, they offer 35% for $100,000. Barbara thinks about it, and offers a 50/50 split for $100,000. The two need an experienced, guiding hand to lead them to success. However, Barbara can offer credit lines if the two need more cash. In the end, the two of them agree to take a partnership with Barbara, agreeing on $100,000 for 50% of the business.

Raising Wild After Shark Tank – Where is the business in 2017?

Raising Wild continues to successfully operate to this day. Tara and Shelly have agreed to work with Barbara, and all of the swimsuits listed on the online store are modeled by their respective sister and named after them. The suits have dropped in price, with the average women’s swimsuit costing around $100 – $120, while children’s range in the $60 – $80 price point. With that said, Raising Wild is not yet available at any wholesale locations, although the women have posted an email address where any prospective retailers can get in touch with them.