This one is going to take a little explaining for any of the readers out there who are over the age of twenty-five or so. BOONK is an American comedian and musician. He is most famous for his Instagram account, on which he films himself pranking people, stealing from people, committing crimes, and generally causing chaos. It’s like a surreal art project in that it is impossible to tell where reality and fantasy are separated; some of the stunts are clearly staged, but with others it’s impossible to be certain.

However, BOONK is not just a joker, and it was his savvy business sense that has allowed him to build a substantial bank account for a kid his age. He did this by pivoting from Instagram videos to a music career, endorsements, and other media opportunities. If BOONK has his way, we’ll be hearing a lot more from him in the upcoming years. If you’re sick of him already, too bad. He’s likely just getting started.

How Did BOONK Make His Money And Wealth? 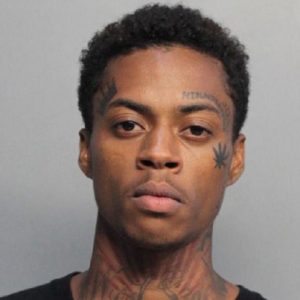 I’ll preface this article by saying that BOONK is probably the least wealthy person that we’ve written a celebrity net worth article about recently, but it is worth taking a look at his earnings in order to examine how young people are making money on the internet these days. BOONK, actual name John Robert Hill Jr., was born on August 3, 1996, which puts him at twenty-one years old at the time of writing. He was born in Jacksonville, Florida, but these days he travels around a lot, promoting his music and his personal brand. His mom is named Simona Ariel and his dad is John Robert Hill Sr., of course. He’s around six feet tall and is covered in tattoos. He has spoken discussed his turbulent childhood in interviews. He has an incredible fourteen brothers and sisters, which includes eight siblings from his father’s side of the family and six siblings from his mom’s. He was raised by his mom and her later husband. He has recently said that he never got along with his family, and does not speak to them. He moved out of his family home when he was seventeen and never looked back.

It’s surprising to consider now, but BOONK was a promising athlete as a high schooler. He also supported himself by working at a Popeye’s. He started writing and recording rap songs when he was a teenager, and he also started making his own rap and comedy videos and posting them on his social media accounts. It was his comedy videos more than his rap that found an initial audience, as he quickly racked up views and likes across various platforms and currently has more than three million followers on his Instagram account, who delight in his ridiculous and often mean-spirited antics.

BOONK’s music career came slower than his social media fame, but it is now solidly on track, as he has millions of YouTube views on a number of recent singles. However, he has been making music for a long time. He put out his first album, Atypical Latin Groove, back in 2009 on Amazona Records. Recent singles of his include “Muttin,” “On EM” and “Back Den,” all of which have over a million views on the Wordstarhiphop YouTube channel. He also has his own mobile game, “Boonk Gang: The Video Game,” which came out a few months ago for both IOS and Android. I haven’t played the game, but I’m pretty sure it involves stealing things from people and yelling his famous phrase “Whole lotta gang sh*t!” In addition to the money he makes from YouTube views and his record deal, he sells online merchandise, like hoodies, t-shirts, and hats. His ability to turn funny videos into profit is a great example of how young people these days have found the ability to monetize the time they spend on platforms like Instagram.

Though BOONK’s social media efforts have made him omnipresent 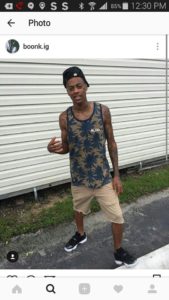 in certain corners of the internet, he has done a good job of keeping his personal life private, and so it’s very hard to find out anything about his life, or his friends, or his romantic relationships. However, on an interview on the YouTube page No Jumper, BOONK said that he is stressed out because he was dealing with a lot of “baby momma sh*t” as an explanation for why he turned to drugs. This means, which he almost certainly isn’t married, there is at least one significant woman in his life who is causing him stress.

Does BOONK Have Kids?

The above quote about “baby momma sh*t” makes it clear that the twenty-one year old does indeed have at least one child. It makes me nervous to think of what kind of a father this screaming, thieving man from the Instagram videos would be like as a father, but it seems likely that most of his Instagram persona is just an act to draw attention, and that he is far more calm in his day to day life. Again, not that much is known about BOONK’s personal life, but if he keeps racking up millions of views on his singles and is able to put out an album that people like, it seems likely that he’ll draw more and more media attention, and that soon we’ll know all about him and his personal life.

Where Did BOONK Go To College? 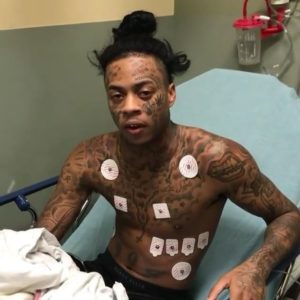 Like many young internet-based entrepreneurs, BOONK eschewed traditional postsecondary education in favour of building his own brand and marketing himself online. There’s certainly something to be said for the kind of ambition this requires, as it can be scary to go at it alone without the security of higher education. BOONK, it seems, truly believes in himself and his musical talents, and it has paid off for him so far. A $150 000 net worth is a whole lot more than most people his age can boast.

Where Does BOONK Live?

BOONK’s current living situation is unknown, but hopefully wherever it is, he treats it better than the establishments that he trashes for his videos. We do know that BOONK currently lives in Miami Gardens, which is a suburban city in southern Florida, not too far from Jacksonville, where he was born and grew up.

How Much Money Did BOONK Make Last Year?

BOONK’s net worth has been steadily increasing over the past few years, culminating in $120 000 of earnings last year. It’s definitely impressive that he managed to make so much through his Instagram and YouTube pages, and it would definitely make anyone who went through, say, college to become a teacher annoyed to think that they could have skipped out on the studying and made way more money making silly videos. The previous year, in 2016, BOONK made only $30 000, which is still not bad for an online star. Seeing as how he quadrupled his income from 2016 to 2017, it really seems as though sky is the limit for BOONK.

BOONK’s Troubles With The Law

Because many of BOONK’s videos show him gleefully breaking the 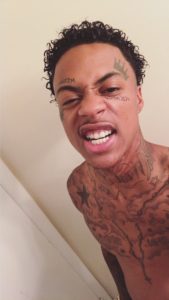 law—like a video of him stealing a Kevin Durant jersey from a sports store, or constant videos of him hopping behind the counter of fast food restaurants and stealing food, or videos of him robbing people point blank at ATMs—it can’t be surprising to anyone that he has had some trouble with the law recently. In typical BOONK fashion, even his run ins with the law are comedic. Earlier this year, he was arrested for stealing a tray of donuts from a Florida Dunkin Donuts. He was charged with burglary and petty theft, and given two months of probation. After he violated this probation, he actually had to go to jail for two weeks. It’s clear that if he wants to continue earning the big bucks for his stunts, he’ll need to find a way to do so that doesn’t put him behind bars.

In a candid and fairly intense interview on No Jumper, BOONK admitted that he had been taking outlandish amounts of substances in order to distance himself from personal problems, including difficulties with his family. He said that he noticed that the drugs were taking a serious toll on his life when he was trying to play basketball with his friends and found himself unable to jump or even to run normally. He was taking large amounts of Percocet and Xanax, which he says he was using in order to get in a more crazy and alive state of mind that benefited his videos.

BOONK said that, after this incident on the basketball court—which was especially worrying to him because he had been a good athlete when he was younger—he decided to make a change in his life and to abstain from all drugs and live a sober lifestyle, not even smoking marijuana, which he had used as a crutch when he was too stressed out for years. It seems safe to say that the combination of his ambition, musical talent, natural sense of humor, and newfound sobriety, BOONK has everything he needs to continue to build his net worth and become an influential presence in both music and comedy.