Entrepreneurs Scott and Aiden met as Google employees. Scott was developing a prototype for his daughter that would capture her attention and keep her interested in coding. That prototype became Bitsbox – a coding subscription box for kids. The two decided to quit their jobs and work on the business full time. 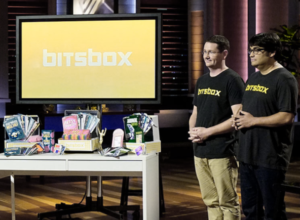 Scott Lininger and Aidan Chopra walked out onto the stage and into the Shark Tank with a 10-year-old girl in tow. They introduced themselves and said that they were from Boulder Colorado. They were seeking $250,000 in exchange for 3% equity in their company, Bitsbox. Mark Cuban exhaled sharply. They were asking for an enormous valuation. Aiden began the presentation by claiming that Bitsbox was the most creative way to teach kids how to code, which would change their lives forever.

Scott insisted that it was not enough these days for kids just to know how to use computers, they need to learn the language of them. He explained that that language is called coding. Aiden told the Sharks that coding was a golden ticket to a terrific job and a great future. He said that coding was something that anyone could learn.

Scott said that the challenge was not in getting kids interested in coding, but keeping them there. That’s why they invented Bitsbox. They were offering a subscription service that would act like a present that came in the mail each month. It would come packed with coding lessons that kids would be excited to play. Aiden said that was why they brought Grace with them to illustrate how the subscription service worked. The young girl was sitting at a desk in front of the computer. Aiden explains that she had just gotten her new Bitsbox in the mail, and she was super excited.

He said that this month, it just so happens that there was a Shark Tank app in the box. Grace demonstrated typing out the instructions in the app. Scott explains that there were basic instructions which the kids could then build upon. He told the Sharks that Grace was pretty advanced, so she had built the rest of the challenges in the Shark Tank App. Scott said that she made a full video game out of it. The video screen showed little pictures of the Sharks’ heads bumping around on the screen. When they collided, they popped. The Sharks all seemed impressed. Scott ended the presentation by asking the Sharks who wanted to help them change the world.

Robert told Grace that they’d had the same conversation about diseases over lunch with Kevin. He then asked Aiden to tell him more about the business and of Bitsbox. Scott explained that the Bitsbox subscription cost between $20 and $40 depending on the options that you choose. Robert wants to know how long someone would have to sign up for, and Scott told him that it was up to the consumer. They would have the option to sign up on a month-to-month basis and cancel anytime or pay for a full year in advance. He told the Sharks that the $40 box was the full kit. You also got a toy that matches the theme of the box.

Robert asked what the age range for theBitsbox was, and Scott explained that it was somewhere between six and 12 years old. Mark Cuban wants to know what it cost them to make a box. Aiden informed him that it costs $10 at the moment, but that cost was due to the small-scale of the business. Once they got big, they would be able to produce the components much cheaper.

Lori asked what their sales look like. Aiden let her know that they started the business two years ago, and had done $1.3 million in revenue so far. They’d also hired a team of five full-time people. They were currently losing money, but they were looking to be cash flow positive by the end of the quarter. Chris wants to know more about the background of the two entrepreneurs. Aiden told him that he and Scott met when they both worked at Google. Scott worked on a prototype for the coding box when his daughter was seven.

The two entrepreneurs decided to pursue Bitsbox full time, and quit their jobs at Google. Robert asked if they’d already done financing for the business. Scott let him know that they’d borrowed $550,000 at a $4 million pre-money valuation. Kevin wanted to know why they raise the price at a value of seven when they came on Shark Tank. He saw it as a sign of disrespect.

Scott insisted that it wasn’t. He told Kevin that they figured out the number by taking all of their revenue so far and multiplying it by 10. Lori told him that they had a great product and that they had done a great job of presenting Bitsbox. She said that she was going to clear the field for all the other Sharks who had more experience in the subscription business than she did. Lori went out.

Kevin said that he also saw the value in products, but he wanted to watch Mark Cuban and Chris Sacca beat each other up trying to fight for it. He went out. Aiden looked alarmed and said that they hadn’t heard from Robert yet. Robert said that he did know the space, but he didn’t want to be in it. He said that he wasn’t going to make an offer at this time, and he went out.

Mark said that he was going to make it easier on Chris. He said that the product was phenomenal, and he admired their goal. He thought that they made good progress so far, but thought that to scale it to a meaningful amount was going to be difficult. He sought needed more and more capital and getting more expensive. Mark went out.

Chris smiled wolfishly and said that he loved being in this position. He was the only Shark left. Kevin advised him to go savage on equity. Aiden tried to appeal to him being a fellow Google employee. Chris said that he recognized the potential of the company and knew its importance for the children of America. He decided to make them an offer for the $250,000 that they were requesting at a $5 million valuation.

Aidan let him know that they had many other investors, and they wanted to do right by them. Chris asserted that none of the other investors were Sharks. And said that he knew the value of having Shark on their team, but also knew that dilution was the real thing. They wanted to do right by their investors, and not devalue their part in the business. Chris said that he need to own enough of the business in order to get really thrilled about it. Chris asked them if they were going to press enter or delete on his deal.

They ended up arguing a bit equity over. They came back on Chris’s offer with the valuation of $7 million instead of the initial $8 million they’d been asking for. They did this after showering Chris with praise, which he saw as false after they came back with a valuation that he didn’t like. Aiden and Scott talked for a bit and then offered him $6.25 million as a valuation. That would be a 4% equity stake in the company. Chris pointed out that their last investors came in at $6 million, and wondered if they were really nickel and diming over $250,000.

Kevin explains the deal to the entrepreneurs. He said that they might be able to get Chris back in if they went in at $6 million. Scott asked him if he would be in at that price, and Aidan helped him out by saying that he realized that Chris was offended, but it wasn’t malevolence on their part. It was ineptitude. He said that they would love to work with him. Chris said that he was worried that they were nitpicking every little thing. Aiden tried to offer him 4.75% equity, and Robert asked him why they couldn’t just do the 5%. Aiden said that he would be willing to offer him 5%, and he checked in with Scott. This was clearly the wrong thing to do.

Chris let them know that fractions of decimal places matter if you’re landing a rocket on the moon, but not so much in equity. He said that they’re nitpicking over that stuff when they were just starting out the business said that their focus and priorities might be in the wrong place. The equity didn’t matter a hill of beans at the end, and they were not focusing on the long-term. When Aidan was trying to get an answer from Scott, Chris went out. They were still trying to negotiate, but Chris let him know that he was out for real this time. Let’s take a look at how they did without a deal from the Shark Tank. 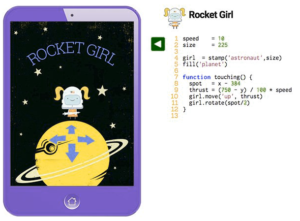 In an article on their blog entitled “We didn’t get a deal on Shark Tank, so why are we so happy?” Scott and  Aidan revealed that they have been doing well since their segment aired on February 17th. They were able to raise the cash they needed from other investors. They used some of it to hire 3 new full-time team members. The Shark Tank effect gave them 3x the business and made them one of the top companies that help kids learn to code. If you are interested in getting a subscription to learn a great life skill, click here for the Bitsbox website.