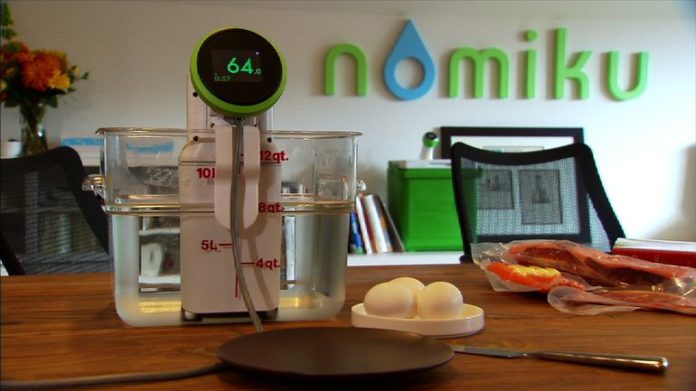 Stepping into the Shark Tank are a duo of entrepreneurs. Their company supposedly makes gourmet cooking a breeze. Entering the Shark Tank are the entrepreneurs of Nomiku, and they are Lisa and her husband, Abe. They are the founders and hail from San Francisco, California. They are seeking $250,000 in exchange for 5% in their business. The top chefs of the world have a secret tool – sous vide is a method of cooking where you take food sealed in a vacuum-tight seal, then submerge it in hot water. This method is tucked away in a chef’s arsenal since it allows you to make perfect dishes conveniently and efficiently.

When Lisa worked at a top tier restaurant, she lusted after the sous vide machines. But they were thousands of dollars, so luckily she met Abe at the gym, which is where you pick up plasma physicists, right? He made a prototype just for her, which changed their lives. Now, they are changing the lives of home cooks everywhere with the first-ever home sous vide immersion circulator. Take any container capable of holding a few liters of water and fill it with water, then clip Nomiku on the container. You put your ingredients and seasoning into a sealable plastic bag, put the bag in the water, and enjoy the freedom of being able to do other things while it cooks. The app controls the time and temperature so that you come back to a perfectly-cooked meal.

With a little bit of TV magic, they have prepared some steaks. The steaks were cooked with the Nomiku. Because they were cooking at such a low temperature, it doesn’t have that delicious crust around it. So, to fix that, their demonstrative chef pulls out a blowtorch to crust up the steak. Mark asks how long the steak cooked for, which Lisa replies took about two hours. However, you don’t have to stand by it, so you can put the bag in and take care of other things.

Robert says that they are hungry Sharks and desperate to try some. Lisa has prepared a full course; they have some delicately-prepared shrimp cocktail and a perfectly-cooked steak, as well as a chocolate coconut custard. All of the foods were prepared with the Nomiku. Chris Sacca, the guest Shark, says that Lisa is a natural at selling and asked what she used to do before the business. Lisa explains that she was a chef, but since she has started Nomiku, she is the face of the company so she gives out a lot of general public talks. 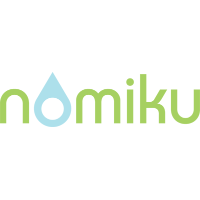 To go with the meal, Lisa has also prepared a vodka that has been mixed with a rhubarb strawberry and lime mixture, also in the Nomiku. The steak is fantastic, and all of the Sharks love the meal. Kevin then mentions that at some point, she was discussing the value of the business which was $5 million. She must have sales. Lisa affirms they do; the Nomiku has been available for purchase since 2012 and they have $3 million in sales. They have been selling the units direct from the website, and through online retailers. They just received a purchase order from Williams-Sonoma.

Robert then says that he is not a chef, so why would he make it instead of making it on a stove or barbecue? Lisa says that it’s one-button cooking, which is like a crockpot. Chris agrees you can set it and forget it. Kevin then says that he likes to cook and he likes cooking difficult meals, such as a calf’s liver. You do not want to overcook it, or else it will become tough and uneatable. Mark then asks what each unit costs, which is $199. In 2012, Lisa says they had a seeding investment round that raised $75,000 and raised another $2 million through investing notes just last year. The evaluation in the seed round was $6 million, and the note is a 10-cap (meaning being able to convert to maximum 10% equity in the company.)

All of the Sharks shift in their seats, now very interested in the company. Mark then says that he thinks it’s a great product but does not see the momentum that he thinks Nomiku should have. He also does not understand the industry, so Mark is the first Shark out of the deal. Lori then says that she has had sous vide before, and while she thinks it is interesting, she thinks a lot of people like to throw a steak on the grill and do not want to do a secondary step to char the meat. Lori is out, but she’s definitely interested in a customer. 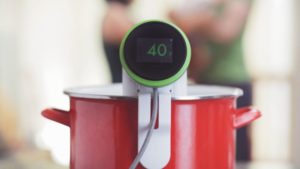 Robert then says that all the terminology of cooking is French to him. The idea of planning his meal like that is too foreign, and he likes to invest in stuff that he has a taste for. It’s not a market for him, so Robert is out of the deal as well. Chris Sacca then says that it doesn’t matter what the method is called, it all tastes delicious. However, he is curious how Nomiku got to the evaluation they asked for. Abe says that they expect to have $5 million in revenue in the next 12 months and their evaluation is consistent with other companies with the same revenue.

Basically, Kevin says, they won’t make much money for up to $5 million. Chris then asks if they are coming in under the potential market cap of the last brand, but Lisa answers that they know if they can bring a Shark on, they will be very hardcore and cutthroat in their market capture. This means that they see the value of having a Shark on the team. Robert is curious to see if Lisa and Abe could get a deal from one or both of them. One Shark is like a volcano, but two Sharks is like lightning striking that volcano. A shark-cano, if you would.

Kevin says that he has two constituents that he thinks this could appeal to – the first is Plated, which is a meal company that he invested in on Shark Tank. They would be supportive of a Shark-approved deal with Nomiku, he is confident. The other party is a quarter of a million people who have bought his wines, and they are all foodies. He makes the suggestions, they believe him, and he’s really good at it. He also has his own personal wine club. Kevin then extends an offer of $250,000 in exchange for 10% equity. Lisa respects the offer but looks to keep the floor open for Chris Sacca.

Chris then says that is 10% of the company, and he is curious if Kevin wants to take a board seat. Kevin just says that this business has a lot of risks, and Chris knows it. Chris is curious about the equity, and asks for more information about the notes. They had $2 million worth of investment come in on a document that warranted the company’s evaluation at $10 million. Later on, the price is $5 million, and when those people convert into the company, that $10 million cap comes down at a big discount. Those investors are going to own most of the company, and the founders won’t own anything anymore. Robert clarifies – in a deal with $5 million, how much will the investors own and how much do they own? Lisa and Abe own 51%, which investors owning the other 49%.

Chris then says that he believes Lisa is the package, and he loves her presence, her ability to handle the questions. She is an amazing entrepreneurial force, but as they talk about the terms of the deal, he gets worried when he sees a deal that leaves Lisa not owning much of the company at all. How does he get past that? Lisa then says that they are here with the deal to make it appetizing for the Sharks, which is why they offered so much. Chris then continues, saying that he does not want to work with people who do not own a large portion of their own company. Kevin then speaks up, saying that he is now out of the deal as Lisa and Abe look to Chris to make a deal. 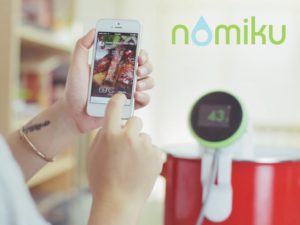 Robert says that’s the volatility of the Shark Tank – when you look for one Shark to make a deal, the others can cancel their deal. The best deals are the deals where everyone is excited to get out of bed, Chris says. Everyone will have a positive impact, so if they go and do the deal, Lisa and Abe would be diluted to owning less than 20% of the company. At the end of the deal, how much would the two of them like to own? This is their life’s work and passion, so they should be fighting as hard as they can to not give it away.

In the end, Lisa and Abe agree to a deal with Chris Sacca, all of which is contingent on Lisa and Abe returning to their board of investors to determine if the deal can be made valid.

While the health and success of the Nomiku as a business entity was not dependent on a deal with Chris Sacca, Nomiku is doing just incredible. Their devices can be found at both Williams-Sonoma and Amazon. Both of these are outstanding, but Williams-Sonoma has fame as a high-end cooking/kitchen accessory store.

Nomiku only has one model out, which is the WiFi Nomiku 100 Watt Sous Vide Immersion Circulator. This model comes in both a black and a white finish, but as of the writing, white is currently sold out. This model has been heavily discounted for the 2017 holiday season; the usual price is $249.99, but around this time of year, models are selling for $149.99. Amazon themselves is out of stock of the white Nomiku, so this is a pretty clear indicator that Nomiku is taking off and may be coming very soon to a kitchen near you.