What Happened To Claudia Christian? – 2018 Update 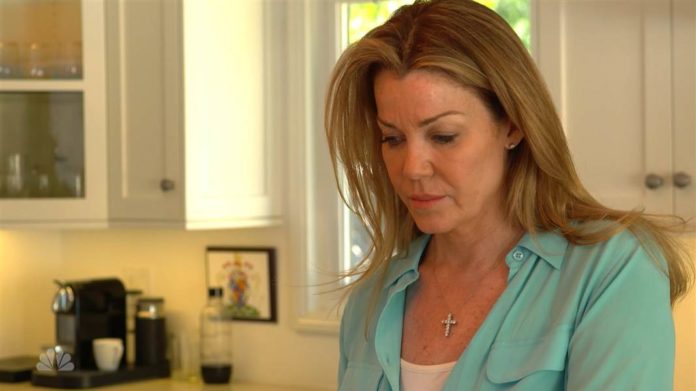 Doing a series on the cast of Babylon 5 sometimes feels like a conveyor belt of sadness. To quote G’Kar “Dead, Dead, Dead” etc. Thankfully this week I am looking at the life and career of Commander Susan Ivanova, played by the supremely talented Claudia Christian. Her career may not have hit the old B5 high in the years since the show ended, but she is a terrific performer and shows up in all sorts of places. Her VA work over the last decade has been top notch, and she has tried her hand at not only acting but writing, producing and directing as well. She also released a couple of records, one alone and another with other members of the Babylon 5 cast. They are pretty good.

So let’s see where Claudia Christian came from, where she’s been and where she might be going in the future.

Claudia Christian was born on August 10th 1965 in Glendale, California, but was predominantly raised in Connecticut. She got her start in acting at a young age, landing roles in both television and film in 1984, at the age of nineteen. Booking gigs did not seem to be a problem for her, with no less than six credits that year. It served as a nice jumping off point, and by 1985 she landed a major role in a short-lived drama series, Berrenger’s. The show only ran for 12 episodes, with two of them remaining unaired in the US, but it was screened in the UK and Australia at the time, gaining a bit of a following.

Her career floundered a bit for a time, with no other major credits to her name before the early nineties. Not to say that she wasn’t getting work, quite the contrary. Between 1985 and 1992 she appeared in several dozen shows, either in a cameo or with guest roles. I have looked into the average pay for guest roles in this time period in general, and while it wasn’t huge by any stretch of the imagination, we are still talking the guts of a hundred grand a year off of acting roles alone. Getting away from myself there, spent the last few months doing Net worth articles. 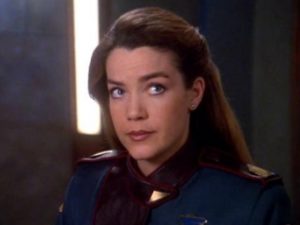 In the early nineties, Claudia bounced between a number of low rent projects, B-Movies and the like, before nailing the audition for what seemed to be another one, Babylon 5. Instead what she got was a stable job that would run for five years. She played Commander Susan Ivanova, a hard as nails officer with secrets. She was a character stuck, and over the course of the show was used to explore themes of love, though more specifically unrequited love. There were plans in place to have her and Andrea Thompson’s character get together, which would have been a pretty groundbreaking pairing for the mid-nineties, beating out Buffy and their lesbian romance by a number of years, but Thompson left before that came to fruition. A shame, but Claudia was given plenty to work with without that.

She left the show before the final season to pursue other projects, which was a shame, she was set to replace Sheridan as the commander of the station, but it’s understandable. What was to have been the fifth season was squeezed into season 4, as there were fears that the show would be canceled, but renewal came through and there was a mad rush to write new material. It came out okay, but I do not blame Claudia for wanting out. She moved on to other things, and while nothing would really match the heights of B5, she has put in excellent performances across the board. In 2000 she appeared in two episodes of the unfairly canceled Freaks and Geeks, and by the mid-2000s she established herself as a voice-over artist.

Her work in voice acting has been great, and there have been at least a dozen times where I have been playing a game and gone, “Where do I know that voice from?” She has worked on a number of Bethesda games over the years, playing several lead roles in Skyrim, she’s the blacksmith in Whiterun, the woman who tells you to walk to the chopping block and a whole lotta other people, and in Fallout 4 she played Desdemona, among others again. Other video game credits include Halo 4, Call of Duty, World of Warcraft and Starcraft II.

She has had her fair share of problems, alcohol being chief among them, and is a spokesperson for The Sinclair Method, a program designed to help alcoholics. She attributes this program to saving her life. She is the founder and CEO of the C Three Foundation.

What is Claudia Christian doing now in 2018 – Recent Updates

In recent years, her film and television work has slowed, but she is set to appear in three projects in 2018, including The Pipeline, Runestone, and Dirty Deed Con Men. Claudia Christian also does a few convention appearances per year, though if you want to meet her you’ll have more luck if you are a doctor, or attending one of her talks on addiction. Going forward I think we can expect her to continue making TV and film appearances, as well as more video game voice-overs.