The Kooler After Shark Tank – 2018 Update 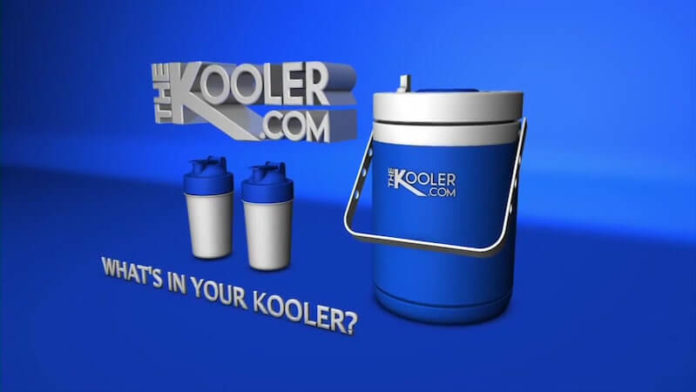 The Kooler before Shark Tank

Before this musclebound entrepreneur even enters the Shark Tank, he performs squats in the back room and flexes his muscles. Finally, he enters. With him, he brings his business that promises to be the better way to keep things cool. Also with him is a massive weightlifting title. He is Stan Efferding, and his company is The Kooler. He is asking for $50,000 in exchange for 15% of his company. He is an IFBB professional bodybuilder and world record powerlifter. He is known throughout the industry as The White Rhino, and he is the reigning title holder of the Mr. Olympia’s World’s Strongest Body Builder.

He has been training professionals and athletes for more than 20 years. He tells his athletes if they want to press a 200-pound dumbbell overhead, which he then proceeds to do and even lifts it up far above his head, then they better get proper nutrition before the workout. If you want to deadlift 600 pounds, which he also performs for the Sharks, then you’d better stay hydrated. And, if this wasn’t enough, if you want to flip an 800-pound tire – of course, which is also flipped, causing Mark to jump in his sheet with a comical effort – then you better get plenty of protein to recover from your workout.

This is why Stan invented The Kooler. It’s the world’s only cooler within a cooler. It contains a double-wall, insulated gallon that the person can drink while exercising or throughout the day. If post-exercise nutrition. The ice water goes in the bottom, and when the shakers go in, the water keeps everything cold.

The Kooler on Shark Tank

The Kooler keeps three drinks together in one ice-cold container. So, with the help of the Sharks, who else can start a cooler business? Together, they can crush the competition. Stan then dispenses samples out to each of the Sharks. Robert first says that they are fairly heavy, even heavier than they look. Robert then says that he can totally see the supplying to heavy-duty lifting people since they always have a lot of containers. However, he is curious if your average Joe would use it. Stan then says that he believes the average person would use it since he sees people at the gym all the time with gym bags loaded with different drinks.

Lori then speaks up and says that the average girl should also be included, but when you also think inversely about a product, you want to have it to be convenient for a broad mass audience because that’s how you get better sales. Kevin then says that he senses skepticism amongst the Sharks, and asks for sales numbers. With only 16 months on the market, The Kooler has sold more than $120,000 worth of product. He has a national distributor, one of the largest in the country, that has 7 regional warehouses that supply 30,000 locations. These locations include GNC nutrition, The Vitamin Shop, mom and pop stores, and a whole lot more.

Kevin then asks about online figures, which Stan says half of his sales are online. Each unit costs $7 to make, and he sells a unit for $32.95. He has made some decent money, but so far, he is break-even on an aggressive travel schedule. He’s going to different shows and expos. At these places, he expects his customers to be bodybuilders and weightlifters, but in reality, half of the consumers are moms and dads, children, police officers and firemen, all who are on the road. There are 30 million kids a year that sign up for sports. Mark then asks about the biggest challenges Stan has had. The biggest challenge is that when the unit sits on a shelf at a store, you can’t tell what it is or what it does. He has to touch every customer.

Stan’s new plan is to utilize an infomercial or a QVC-style presentation to show them the benefits of the product and explain how it works. He can reach thousands of peoples at once. Stan is very busy, but he has turned three start-up companies into multi-million dollar businesses. He also started an engineering firm that did $5 million in gross sales. He became a silent partner in that firm a year and a half ago so he could focus full-time on The Kooler. Kevin then admits that Stan is impressive and at first, he thought he was just your generic meathead type guy. However, he has a very impressive background and he loves the passion. Stan is essentially the brand of the company, but this is an extremely vertical and niche market. Kevin doubts he can make money. While he likes Stan, Kevin is the first Shark out of the deal.

Mark then says that he thinks The Kooler is a good idea and he knows how to sell it, but ultimately, Stan is missing a catalyst. It’s going to take that accelerant and a year of hand-to-hand combat (metaphorically speaking) to get The Kooler to sell. Mark is out of the deal next. Lori then speaks up and says that when she invests in a product, she likes a product that she can sell to all her customers. The Kooler is very, very niche. She goes back to how Stan had spoken of using an infomercial, and infomercials are extremely difficult. Nine out of ten fail, and with The Kooler being on QVC, she just does not see the audience as being a heavy-QVC audience. Lori is the next Shark out of the deal.

Robert says that he sees the opposite – he thinks Stan is taking a niche product and making it appeal to too wide of a base. He wishes the base was more hardcore, but unfortunately, he is the next Shark out of the deal. Daymond is the only Shark left in the deal. He thinks before starting to speak. While it may not look like it, Daymond has a lot to do with fitness. The Sharks joke that Daymond is the “before” or the inverse of Stan. However, he does extend an offer. The offer stands for $50,000 in exchange for 33.3% ownership in the company or a third. Stan says that this is a fair offer, but before he makes a final decision, he has to ask “the big guns.”

Stan looks down to his muscles and asks them what they think of the deal. The Sharks burst out laughing, and Stan has secured a deal with Daymond for The Kooler. Kevin mentions that The White Rhino, Stan’s bodybuilding nickname, now has a deal with The Black Rhino, who is Daymond. Daymond jokes that he and Kevin are better off to never have a disagreement again, thanks to his new partnership in The Kooler.

The Kooler After Shark Tank – 2018 Update

The Kooler is in a very interesting limbo – although it’s available on Amazon, it’s available from only a very small number of sellers. These three sellers are nutrition-based companies, which raises quite a bit of concern as to why Stan and Daymond are not working on their own fulfillment companies. With that kept in mind, The Kooler is suffering from very poor reviews. Out of 74 customer reviews, The Kooler has only managed to keep a 3-star rating, giving it an average 50% review. Most of the reviews have mentioned leaks, and numerous products have even arrived with a crack in the main chamber. The spout is also defective, and many people have said that it will even leak all over you. Apparently, the entire thing suffers from a cheap quality and many potential customers have been driven away.

Although The Kooler is hard to find in any brick and mortar stores, it is available in black, green, and red. It’s hard to say if the company will stay afloat, as poor reviews on Amazon can typically sink a potential hot item. The Kooler has their own website, which seems more like a front for Stan Efferding himself than a website for purchasing The Kooler. However, a new Kooler 2.0 has been released with 5 improvements, including a carabiner attachment and storage pockets for vitamins. The Kooler 2.0 can only be purchased from Stan Efferding’s store, so it’s hard to tell if the new model is a big improvement over the old model.