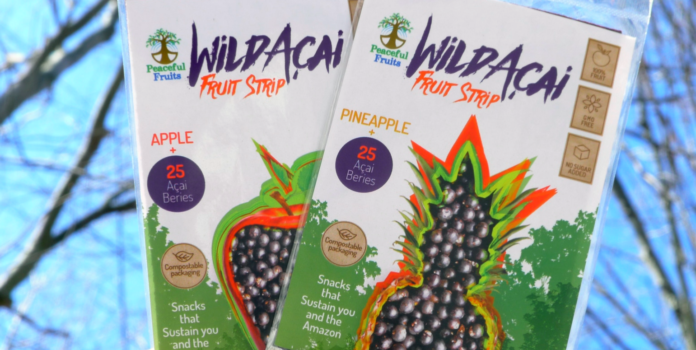 Evan was a member of the Peace Corps for two years. Around that time, he decided that he wanted to help people get healthier with açai Berry snacks, and also help the community that he worked with. Peaceful Fruits fruit snacks were born. In August 2016, Evan was able to raise over $20,000 on Kickstarter, which was twice his goal. Let’s take a look and see if the Sharks would be as excited about this brand-new product that combines tasty, healthy ingredients with social enterprise. 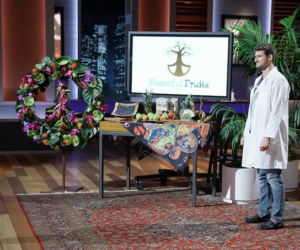 Evan Delahanty walked out onto the stage and faced the Sharks. He was wearing a white doctor’s trenchcoat over Peaceful Fruits T-shirt. He requested $75,000 in exchange for 20% equity stake in his company. Evan said that with the Shark’s help, Peaceful Fruits can make fruit snacks great again. He said that made his fruit snacks so great was the addition of a powerful superfruit called acai. Fruit is their main ingredient and they run whole fruits using an all-natural trade secret production process. He said that what you get is food that you can feel good about eating.

The other thing that really sets them apart is that he spent two years in the Amazon as a Peace Corps volunteer. Peaceful Fruits partners with the local people to harvest the acai berry in order to protect their way of life from extinction. Evan said that people were really connecting with the message behind the Peaceful Fruits and their origin story. He wants to do the same thing to fruit snacks that happened to organic produce, and fair trade coffee. He ended his presentation by asking the Sharks who wanted to take a bite.

Evan began to hand out samples of his fruit snacks to the Sharks. Robert asked which one was the açai. Evan corrected his pronunciation and said that each Shark was handed 2 flavors – the açai pineapple and the açai Apple. Lori asked him where he manufactured the product as the other sharks sampled the fruit snacks in front of them. Daymond said that the fruit snack that he was eating was good. Evan said he preferred best ever, but he would accept “good”. Evan told the Sharks that they produce the fruit Snacks in an industrial kitchen in Akron Ohio that was run by people with disabilities. He stated that they were able to make exactly what he needed because there are so carefully managed.

Evan let the sharks know that the Peaceful Fruits gummies were made in all natural process so they didn’t need any of the mad science that other gummy manufacturers do. He removed his coat and glasses. Mark told him that there were already a lot of people that were making fruit snacks based on the açai. Evan contended that Peaceful Fruits was the only one that used it as the main ingredient. Lori said that the açai was considered a very healthy thing to eat. Evan said that that was the case because of its cancer prevention and anti-aging properties.

Robert stated that he was going to clear the field. He said that he already had a fruit snack company, and he was listening to see if there could be some type of synergy with Peaceful Fruits. Unfortunately, he saw it as a competitive product. Since he was already in that space, he went out.

Lori asked Evan to explain a little about his background in the Peace Corps. He said that he would love to talk about it, and have brought some photos with him. He showed pictures of himself in the Amazon rainforest. Said that the people that he was helping subsisted on fewer than a couple dollars per day. That’s what made the product great from a social enterprise perspective. Evan insisted that the only way to do business was to make sure that everyone involved was getting money. Mark asked if they spoke English in that area of the rainforest. Evan explained that he actually spoke their language, along with 26,000 other people. He spoke a little bit of the language and seemed really natural with it.

Robert told Evan that he was one impressive dude. Evan thanked him but said that it hurt because Robert was already out. Kevin wanted to discuss the costs of Peaceful Fruits. Evan told the Sharks that he sold the product wholesale for $.85, and retailed for $1.25. He said that that was about in line with his competitors. Lori asked how much they sold so far, and Evan told her that he’d made $20,000.

Kevin asked if the product essentially sold itself. Evan said that it did, but since they were just starting out, he was willing to do demos personally. He said that he would essentially be living in that Whole Foods store, hustling to get the word out about this product. Daymond went out, saying that he didn’t have any interest in promoting the product. He felt like there was a new superfood out each year, so it didn’t have any staying power.

Evan said that he believed that açai had “staying” power, but he appreciated Daymond’s input. Mark said that he was a believer in the power of social enterprise. He believes that it was the future of capitalism, but the product needed to be compelling. Evan said that the social enterprise was a large part of what made Peaceful Fruits interesting. The açai was one aspect, but he was also working with the people in the Amazon to harvest the berries and working with people with disabilities to make the fruit snacks. Mark said that it wasn’t immediately obvious with his branding, and the risk-reward just wasn’t there for him. Even though Evan was trying to talk to him to explain, he went out.

Evan repeated that social enterprise was the root of all businesses – or at least it should be. He said that things need to be sustainable in order to be able to find places to spend the money that they made in business. Kevin said that he loved the story, but they were back in America now. He said that the amount that Evan was asking for, $75,000 in exchange for 20%, was not crazy but also was not enough to get the business off the ground. Evan said that he would be willing to listen to a higher offer, but Kevin said that it wouldn’t come from him. He went out.

Lori told Evan that he was a great entrepreneur, but his competition in the fruit snack arena was huge. She told him that the investment in the fruit snacks was not the right one for her. She still believed that he was going to make himself successful. She went out. Since she was the last Shark to go out, Evan thanked all of them and walked off the stage. 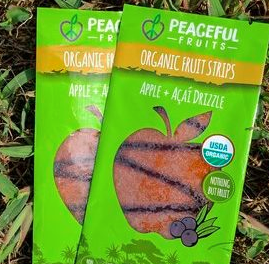 According to an article on Cleveland.com, Peaceful Fruits was able to cash in on the Shark Tank effect even though they did not get a deal. Once their episode aired, they more than tripled their sales from 2016. They even got almost 1000 orders on their website during the airing of their episode segment. Thankfully, Evan realized how powerful being on Shark Tank could be for business, so he made the preparations that were necessary. Still, he found himself having to work 19 hour days.

Since the airing of the episode, Peaceful Fruits has added nine different flavors to their arsenal. The snacks are available on their website, as well as in small stores across the country from Ohio to Oregon. If you’d like to find Peaceful Fruits in a store near you, their website has an information packet for you to bring with you to the store. According to a blog post that updates their customers on their progress since their Shark Tank episode, Peaceful Fruits has quintupled their production capacity. Even though they have increased production, and are growing at a rapid pace, they haven’t sacrificed their values. Check out their website by clicking here.