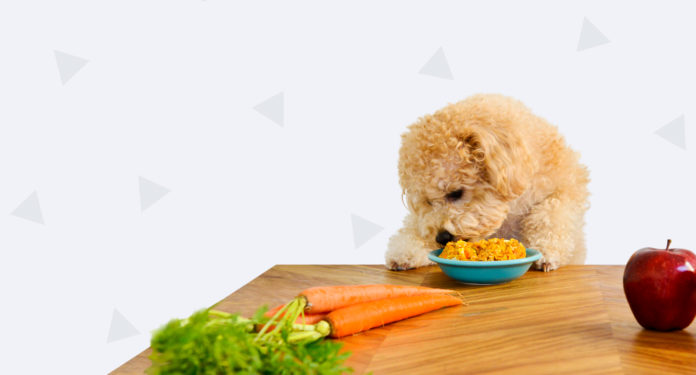 Ronaldo Webb grew up in Brooklyn, New York. He grew up in New Orleans where his sisters and he were raised by a single mom. His mom did everything to support them; she took a job as a cafeteria worker to help make ends meet. As a child, he was totally involved in science and math. In fact, he was the first person in his family to go to college. He went to MIT where he got a degree in physics, and also found his passion for entrepreneurship and passion. After college, he got a high-paying job helping fortune 500 jobs with their manufacturing efforts. He traveled around the world and got to see food production done on a massive scale. He realized that the average consumer has no idea what’s in their food, and would be shocked if they knew how it was made.

Ronaldo has started his own business, Pet Plate. His mom has gone through a lot in her life and made a lot of sacrifices for him to get where he is. He gave up his job making over $250,000 a year, and can no longer help his family in the ways that he would like to. If he doesn’t get a deal from the Sharks, it’ll be hard to keep things going. So, to reinforce this, Ronaldo steps into the Shark Tank with a scruffy little furry buddy next to him.

Ronaldo Webb, along with pup Winston, are both from Brooklyn, New York. Ronaldo is the founder and owner of PetPlate, and Winston is their head tasting officer. Together, they are seeking $100,000 in exchange for a 10% stake in their company. PetPlate is the only company delivering freshly-made food, tailored for your pet, directly to your door. The Sharks have to be familiar with health issues plaguing Americans, which include things like diabetes, cancer, and heart problems. All of this, in some way, is involved with what we eat. Unfortunately, many of these issues are now finding these ways into our pets from feeding them the scraps of our overly-processed food supply chains. 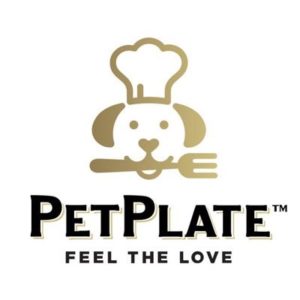 Over 60% of dogs and cats in America are overweight. Many animals are suffering from serious issues, such as diabetes and allergies. One in two dogs will die from cancer. So, PetPlate is solving this issue by educating and empowering pet parents to have healthier and happier pets. Who wants to see what actually goes into PetPlate? Ronaldo steps back to a table and explains that they only use all-natural ingredients in PetPlate. These are no different from what you might buy at a grocery store to feed your own family. Today, he brought the main ingredients for their lamb and vegetable dish. It contains very lean lamb, eggs, potatoes, and sweet potatoes, peas, carrots, and pumpkins. Ronaldo lists off the reason for each ingredient, and Winston can smell the food being cooked. Ronaldo is actually mixing the food before the Sharks, then offers them a chance to taste Winston’s favorite food.

Mark volunteers as the guinea pig, and Ronaldo passes samples out to each of the Sharks. Everyone but Mark is hesitant to taste, although when Mark tastes it, he admits that it’s actually delicious. Winston sits down on command before helping himself to his own fresh plate of PetPlate. Lori then clarifies if this is a home delivery service, which Ronaldo agrees with. Imagine it as plated, but all the food is freshly-cooked and ready to go from box to bowl, as soon as you get your delivery. Customers can sign up for a month, three, six, or 12, and the average subscription right now is three months. Kevin and Robert then ask about the pricing model. Right now, they charge for food by the pound, so it can vary for the price of your dog. If you have a small dog, like a chihuahua, it might be around 30 dollars per month. Comically, Winston is destroying the table that Ronaldo placed his food dish on. 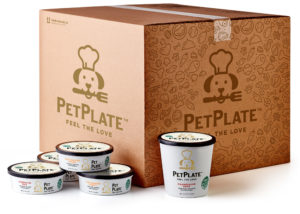 He continues on and explains the user experience; sign up on the website, put in the weight of your dog, then the website takes you to the meal plan options. You can sign up for a full subscription at 14 meals a week, which is spaced out in two deliveries a week. Mark asks about the price per week, but Robert points out that it is all based on the size of dog that you have. Mark then asks how many subscribers PetPlate has. Ronaldo explains that they just have 105 subscribers, and they have been in business for about 8 months. They are just hitting that mark. So far, they are based out of New York, but they can ship to anywhere within a 300-mile radius. He is laser-focused on making it an urban type of service.

Mark asks why he doesn’t have more than 100 subscribers, but Ronaldo says that he is currently a one-man show. Kevin then points to the models that currently exist; each company goes through a multi-year logistics problem of building centers in all of the major areas so they can fulfill their deliveries. PetPlate is different because their model is far simpler – it’s far easier to cook for a dog. They can cook through about 200 to 300 pounds of food in only 3 or 4 hours. Robert asks for Ronaldo’s background, who says that he was born in New Orleans, his mom was a cafeteria worker at the local school, then he went to MIT and graduated with a degree in physics. He realized that he wasn’t a savant who was going to discover gravitational waves, even though he really wanted to, but he found his passion for organization and entrepreneurship. He traveled all around the world helping fortune 500 companies with their supply chain and manufacturing, which is where he got the bulk of his pet food manufacturing experience.

Robert and Lori admit that Ronaldo is impressive, but Lori is curious – he quit his job then to run PetPlate full-time by himself? Ronaldo agrees, but he says that they are only losing a little bit of money right now because of the delivery curves. He also has fundraised no money and managed to start up PetPlate on a shoestring budget. He only put in about $80,000 of his own. Kevin’s big issue is that knowing the challenges they’ve had to get scale with similar projects, Ronaldo will need a ton of money. Ronaldo disagrees. They are doing over 150 deliveries a week with just one courier. 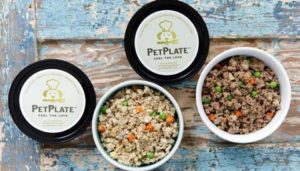 Robert then asks where the tipping point for the model is, and Ronaldo explains that when they hit 500 dogs, this suddenly becomes a half-million dollar business (which is about $1,000 a year per dog). Robert also asks, why doesn’t he create his own best pet food, a premium product, but not make it completely fresh? Why deliver it to people? Ronaldo says that it came down to having to put natural preservatives in his food, which he did not want to do. Lori actually sees Ronaldo as a real hero, but her concern is that she sees this as a challenging business because of obstacles that have to do more with “how many people will care enough to invest in fresh, home-cooked meals?” Robert has a point about pivoting; creating something that’s easier to sustain seems to make more sense but doesn’t fit Ronaldo’s mission. Lori is the first Shark out of the deal. Robert then says that he isn’t sure that the market is there; if there was a cause in the pet community that was as strong as this, it would have spread to more than 100 users. Robert is sorry, but he is also out of the deal.

Chris Sacca, this episode’s Guest Shark, speaks out and says he’s deeply conflicted. He hears about Ronaldo’s background and to obtain that is incredibly impressive. To go from a black kid in New Orleans to MIT is incredible, and he’s like the dream partner. The problem is that Ronaldo chose the one that he is competing with, which is because Chris Sacca is part of Uber Rush. They are moving couriers and food all over the world, so it’s hard for him to get excited about a company that will knock heads with him immediately. Chris is out with a conflict of interest.

Mark and Kevin are the two Sharks left. Mark things Ronaldo is amazing and all his accomplishments speak for themselves. Pet businesses are all-in businesses, and you have to eat, sleep, and think pets 24/7. Mark himself is not a pet 24/7 guy, so he advises Ronaldo to surround himself with people that have the same mindset. Kevin then says that he is living the scenario right now with his own business, Plated. The biggest issue for them right now is learning how difficult it is to scale. The biggest thing for Kevin is competition for customers. They are delivering and having sustained customers. Kevin admits that he is not interested in taking the journey with Ronaldo, and is the last Shark to exit out of the deal.

Since appearing on Shark Tank, PetPlate has taken off. The batches are prepared no more than 24 hours ahead of delivery time and come with the same goodness that our furry friends love and enjoy. The website says that there is “no B.S.” – no bad stuff. On the website, each meal can be found with a list of ingredients, as well as any special precautions or instructions if your dog happens to be allergic.

PetPlate meals are meant to be kept in the refrigerator and are good for up to one week. While you don’t have to actually heat the food up for your dog, the option is available if you want to provide your furry family member with a delicious meal. Unfortunately, Ronaldo has struggled to expand the business, which is something that Kevin made note of frequently. The only facility is the one facility that started PetPlate in New York City. The delivery location is still limited to a 300-mile radius, but PetPlate has promised one-day shipping.

While it’s hard to find any sales figures or determine the exact health of PetPlate, numerous options have been added to the menu. PetPlate now offers a free two-week trial, with the potential buyer just covering shipping. I think that PetPlate could see a lot of success and possibly found a model for healthier, happier dogs that result from eating locally grown and produced food.