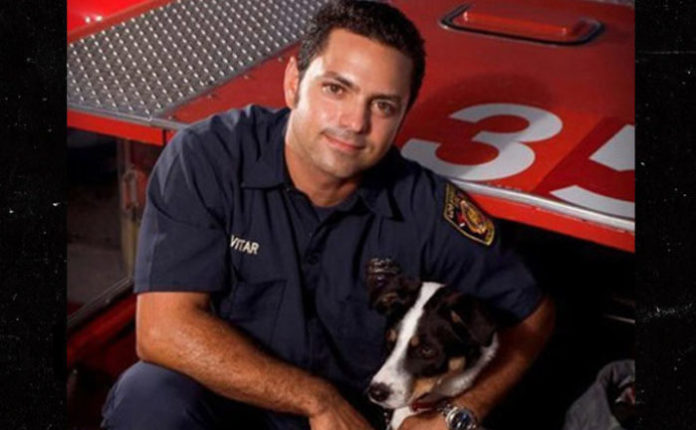 Mike Vitar was a fairly popular actor as a kid. He appeared in a variety of kids flicks between 1990 and 1997, then he disappeared from public view. I get that not all child actors are in it for the long haul, but most of them do small roles well into adulthood. Not Vitar, no, he knuckled down and decided to do something good for his community. He became a Firefighter in 2002 and remains one to this day. For most folk that would be the end of it, but no, Vitar has been in the news recently due to something other than his exemplary service for the LA Fire Department.

So let’s take a look at what happened on Halloween 2015 in Mike Vitar’s neighborhood.

Mike Vitar is no longer an actor, indeed, he is not really in the public eye at all anymore. He is married, has children and is working as a firefighter in LA. It’s a good job and a commendable one. The only story that has made it to the media is the 2015 assault of a young man by Vitar and three others on Halloween Night 2015.

Samual Chang was a student, living with his mother, and was looking forward to handing out candy to the children that night. They had bought quite a bit of the stuff, but unfortunately, there were few kids knocking on the door in his gated community. In a move that may have proved deadly, he had his mother drove down to his grandmother’s neighborhood, where he got the chance to pass out the candy, first from her porch, then he started walking around. 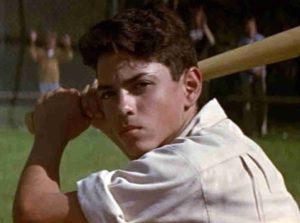 His actions prompted some local off-duty firemen, Vitar included, to begin harassing him. Questioning what he was doing there, handing out candy. Chang began to leave, and they began to follow. He kept facing the men, pulled out his phone and began recording, asking why they were following him. The claimed they weren’t, that they were no merely walking around the neighborhood. Chang could smell alcohol on them, and he pointed that out. They bristled, reacted by accusing him of handing out drug-laced candy, of being on drugs himself. Eventually, Chang decided to run, but the four men were too close by that point. Vitar’s friend, Eric Carpenter, dressed as He-Man began choking the kid.

The footage is difficult to watch. You can hear them chime in with justifications after the fact, with one saying his zipper was undone, which by the time the camera showed it, it was. For six minutes Chang was choked, and the assailants noticed he was both unconscious and not breathing. Vitar began CPR in an attempt to bring him back. It worked, and the paramedics arrived shortly after. Then we hear the second round of justifications, with the attackers swearing that Chang’s pupils were dilated just seconds before.

More recently Mike Vitar and the others on camera are being sued by Samual Chang. Vitar is still a firefighter, as are the others involved in the assault, due mostly to avoid a felony charge.

Mike Vitar was born on December 21st, 1978 in Los Angeles, California. He got his start in acting at the age of 12 when he was spotted in line at a carnival by a casting agent. He started working the following year, with a minor role in both Diplomatic Immunity and Brooklyn Bridge. His career stalled early, with little more than local commercials until being cast in The Sandlot in 1993.

The Sandlot was a hit, and Vitar’s performance as Benjamin Franklin “Benny the Jet” Rodriguez, was well received at the time. He did not appear in the eventual sequels though. I remember him better from D2: The Mighty Ducks, and it’s sequel. Loved those films when I was a kid. Vitar would act less and less in the years after D2, with his final role being in an episode of Chicago Hope in 1997. Fun fact, the older version of his character in The Sandlot is played by Vitar’s older brother.

Article on the assault.