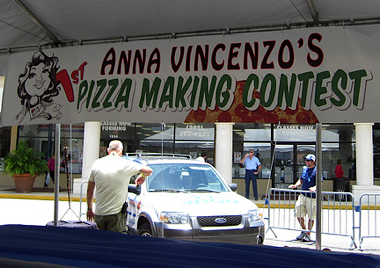 Boca Raton, Florida, is a wealthy community filled with stately homes, luxurious golf courses, and miles of picturesque beaches. It’s this good life that attracted Cece and her family to move there from New York, more than 10 years ago. Her father, a former pizzeria owner, helped Cece open Anna Vincenzo’s in 2001. Her father gave her over $300,000 to open the restaurant. Her father had also been in the restaurant business since before she was born. She had been around a kitchen since she was a baby. Now, Cece is raising her own family while facing the challenge of being an owner and head chef of Anna Vincenzo’s.

She is a self-taught cook, and she doesn’t think there are any rules in cooking. It’s her menu, so she cooks what she likes. However, she is passionate about what she does. After the restaurant opened, business was insane and she loved to come to work. The adrenaline was going and it was all great fun. And of course, she got to make money. About two years ago, things started to change. She doesn’t really know why or what happened. When it’s slow, she does not even want to come to work. In fact, she’s lost her desire to come.

Head server Ashton admits that Cece might be the biggest reason why they’re having so much trouble right now. She never really cares about what’s going on and will serve crap to a table. When she gets mad, she gets aggressive and angry. Ashton is positive that Cece is hurting now that business has gone bad. Now, the customers are gone and Cece doesn’t know what happened. Right now, Cece is in debt about $190,000 to her father. She stays up at night thinking how she can get him his money. One time, they only had five tables attend the entire night. Michael, Cece’s husband and manager of Anna Vincenzo’s, admits that the stress is building up on Cece, especially now that they have the weight of a child on their shoulders.

Outside of Anna Vincenzo’s, Gordon Ramsay pulls up in a stylish Chevrolet Escalade. He enters the restaurant and is actually impressed by the decor. Of course, he meets Cece right away and assumes that she is Anna Vincenzo. Cece is confident that he will like everything, as the menu has everything on there that she likes. Gordon is shown to his seat and makes himself comfortable. He can tell by the state of her apron that she is also the head cook. 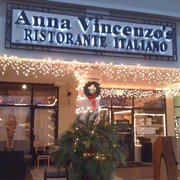 Gordon asks where Cece learned to cook, and she says that she learned from her father who had a restaurant since before she was born. Gordon points out the line cook, with white hair, who has been staring at him the whole time. Cece introduces her father and says that her husband is the head server. Michael helps her out since she needs it. Gordon shakes Michael’s hand and says that Michael looks “nice and smart.” He looks like he’s going to do a hit after dinner, Gordon jokes. Michael is dressed up dapper in a suit and tie. Michael admits that he sweats a little extra just to look nice for the customers.

Ashton, the head server, will be Gordon’s waitress for the day. So, he starts by ordering one of everything. She is in disbelief, but Gordon says that it’s a great way to understand the flavors and really get in touch with that Italian cuisine. Ashton says that the menu is enormous, and he must be insane as they will be there all day. In the kitchen, Cece is surprised that he wants one of everything and asks Ashton to go back out and clarify. This will definitely be harder than she thought.

Gordon actually hasn’t seen the menu, so Ashton hands him one for a quick look. There are more than five pages, and Gordon immediately heads to the kitchen. This was a joke since he hadn’t even looked at the menu, and there must be hundreds of items on there. Cece can breathe a sigh of relief. Gordon seats himself back down at his table and orders a salmon divino, a snapper Anna, and the favorite del nonna. In the kitchen, the chefs receive the order and start preparing his meal.

Gordon Ramsay receives the salmon divino salad first. He says that it looks like a “f***ed-up version of a science lab,” but digs in. The salmon is dry and overcooked. To make things worse, the dish is plated with long, sliced cucumbers that almost look paper thin. Gordon then asks Ashton if the salmon is fresh or frozen, but she does not know the answer. It tastes frozen, so he asks Ashton to ask Cece. Cece replies that the salmon is fresh, but is frozen. It’s like eating a piece of cardboard, and he is sure that this is Florida’s worst dish ever. Cece already shows signs of stress, as Gordon is there to help her, not belittle her.

Next up is the snapper Anna, which Cece says he better like or she’ll kick his ass. The food arrives at Gordon’s table, and he asks where the snapper is. Ashton says the snapper is under all the condiments, but the dish looks like a dog’s dinner. Gordon digs in and tastes mush. He calls Michael over and asks for him to take a bite of the snapper Anna. It is soggy and should have been baked a little longer. The meal is disgusting. He sends it back and asks Michael to have Cece taste it in the kitchen.

Cece is starting to get mad and threatens to not cook the rest of the food for Gordon. He can hear her out from the floor and points out that she’s getting mad. He also muses if she always shouts like she is. Cece then forces Ashton to tell him that there are starving people in the world, and she does not want to throw the food in the trash. Cece starts cursing him, and her father joins in. When Ashton arrives, Gordon interrupts her and says that if Cece has something to tell him, she can do it herself. However, he is here to eat and taste the food, and if there’s a problem, she can take it up with him after he’s through with the first part. Of course, when the next meal comes, Cece is the one to deliver it, and the two start off their rescue of Anna Vincenzo’s with an incompetent yelling match.

Anna Vincenzo’s is closed. This does not come as a surprise, thanks to Cece’s poor attitude. Prior to the close, Anna Vincenzo’s had a very weak 3-star rating across only 4 different reviews on Yelp. Most of the reviews slammed the poor quality of the food. It also appears that Anna Vincenzo’s became quite popular prior to Kitchen Nightmares thanks to Groupon. 2 of the 4 reviews on Yelp mentioned that they should have let their gift certificate expire, as the food was horrible. The restaurant space is now occupied by a business that is not even a restaurant.