Windward Board Shop After The Profit – 2018 Update 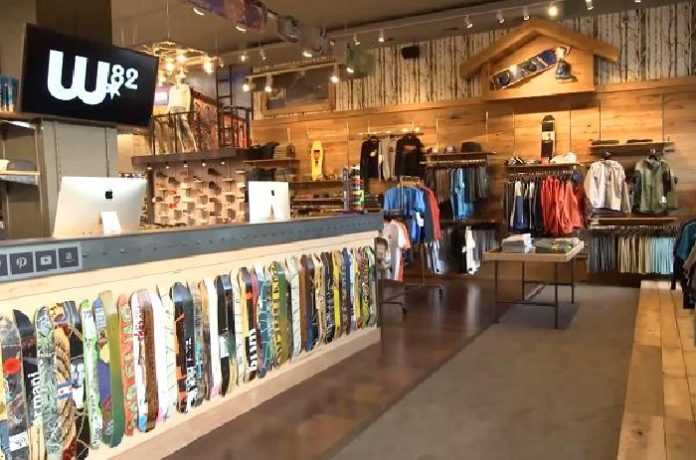 Windward Board Shop Before The Profit

When Marcus Lemonis visited snowboarding and skating goods business Windward Board Shop in early 2017, he found a business suffering from a lack of communication between the owners, and in debt because of a poorly researched expansion attempt into a second store.

The original Windward Board Shop in downtown Chicago had been founded back in 1982 and was a well-known name in the city for active sports enthusiasts. The owner had retired in 2010 and the business was bought by three friends, Chris Currier, Tony Anasenes and Jess Bell. In the first three years the business was profitable, but after the decision to open a second location was made, in the affluent Highland Park area of Chicago, the steady profit of the company had turned into a rapidly increasing loss.

Windward Board Shop on The Profit

Marcus Lemonis lives in Chicago, and when he first visits Windward Board Shop and meets Chris, he mentions his familiarity with the store, he’s walked by it for years. Marcus knows that Windward is a well-known name, but he’s surprised at some of the products that are on offer. There are enormous paddle boards taking up lots of space, which he learns are only making a small profit, and there’s not a section for women, even though they represent 50% of all sales in every sector of the market.

The active sports sector of the market is a rapidly growing one, but Marcus finds the products on offer have a narrow range, appealing to only a small number of customers. He thinks there are too many low sale items taking up too much space, and a greater range of goods could bring in far more business.

Marcus sits down with Chris, Tony, and Jess, and discovers Chris provided most of the initial capital to buy the business and has a 56% stake in it. Tony owns 34% and Jess just 10%, which Marcus later learns was a reduced amount as Jess had previously left to have a baby. The business was profitable until the second location in Highland Park was opened, and that’s been a disaster for the finances. Marcus discovers why when he visits Highland Park, the store is empty. Highland Park may be affluent, but it also has a much older demographic, and there’s not a skateboarder to be seen around the area.

Marcus talks to Chris about the cost of the new location, he learns that the expansion was funded by a $390,000 loan, and now the location has turned a previously good profit for Windward into losses of $250,000 a year, even worse the company is locked into a five year tenancy contract with the owner of the building. Marcus also learns that Chris funded his investment with money he inherited from his father, and he’s committed everything, both financially and emotionally, into making the business a success.

Marcus is prepared to make an offer to help Windward, but he has some big changes planned. He wants a 50% stake in the business, in exchange for an investment of $500,000. Chris suggests a deal of $600,000 in exchange for 40%, but Marcus insists he wants a 50% stake, however, he will increase his investment to $600,000 if the Windward trio can liquidate $200,000 worth of excess stock in 30 days. This will open up shelf space for a wider range of products appealing to a greater customer base, and the dead stock isn’t the only part of Windward Marcus wants to get rid of.

The Highland Park location has to be closed, and Marcus has the money and ability to solve the five year contract problem, he arranges to buy the building, thereby releasing Windward from their contractual agreement, and as a close-down sale begins there, Marcus renovates the unused basement area at the downtown location to utilize 2,000 square feet of unused space.

Jess impresses Marcus with her leadership while organizing the closure of the Highland Park store, where she acts as manager, and Marcus learns that although she agreed to a second store, Chris and Tony decided on its location without consulting her. Marcus tells Chris and Tony that they need to take responsibility for the poor decision to open a second store in Highland Park, feeling that they are unfairly blaming Jess for its failure, and he also learns that Jess wasn’t even informed that the company had lost $250,000 in the last year, and tells Chris to improve his communication with his partners.

Chris also comes under fire for his decision to have a booth at a Boat and RV trade show, Marcus can’t see the point, and he thinks the display is the worst he’s ever seen. Marcus gets the Windward staff to catalog the profit margins on all the products stocked, and anything that’s generating less than a 50% markup has to go. The new space in the basement begins to resemble something organized and professional rather than a ‘garage sale’, and Marcus discusses the new focus for the store with the staff.

Marcus wants a far broader focus and range of goods, appealing to other active sports interests such as hiking and biking. Sales associate Selena reacts badly, and she angrily tells Marcus that that’s not how they approach their customer base, but he responds by calling her ‘so self-righteous’, and with good reason. With the three partners communicating much more clearly, and with a good idea of what products they should be stocking in the future, Marcus takes Jess and Chris to the Agenda trade show in Las Vegas, where Jess excels once again, showing a real intuitive flair for buying. Marcus wants Jess to take over as company buyer, and although Chris seems initially unhappy to be passing on the responsibility, he agrees when she points out it will leave him free to concentrate on other issues.

With a new stock-line, and customized snowboarding and skateboarding sections in the newly renovated basement, Marcus wants a new snappier name for the business too. After the staff discusses it, everyone finally agrees on W82, it’s slick, short and simple, and Marcus points out that the less someone has to type, the more likely they are to visit the online store. The main retail space is renovated too during a brief period when the store is closed, but after that everything is ready for a completely fresh start with the launch of W82, and there’s not an unprofitable paddle board taking up loads of space in sight.

There’s a skater cave and dedicated snowboarding section downstairs, and a whole new swimwear and women’s section upstairs, as well as an electronics section selling drones and go-pros, and the last thing Marcus wants to discuss before the re-opening is the ownership of the business, in particular, Jess’ share of it. Marcus feels that Jess’ contribution deserves more than 5% equity, and he’s prepared to offer all three partners a bigger slice. He reduces his own stake to 40% in order to give Jess 10%, while Tony takes 20% and Chris gets 30%, and all three are impressed by his generosity.

With everyone communicating better, a completely re-vamped store, and a diverse range of new products, the re-launch of W82 is attended by a large crowd, and Marcus sees W82 as being a brand that can become iconic in time, and then the partners can look at expanding, but this time he’ll be the one choosing the location.

Windward Board Shop After The Profit – 2018 Update

With the unprofitable Highland Park location closed, and 2,000 square feet of extra space in the downtown store, the W82 business is now back to its former glory, and it’s not just the brick-and-mortar end of the business where Marcus’ influence can be seen. There’s an achingly cool website that’s filled with a huge range of products, all accompanied by stylish shots of beautiful people doing exciting things, all exactly what you’d expect to see from a cool and professional active sports store.

The largest marketplace on the internet, Amazon, is also a huge online market for W82, there are well over a thousand items from the company for sale there, and the new look W82 also formed a partnership with Snowboarder magazine in mid-2017 that’s helped increase their public profile too. But most impressive of all of the improvements are the customer reviews for the new look store, and they are outstandingly positive and unanimously good.

Yelp averages reviews of W82 at 5 out of 5 stars, and there’s a ton of praise for the helpful and knowledgeable staff as a common theme for most of them. There’s the odd dissenting voice complaining about the loss of those bulky paddle-boards, but those individuals are drowned out by the heaps of positive praise coming from the large numbers of new customers, that the more diverse new product range seems to be attracting.