Detroit Denim After The Profit – 2018 Update 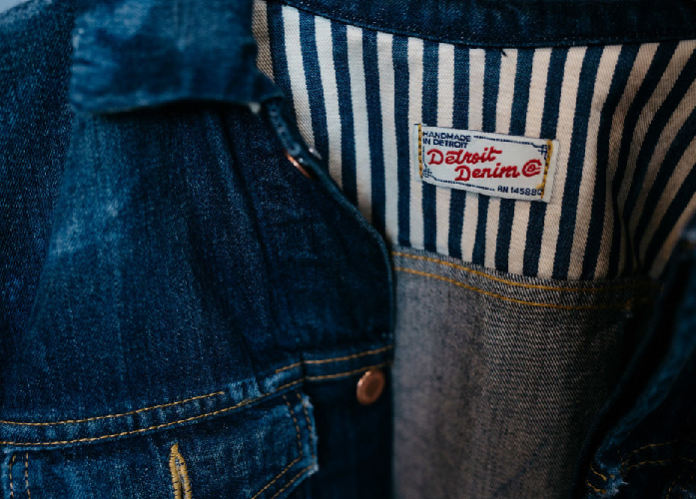 Detroit Denim Before The Profit

When Marcus Lemonis visited the Detroit Denim Company, he found three owners who were struggling to understand why sales had dropped and the business was struggling. Main equity shareholder Eric Yelsma had founded the company in 2010, but he was determined to keep the business focused on men’s jeans, any other type of business was something he shied away from. In 2012 Eric was joined by Brenna Lane, who was obsessive about the tiny details of the manufacturing process, and terrified of making any changes to the structure of the business.

Eric and Brenna were in a relationship, and they also had a third business partner, Steve Wisinski, a certified accountant who kept the books, but Steve’s only real interest in the business was the money. Marcus had invested over $15 million in fashion businesses and knew the potential profits were huge for Detroit Denim if only he could turn things around and increase the meager profits they made into something more substantial.

Detroit Denim on The Profit

When Marcus first visits the Detroit Denim store, he’s impressed by how cool it looks. Brenna and Eric have connected the manufacturing and retail processes, and their biggest pride is the fact that all their jeans are made right here in Detroit. But Marcus quickly notices that there are only men’s jeans on offer, and only in a raw, original state, there are no stonewashed or customized jeans for sale.

Eric admits that Brenna has suggested opening a ladies section, but he wants to focus on just one narrow slice of the market, and ultimately he makes the final decision. Brenna oversees the manufacturing process, and she’s so obsessive over tiny details, that she’s created a 67 step process that results in each individual pair of jeans taking over three hours to make. Marcus experiences this convoluted process for himself and compares the unnecessary complexity to a formula for launching a rocket

Marcus also meets stitchers Kevin and Marguerite, they both have ideas for one-off customized designs, but Eric is far too rigid, and won’t even consider selling anything but traditional men’s jeans, he doesn’t see the products as fashionable, instead, they’re just functional to him. Marcus tells him that although his insistence that all the products are made in the US is commendable, his attitude is stifling the creativity of his workers, and it has to change if the company has a chance to flourish.

Marcus meets Steve, the company accountant. Steve only has a 10% stake in the business but he’s responsible for doing the company accounts, however, they haven’t been kept up-to-date. Marcus is prepared to make a deal, and offers a $300,000 investment, but only in exchange for 51% of the company. Eric tries to bargain for a lower equity stake, but Marcus will not change his offer, and eventually, Eric and the other partners agree to Marcus’ offer.

Now in control, Marcus firstly concentrates on the profit margins, which have dropped from 37% to 25% in the last year, and his solution is to expand the range of goods on offer. Eric is typically resistant to the idea, but after a visit to a thrift store, everyone works on embellishing and customizing the items they have bought, and Eric finally realizes that a huge profit can be made with a few simple alterations to standard clothing items. Brenna initially resists working without a rigid structure she can rely on, but she also enjoys just designing something for pleasure and agrees to simplify her controlling nature in the manufacturing process.

Another meeting with Steve reveals that he’s no longer interested in doing the company accounts, instead, he wants the other partners to buy him out. Brenna, still afraid of changing things, tries to convince him to stay, but it’s clear he wants to leave. Steve agrees to complete up-to-date financial reports and catalog the inventory, and when that’s complete he agrees to his initial investment being returned, with Marcus buying his remaining 5% share in the business for $25,000.

Brenna manages to simplify her 67 step manufacturing process to only six steps, and jeans now take only 30 minutes to make, instead of three hours. But Eric is still resisting any change to the focus of the business being purely on men’s jeans, and Marcus has to convince him that there’s no way that such a narrow focus can ever produce decent profit margins.

Marcus wants to diversify into a women’s jeans line, bags, belts, leather goods, jackets, and accessories, where a 70%-80% profit margin can be achieved. The three partners interview several local designers, and although Eric is once again dismissive and negative about changing the product line, ultimately it’s Marcus that has the final say now, and several new designers are hired to provide new creative vision.

A day at a local Detroit market followed by a trip to America’s biggest denim festival, the Denim Days festival in New York City, finally convinces Eric that there’s a huge demand for one-off and customized items, and even though fashion was a dirty word to him before, Marcus tells him that Detroit Denim is now a fashion business, and the profits are going to be huge.

With Brenna now freed from her compulsive control and need for a rigid structure, and Eric positive about opening up the product line to a far bigger, and more fashion-conscious, customer base, Marcus confidently predicts that revenue, already up 25% since he joined the company, should quadruple in the next 12 months.

Detroit Denim After The Profit – 2018 Update

It’s only been four months since the Detroit Denim episode of The Profit first aired, but already the influence of Marcus Lemonis, now a 56% majority stakeholder in the company, is easy to see. Marcus had set aside $50,000 of his initial investment for research and development of new product lines, and Detroit Denim is now offering a lot more than just jeans for men.

The company website firstly boasts a selection of jeans for women, which must increase their potential customers by 100% for a start, but the ladies will likely be looking at more than just jeans, there’s also a wide selection of cool looking bags and accessories for them to choose from, as well as T-Shirts, jackets, and aprons, all of which are presented on a cool site as stylish as any other high-end fashion retailers.

Although Eric’s reluctance to cater to a fashionable crowd has clearly been overcome, his creative side is also showing, with customized copper buttons, and a workshop for customers to design their own unique pet collars on offer. Detroit Denim now has 15 full-time employees, some of whom are the designers interviewed on The Profit, and production has increased to 15 pairs of jeans a day, which would have been impossible under Brenna’s old 67 step process.

The most positive impression given is that from the reviews of the company. There are over 100 of them on the Detroit Denim Facebook page, and 90 of them are a solid five-out-of-five stars, with another ten at four stars. Many reviews make mention of Eric’s excellent attitude, passion for his products, and friendly professional nature, and it’s clear his passion for locally-produced Detroit Denim is a big selling point. An occasional complaint is made that there isn’t a huge selection of sizes, but they are a tiny minority compared to the overwhelmingly positive reviews. For the future, Eric has hinted that expansion is the next big objective, and he and his partners plan to bring Detroit Denim products into a dozen or so independently-owned boutiques across the country sometime later in 2018.